BACK TO ALL NEWS
Currently reading: New 2021 Lamborghini Countach images leak online
UP NEXT
Spending 48 hours touring in a Ferrari Roma

Images appear on social media; Sant'Agata had previously confirmed that the second of its 2021 unveilings will be inspired by 1970s supercar
Open gallery
Close

Leaked images of the new Lamborghini Countach have appeared on social media, ahead of the official unveiling tomorrow evening.

In a shock announcement, Lamborghini had previously confirmed that it would revive the hallowed Countach nameplate for a new supercar.

The second of two models confirmed for a debut in 2021 by CEO Stefan Winkelmann earlier this year, the reborn Countach will take its powertrain largely from the Sián hypercar, mating the firm's 6.5-litre V12 with a supercapacitor for enhanced acceleration and lower emissions.

Sant'Agata had previously confirmed nothing else about the new arrival, save for previewing its striking wedge-shaped silhouette, already clearly influenced by Marcello Gandini's original design for the Countach. Interestingly, the firm appears to have taken inspiration from the earlier, LP400-generation Countach, which went without the outlandish rear wing associated with later models.

The leaked images, posted to Twitter by user @salomondrin, show clear inspiration from the original, with a familiar side profile and trademark angles.

Given we know it will fundamentally share the Sián's powertrain, total output will be somewhere in the region of 800bhp, which means it will likely closely match the Sián for straight-line speed, too: 0-62mph in less than three seconds and a top speed of nearly 220mph.

Expect styling influence from the Countach to extend to straighter and more clearly defined body lines, reshaped lights at each end and various nods to the 50-year-old legend's defining design cues. A gaping side air intake is likely, for example, as are concave wheel designs and perhaps even two-piece side windows.

Having spoken exclusively to Winkelmann, Autocar understands the Countach will be a limited-run special in the vein of the Sián and Ultimae. Importantly, it will be the last Lamborghini to feature supercapacitor technology; Winkelmann said: "A supercapacitor, in our opinion, is a bridge technology which does not fulfil the needs we have for the future to reduce emissions." 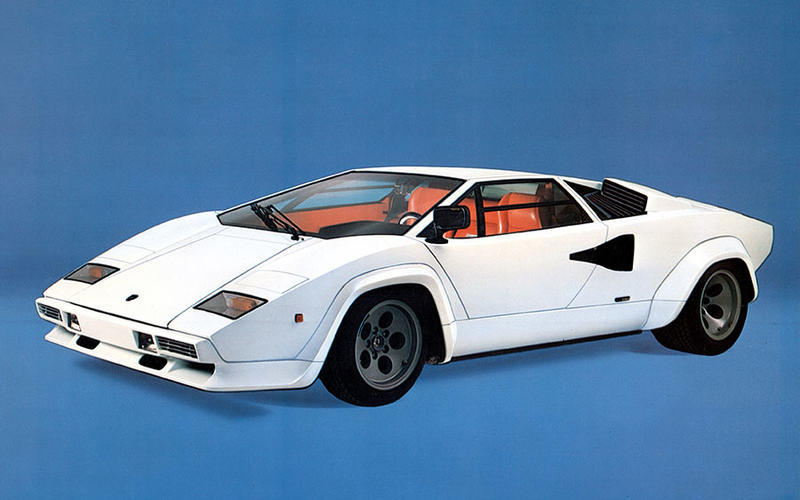 The Countach will be followed in 2023 by the long-awaited successor to Lamborghini's Aventador supercar flagship, which will keep its V12 engine but adopt plug-in hybrid power as the firm accelerates its transition to electrification.

Lamborghini has so far remained tight-lipped about when we will see the Countach, saying only: "Future is our legacy. And the new Lamborghini Countach is coming." The two biggest motoring events on the horizon are the Munich motor show in September and, before that, Monterey Car Week in California. The latter seems a more likely venue for the unveiling of a highly exclusive supercar.

Celebrating the Lamborghini Countach at 50​

I posted previously about a monumental 'balls-up' in the making. Have not changed my mind, styling hints at Countach but is in no way exciting or 'other worldy' like the original, and the carefully crafted PR release alerting everyone to the fact that it will be very limited in production only serves to highlight that the use of the Countach name, and legacy, is regrettable at least?

I understand the engine is great Peter, and well suited to a Lamborghini. However high performance cars in 2021 seem to all have good transmissions, except the one Lamborghini use in their V12s. I'm just disappointed they stuck with a (in fact the only) transmission noted to be below grade, when sister company Porsche's excellent PDK would easily handle the torque.