BACK TO ALL NEWS
Currently reading: Mulgari pays homage to BMW M cars with Icon03
UP NEXT
Hope for Bloodhound LSR project as sponsor talks start again

British design house Mulgari has unveiled the limited-edition Icon03, a restyled and retuned version of the BMW M240i coupé.

Rebuilt, painted and trimmed at the company’s Berkshire headquarters, the Icon03 features a range of weight-saving and performance-enhancing modifications aimed at preserving what Mulgari calls “the pedigree” of BMW’s M cars.

Just 25 examples will be built, powered by BMW’s turbocharged 3.0-litre B58 engine in a state of tune that produces 435lb ft and less than 500bhp.

The company states that “outright performance of the engine hasn’t been a focus”, prioritising instead a balance of usability and engagement.

Underneath, Mulgari has carried out as-yet-unspecified modifications to the steering and suspension components, although a company spokesman said the M240i was chosen for its acclaimed chassis. 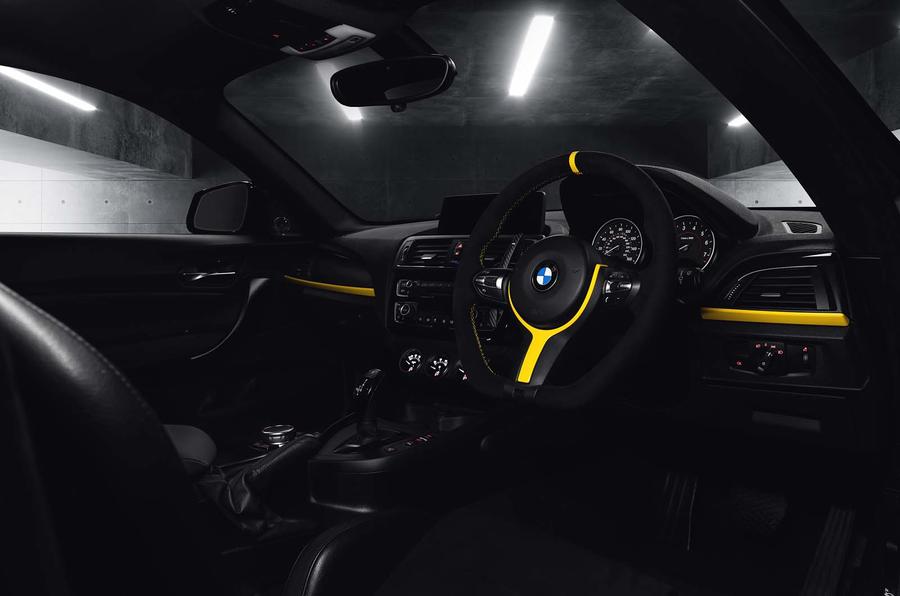 Although exact performance and modification details remain unconfirmed, Mulgari has named Akrapovič, Peron, KW and others among the companies that have contributed to the project.

The spokesman said the Icon03 was conceived two years ago but has come to be viewed as “a swansong for the rear-wheel-drive BMWs”, following the unveiling of the new 1 Series as a more practical, front-driven hatchback.

In July, Mulgari will take the Icon03 to the Nürburgring to set an expected lap time of around 7min 30sec, which would be almost half a minute quicker than the standard M2.

Exact pricing and specification details are expected to be announced in the coming weeks, but expect the Icon03 to cost from around £69,000. The standard M240i is listed at £43,085.

New BMW M8 revealed with up to 616bhp

2) Mulgari is in Administration, who in their right mind would buy this car when they might go bust any minute??

£69k for a car tuned, excessive wear on mechanical components, who provides warranty ?  Certainly not BMW...  with the future of mulgari uncertain as a business...  risky buy...  or pointless buy.

Better to buy an M2 Competition and get it tuned by a host of tuners for less.