Lexus has showcased its EV ambitions with the radical LF-Z Electrified concept, which “incorporates driving performance, styling and technologies that Lexus plans to realise” with its next-generation electric cars.

The Japanese premium brand was one of the frontrunners in the first wave of electrified production cars. It now aims to build on that heritage by launching 20 new or upgraded models, of which 10 will be hybrid, plug-in hybrid or fully electric, by 2025.

Lexus has hinted at plans to launch sports cars, “cars appropriate for chauffeur driving” and “models in entirely new categories” as part of this new strategy, and it will reveal the first two additions to its line-up later this year.

The LF-Z concept gives clues as to what to expect from the brand’s new-age electric cars. Unlike Lexus’s first production EV, the UX 300e, the LF-Z sits atop a new dedicated EV platform and appears lower-slung, with fewer SUV-inspired design cues, in line with its performance aspirations. 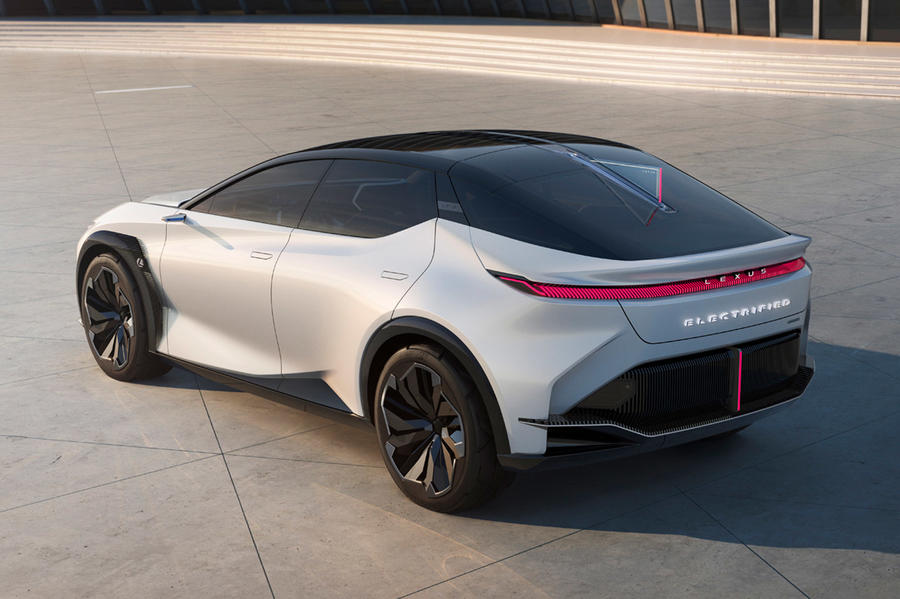 While the ‘spindle’ motif at the car’s front references the grille shape used by Lexus’s current cars, the LF-Z points to a drastically different design for the upcoming electric Lexus models. Some of its details will be heavily toned down for production, though, such as the unique wheel-arch designs and prominent roof fin.

However, Lexus hints that the slim rear lights and new brand logo will become a hallmark of its future EVs, which will be characterised by a “simple and captivating shape rooted in strong proportions and a distinctive appearance”.

The interior layout – which Lexus refers to as a cockpit – suggests a driver focus for the new EV family. An augmented reality head-up display and steering-wheel mounted controls seek to minimise driver distractions, while low-mounted displays, pillarless doors and a dimmable panoramic roof are said to create a “feeling of openness”. 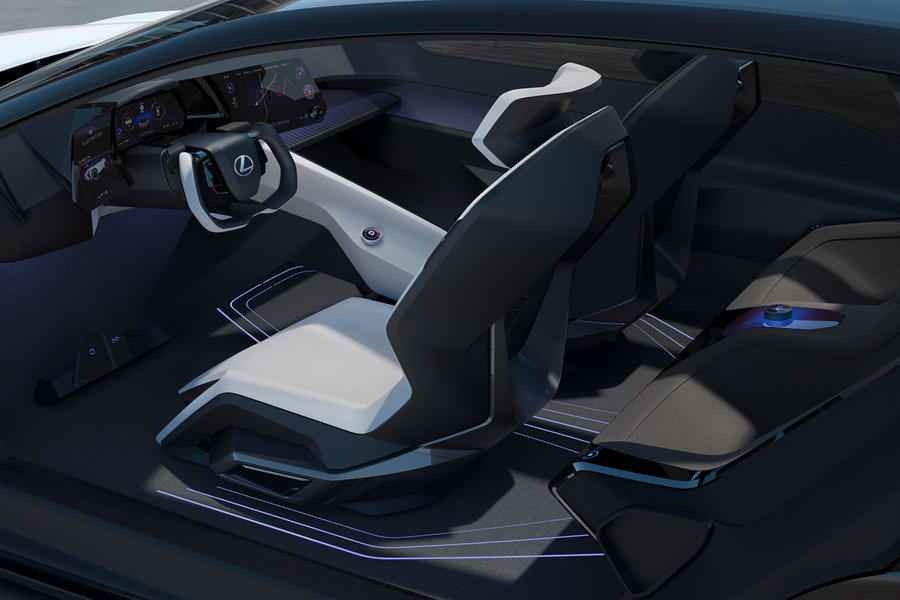 Artificial intelligence technology in the LF-Z allows the car to “act like a lifestyle concierge” by giving navigation assistance and learning the driver’s preferences and characteristics. Various functions can be operated using a dedicated phone app.

The LF-Z is powered by a rear-mounted motor producing 536bhp and 516lb ft and is equipped with a new Direct4 four-wheel drive system that can send power to the front, rear or both axles as required. The 0-62mph sprint can be dispatched in a claimed 3.0sec and the top speed is 124mph.

The steering, uniquely, uses a by-wire system, which eliminates the mechanical link between the steering wheel and the drive wheels. Lexus says this improves precision and reduces vibration. No series-production car has yet used this technology.

A 90kWh lithium ion battery is mounted lengthways under the car’s floor. It can charge at up to 150kW and offers a WLTP-certified range of 373 miles.

Your comment regarding drive by wire steering is incorrect.  Infiniti introduced it a number of years ago, and it was heavily derided by your road testers.

The LF-Z is powered by a rear-mounted motor producing 536bhp and 516lb ft and is equipped with a new Direct4 four-wheel drive system that can send power to the front, rear or both axles as required. The 0-62mph sprint can be dispatched in a claimed 3.0sec and the top speed is 124mph.

Funny that these journalists who test these stunningly fast electric vehicles never mention how much all that performance costs to insure. But I guess that if you can afford to buy one of these cars...