BACK TO ALL NEWS
Currently reading: Koenigsegg Regera: customers to get development car drive in November
UP NEXT
Next Mazda MX-5 to maintain driver focus with petrol power

Koenigsegg Regera: customers to get development car drive in November

Buyers of the Koenigsegg Regera will get to experience the car in November, four years after it was revealed
Share
Open gallery
Close
Share story

Koenigsegg boss Christian von Koenigsegg has confirmed that customers awaiting a Regera will be offered an experience in a development car in the coming months, ahead of deliveries commencing.

The Regera was first revealed at the 2014 Geneva motor show and is expected to be delivered to customers next year - five years after its initial announcement.

Currently, the manufacturer is crash testing prototypes, and von Koenigsegg that the final car will be ready for test drives “soon-ish”.

These new developments were announced during a fan Q&A session on the brand’s social media.

Since the car appeared at the Geneva motor show most recently in March, Koenigsegg has worked on improving the 9.3kWh battery pack of the car's hybrid system. A power output of 660bhp is claimed for the electric system alone, which combines two motors at the rear and one on the crankshaft.

Koenigsegg describes the system as the world’s first fully flooded battery pack, in which the coolant reaches all areas through the battery pack, rather than specific points, for more effective cooling than traditional systems. 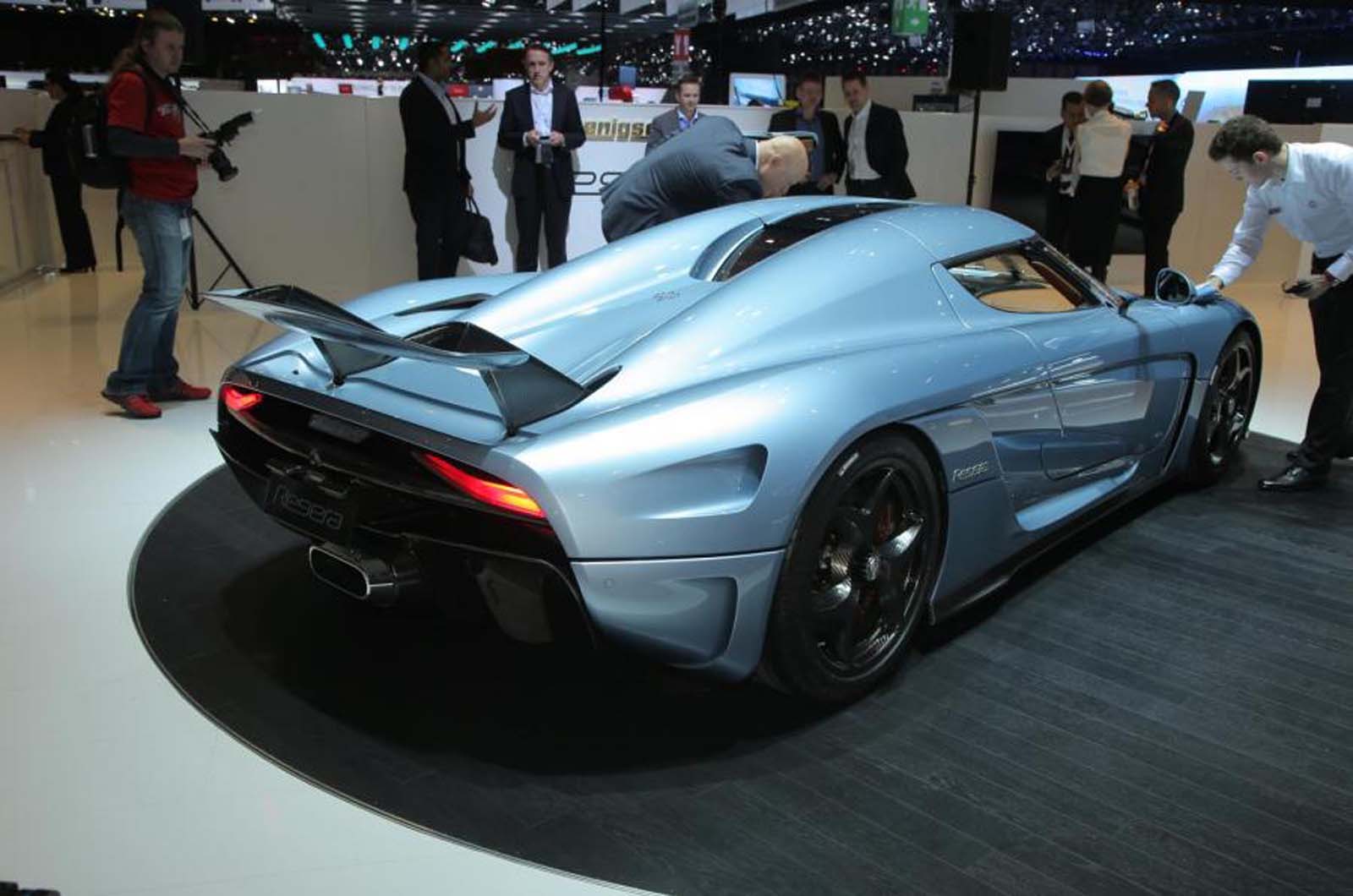 Despite the car’s initial advent at the 2014 event, a “near-running” prototype was displayed at this year’s Geneva show.

The car’s lack of transmission suggests the end of manual gearboxes from Koenigsegg, but the company boss clarified that on other models, customers could equip a manual transmission if so desired. He refused this option for the Agera RS, though, given the re-engineering work required to fit one.

Design of the Regera was a collaboration between von Koenigsegg and his brother-in-law, a car designer, with von Koenigsegg tweaking ideas that the designer showed him. “Who came up with what is a little difficult to say in the end,” he said.

Just 80 examples of the hybrid hypercar will be made. They were announced at the car’s unveiling to cost $1.89 million (around £1.23m at the time) each, pre-tax.

The Regera is described as more comfortable and luxurious than the Agera, the replacement for which is due to be revealed at next year's Geneva motor show, and it will sit alongside the upcoming model as the brand’s second model line.

Despite the spreading of the brand into two markets, von Koenigsegg insisted that it would not spread to the supercar segment to compete with Porsche and Ferrari, given the saturation therein.

“The big players have been at that game for a long time now. They’ve perfected that game,” he said. If Koenigsegg were to produce a car for this market, it would be too expensive to be competitive to interest the market, he said, adding: “It would be fun to throw a few more hornets in the nest, but right now we have other priorities.”

Nodding at the brand’s previous intention to rescue Swedish brand Saab before it went out of business, von Koenigsegg also clarified that the company is too small to produce mass-market models using its camless technology and instead would pursue providing the technology to existing mass-market manufacturers.

Some of us Autocar readers enjoyed the full road test of the Bugatti Veyron.

Is there a possibility we could have one on the Koenigsegg Regera.

By all accounts some people have discovered that Christian Konenigsegg is a modest man.

So maybe he would give Autocar the opportunity to test the Regera.

It would be fairly easy to organise I would have thought.

Especially since Autocar testers are travelling the world to test other cars.

Jay Leno met Mr. Koenigsegg recently in California and he told him that 20 Regeras have been manufactured so far.

on public roads, and am looking forward to the day of mandatory automatic speed restriction on all vehicles. That said, advanced creative engineering is intrinsically beautiful, and speed as a measure of the quality of engineering is an entirely separate matter. Christian Von Koenigsegg belongs in the company of engineering visionaries such as Chapman, Campbell, Ferrari, Pagani, Ferdinand Porsche et al, and the world would be a considerably less advanced place without them. We should also equally celebrate automotive engineers whose achievements are measured by qualities other than speed, Soichiro Honda for quality control, Issigonis for lightness and packaging, Ford for efficient production, the Frenchman or woman that designed the DS's suspension, the team that designed the Jeep for rugged resilience and all the engineers and technologists working on alternative fuel and power sources and overall efficiency.

Cars really are the most diversely wonderful consumer products.

One delivered in the US

Odd statement from Koenigsegg, as there's a customer car that was delivered to a collector in the US. It was recently featured at Pebble Beach an driven/filmed by Jay Leno, Shmee150 and others. It's the red one with aero kit and was delivered a good 6 months ago.