BACK TO ALL NEWS
Currently reading: Jaguar E-Type reborn for 60th anniversary with modern upgrades
UP NEXT
Hope for Bloodhound LSR project as sponsor talks start again

Jaguar's Classic division is marking the 60th anniversary of the seminal E-Type sports car with an ultra-exclusive run of launch-specification restored cars.

The E-Type 60 Collection comprises a pair of restored Series 1 models - a coupé and a convertible - based on the two cars that were used for the E-Type's famous public debut at the 1961 Geneva motor show.

Named the 9600 HP and the 77 RW in reference to the numberplates of the two cars driven overnight from Coventry to Switzerland ahead of the first press drives 60 years ago, the cars have been faithfully restored, largely to factory specification but with a few subtle concessions to modernity.

The 3.8-litre straight-six engine remains, for example, but features an uprated cooling system and electronic ignition and sends its 265bhp reserves to the rear axle through a new, bespoke five-speed manual gearbox with a synchromesh on each ratio and helically cut gears for smoother changes. 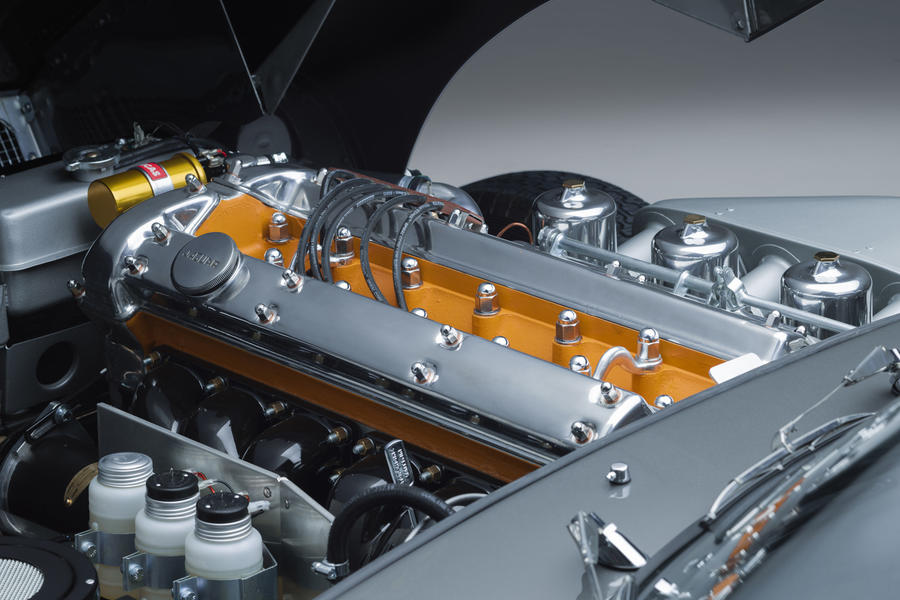 Jaguar Classic has also fitted a stainless-steel exhaust system in place of the original mild-steel item; this gives a “deeper tone” and should last longer.

Visually, the cars are all but identical to their historical counterparts, down to their unique Flat Out Grey and Drop Everything Green paintwork - tones named in reference to the high-speed overnight journeys to Switzerland by Jaguar PR manager Bob Berry and legendary mechanic Norman Dewis.

Subtle touches, however, including a modern Jaguar infotainment system, bespoke badging and a hand-finished route map engraving on the centre console set them out from standard E-Types.

For the coupé, the route map is accompanied by Jaguar founder Sir William Lyons’ famous words to Berry upon his arrival in Geneva: “I thought you’d never get here”.

In the convertible, this phrase is swapped for “Drop everything and come now,” which is what Lyons told Dewis over the phone when he realised that he needed a second press car in Geneva.

Just six pairs of restored cars will be sold, with interested parties invited to contact Jaguar Classic directly to place an order. Next summer, owners will be invited to take part in “the ultimate E-Type pilgrimage, retracing Berry's and Dewis’ route from Coventry to Geneva “to create their own E-Type memories”.

Prices have not been publicised, but given that Jaguar Classic's Reborn 3.8-litre E-Type comes with a price tag of around £315,000, the exclusive pair can be expected to cost around £650,000.

Jaguar E-Type at 60: return to the Jabbeke Highway​

A history of the iconic Jaguar E-Type​

Log in or register to post comments
MarkII 13 March 2021
At that price it's highly unlikely they'll ever be driven and instead will sit with other unused investments, in some climate controlled collection. Sad.
si73 12 March 2021
Still a beautiful car, and it can be used more easily with the modernised running gear, but at that price and exclusivity, the chances of seeing one in use is even more remote than seeing a standard classic, shame.
jagdavey 12 March 2021

I guess this is the future of Jaguar, forget about building modern cars and concentrate on bringing back cars from the past and making vaste profits in doing so.