When an exclusive new two-seat sports car is built entirely for driving pleasure, with radical styling, butterfly doors, a carbonfibre backbone chassis, race-bred doublewishbone suspension and a highly tuned, mid-mounted engine, you can bet your mortgage it will turn out to be very large and very expensive.

This is the immutable law of the supercar, established over decades, and you’ll search in vain for anything European that breaks it. However, a brand-new midengined sports car from India’s biggest car maker, Tata Motors, kicks the established rules into touch. It is cheap to buy but exclusive. It is cheap to build but sophisticated. It is imposing and spacious inside but shorter than a Mini. Called the Tamo Racemo, it was revealed to great acclaim at the Geneva motor show in March.

But as Tata officials have made clear from the outset, there is much more to the Racemo’s appearance than the mere debut of an appealing driver’s car. The Racemo is the first product of an all-new Tata sub-brand called Tamo (the short form of ‘Tata Motors’ in Indian stock exchanges), which has been established by Tata as an ambitious new channel for investigating the latest automotive inventions and processes. It will also be used to form relationships with the leading disrupters of the car world – some of them truly tiny concerns – without disturbing Tata’s core business of making cars in large numbers for its Indian customers. 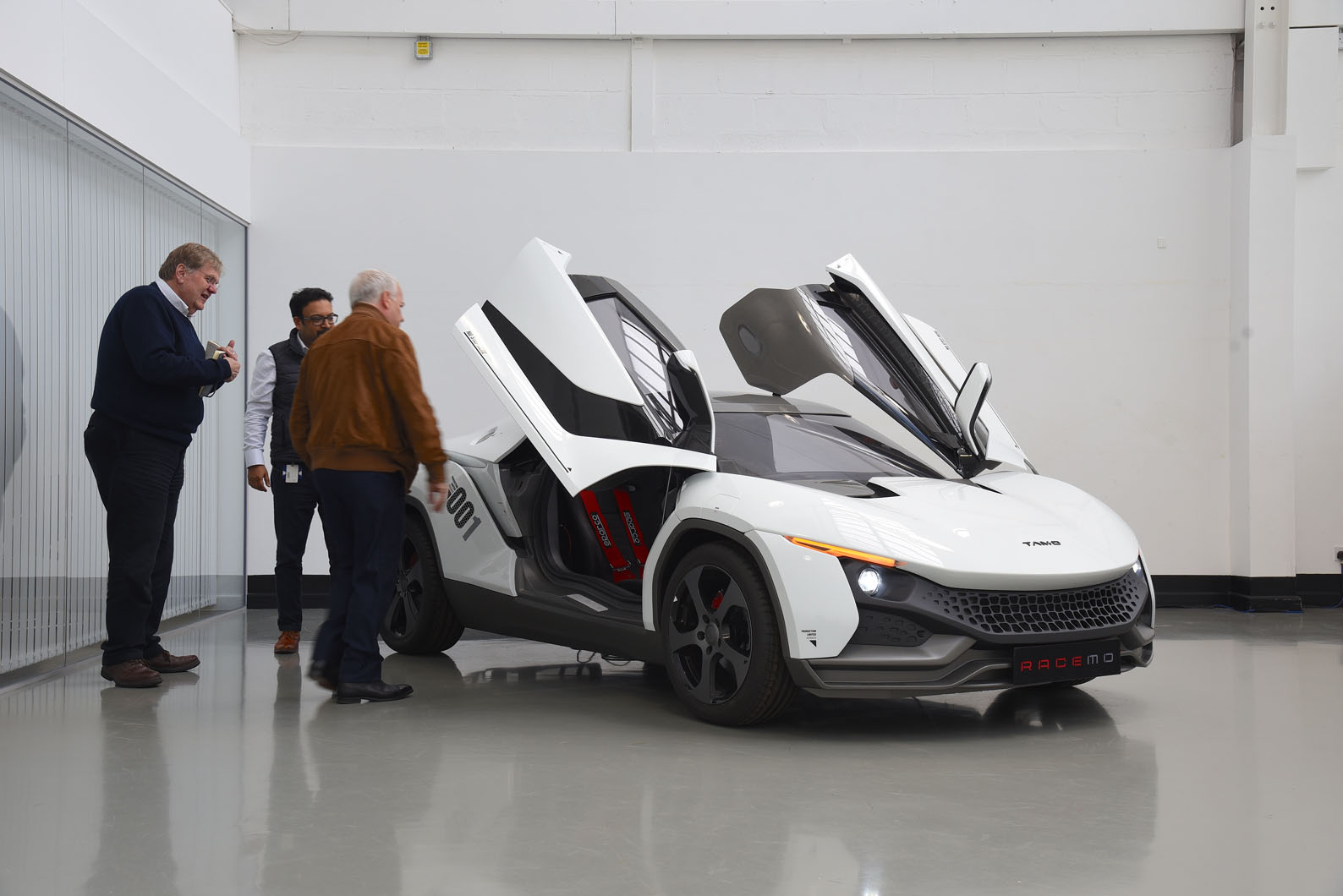 To underscore its special significance, the Racemo’s Geneva debut took two dramatically different forms. The three-dimensional launch was the rakish little sports car you see here, planned for a production run of around 250. At the same moment, the Racemo was also revealed in a virtual domain online, as a new competitor in Microsoft’s Forza Horizon 3 game for the Xbox, downloadable (and customisable) via a special website. On top of everything, it was proposed as India’s first connected car, capable of transferring data as needed, using analytics to aid driver decisions and able to ‘talk’ to cars around it.

A new word – ‘phygital’ – has been coined for projects like this, and the Racemo’s twin instigators, Tata head of advanced and product engineering Tim Leverton and head of design Pratap Bose, believe it’s the beginning of something very big. Autocar met the pair a couple of weeks ago at Tata’s European design and engineering HQ on the outskirts of Coventry, a stone’s throw from Jaguar’s former Browns Lane HQ.

“There are two ways of owning this car,” explains Leverton. “You can physically buy one, which isn’t a course open to very many, or you can experience it virtually, which is an important way of doing things in a country as large as India, with only one race track and 600 million smartphone users. So with Racemo, we set out to design not just a car, but to design a customer experience. And the results have been pretty awesome.”

Bose, who had the original idea for the Racemo, was in Switzerland when the game went live as the fullsized model was revealed. “By the following morning, we were already seeing hundreds of individually customised versions of the car online,” he says. “It was amazing. And by the following weekend, there had been 280,000 downloads of the promotional video and the Xbox game. We knew we were onto something really big.” 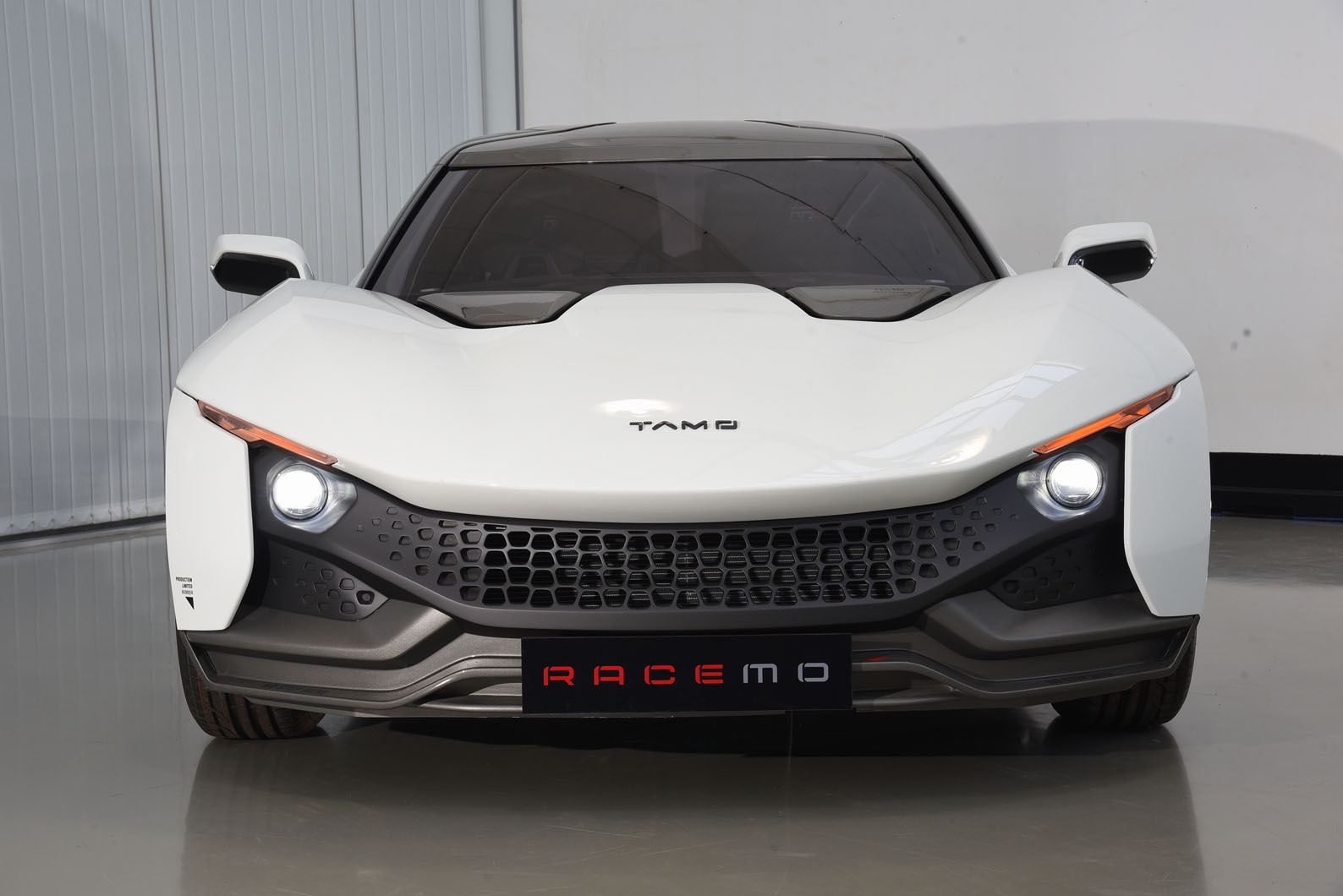 Bose says the Racemo was intended especially to make a connection between Tata and Indian young people, who will be tomorrow’s customers. “Kids start making decisions about brands and products around the age of 12,” he says. “We felt we were previously missing the 12 to 20 age group completely. But now, with the virtual concept, we’re talking directly to this most important group.”

Even without its other duties, the Racemo is a beguiling little car, especially at the sub-£30,000 price some have estimated for it. It uses low-volume, low-investment build techniques, which means it – and the Tamo products that will follow – can be produced quickly, in short runs, as a way of seeing and assessing opportunities. Tata decided back in 2012 to base its core product range mostly on two highly flexible platforms. This is its way of experimenting without disturbing the main business.

Leverton says we’ll see two more Tamo products in the cycle plan before 2020. Along the way, Tamo’s management will establish what Leverton calls “an innovation hub” at each of its technical centres around the world – in the UK, the US, India and Italy – comprising a handful of senior people able to meet small innovators and set up projects and agreements, without necessarily having to involve head office. This, Leverton hopes, will give Tata an advantage in the never-ending technology race.

Higher purpose aside, the Racemo is a beguiling little car, about the same length as an original BMW Mini at 3835mm overall, with a radically shaped body that directs air through as well as around its composite plastic panels. Overall weight is targeted at 800kg, although it’s not clear whether this will be achieved. The Racemo’s shape and graphics were devised at Tata’s Turin design centre, with the Lotus Elise and Alfa Romeo 4C as influences, although there are no similarities. The Racemo’s success is that it looks more practical than an Elise and less bulky than a 4C – and, to most eyes, very suitable for sales in Europe, although there are no plans for this. 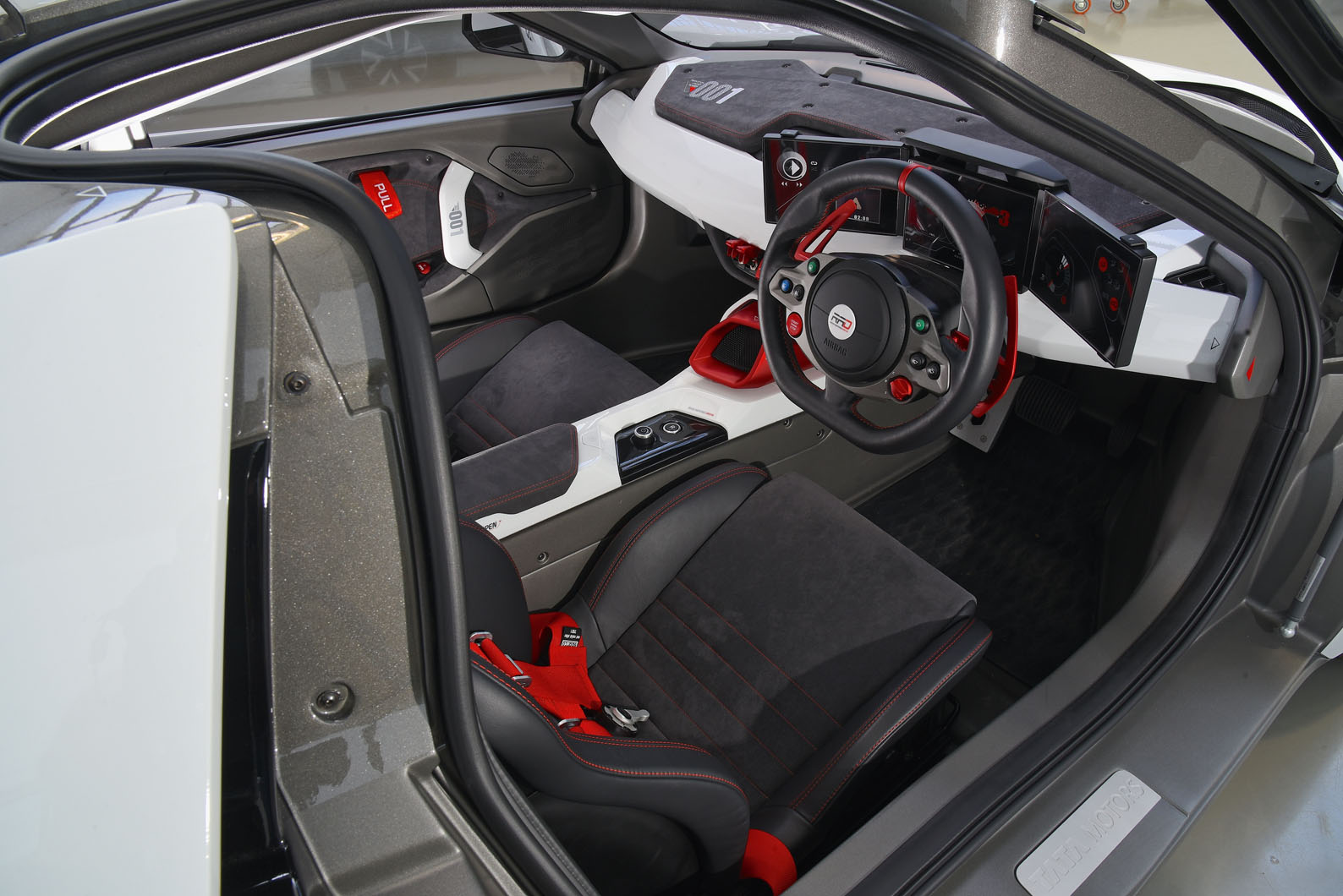 Leverton is passionate about the fact that there are no longer big differences between the needs of customers in mature and emerging markets, as was once assumed. “My mantra is global standards,” he says. “If you try to palm the Indian buyer off with something less, you’ve had it – and there’s no second chance.”

Even so, Tata’s expertise at keeping things simple is evident in the Racemo (the lower dashboard and centre console are in body colour, for instance). But the overall effect is surprisingly exotic, helped by the door design, which works very sweetly.

The engine is a transversely mounted 1.2-litre turbocharged triple producing 188bhp and 155lb ft, and driving the rear wheels through a six-speed paddle-shift gearbox. One sign of Tamo’s eye for reduced complication is the fact that you must always use the paddles to change gears. There’s no auto mode, says Leverton, but he expects owners to see this as a virtue. The tyres are differently sized front to rear, as befits a car with a 60% rearward weight distribution, and the brakes are Brembo discs.

Within the Racemo promotional material, there’s a simple line that stands for the whole project: “Have a supercar without the cost,” it says. This is meant to appeal especially to canny Indians, reputed to have a keen eye for keeping outlay down. But we can’t help thinking Tata, Leverton and Bose may have underestimated the appeal of the same idea to enthusiasts in the UK and plenty of other places besides. A little car intended for a modest build of 250 units – and to appear on the streets from early next year – may be in danger of causing a stampede.

Love the look of the car and the ethos behind it. Lotus, are you paying attention?
Northern Giraffe 20 May 2017

“If you try to palm the Indian buyer off with something less, you’ve had it – and there’s no second chance.”

But then you look at some of the smartphones across India and the vast majority of them are well behind the top spec of the latest iPhone or Samsung Galaxy S8, so in a rapidly developing nation like India, if you can build s relationship with a customer with some slightly better than half decent, you can tempt them to trade up in the future.