BACK TO ALL NEWS
Currently reading: Inside the BAC factory: how to make a Mono
UP NEXT
Dacia bosses "fighting tooth and nail" to bring Spring EV to UK

Inside the BAC factory: how to make a Mono

The brochures call the BAC Mono one of a kind, which neatly covers the car’s unique concept as a single-seat, lightweight, roadgoing, spaceframe supercar that focuses more on the driver than is normally possible in cars that have to find passenger space.

However, the ‘one of a kind’ description also fits the company’s management, whose unique philosophy led us recently to visit the Liverpool factory to view the latest big-engined, wide-bodied 2016 Monos now in manufacture.

The Briggs Automobile Company was founded seven years ago by two car-obsessed brothers, Ian and Neill Briggs, when the Mono was little more than a good idea. However, the pair were far from idealistic, inexperienced young men setting out to follow a dream, hardly knowing the implications.

The Briggs brothers had already spent a couple of decades in the upper echelons of the European motor industry and knew many of the companies that would become their co-creators and suppliers. They also had (and have) a healthy consultancy business in other areas of the car game that would make the transition to car manufacturing a lot easier. 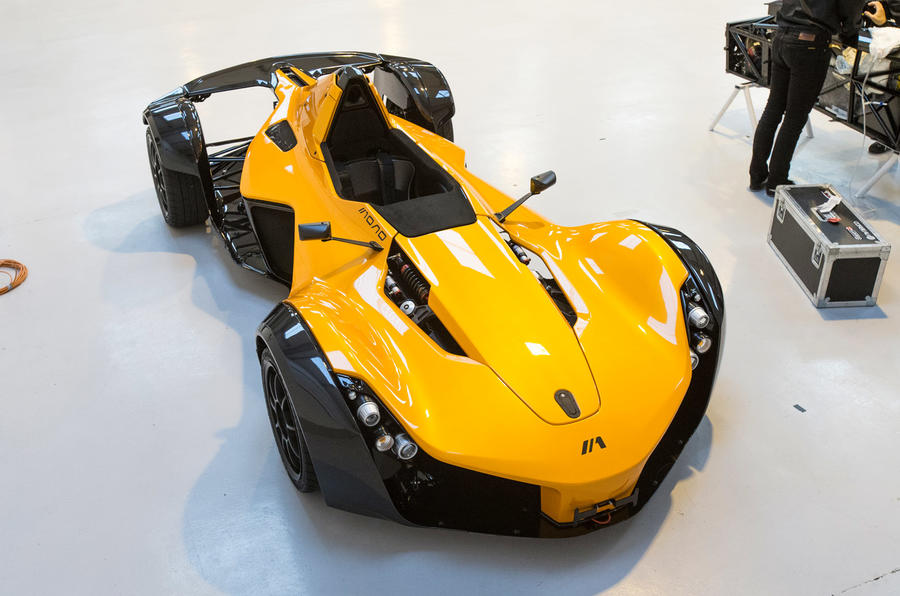 “We grew up in Widnes,” explains Neill, sitting in the boardroom of the impressive Liverpool HQ that the company has occupied since 2013, just down the road from Halewood, where Jaguar Land Rover makes 4500 cars a day. “Our father loved cars and racing, so we went to a lot of race meetings at Oulton Park and watched the RAC Rally from stages around Chester.

“When we finished school, Ian went off to Coventry [University] to study car design with the likes of Steve Mattin [Mercedes-Benz, Volvo, Lada] and David Woodhouse [Lincoln, Ford] while I took the aeronautics route. That proved way too specific, so I changed to mechanical engineering, and that’s broadly been the way we split our work now: Ian does design and manufacturing, while my job tends to be making sure the promise of the design is delivered in the way the Mono drives.”

While Ian was designing boats in California and then working for big-name companies in Stuttgart and Crewe, Neill did a final college year at Reynard, then joined Land Rover, and then Ford in time to take part in the development of the Focus ST. After that, he worked on the first Focus RS, signing off every one of the first 200 RSs to emerge from Ford’s Saarlouis plant. And all the while, the concept for a special supercar was growing in the creators’ heads. 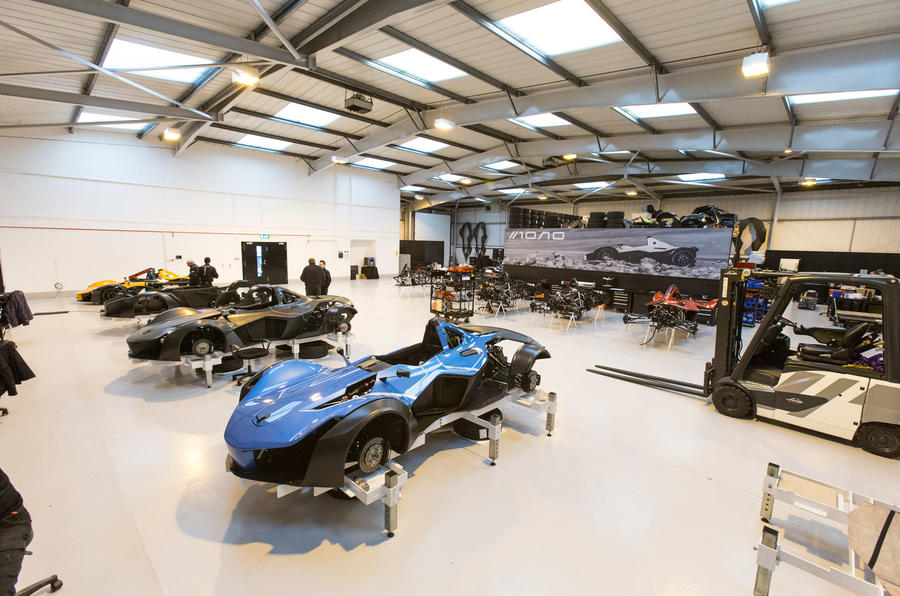 “We watched the major companies like Aston Martin and McLaren and how their cars were used,” says Neill. “We knew we’d have to innovate to find our niche, because we’d never win a war against those guys.”

The brothers owned some influential cars (two Lotus Elises among them) and Neill also found time for a GT racing career, but they began to focus more and more on the idea of a car that had race car efficiency and agility built in, looked as good and worked as well on the road as it did on the track.

“We kept going back to the single-seater idea,” says Neill. “In the beginning, we visualised a kind of road-going Formula Ford, although it was more than that by the time it started taking shape on our dining room table, three miles from Oulton Park. By 2008, there were five of us working on the project in CAD, all in other jobs and separate places, but we’d show our week’s work to one another on Friday afternoons.” What they finished up with was a roadable mid-engined single-seater with a steel spaceframe and classy composite body. 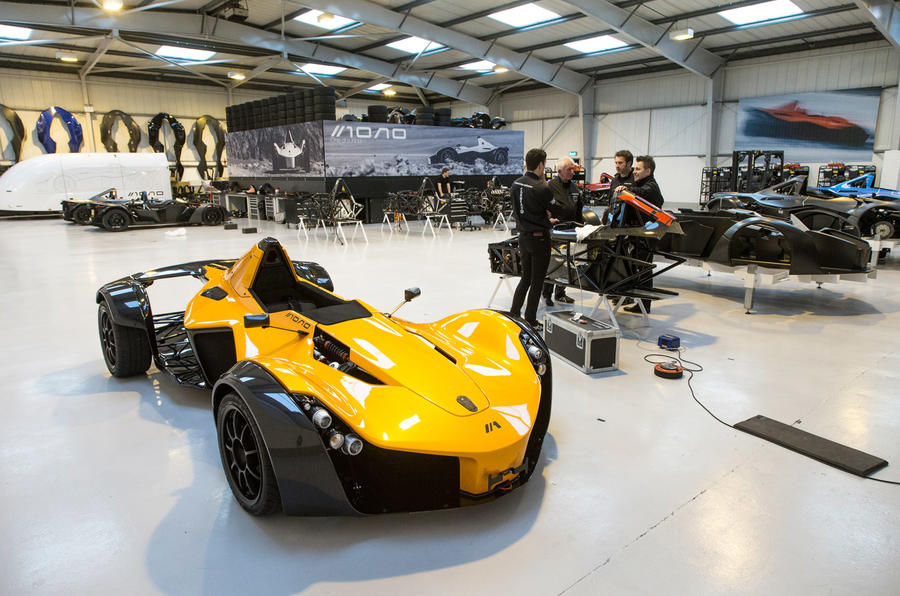 Soon it was time to start cutting metal (in a “posh shed” not far from the previously mentioned dining room table) and building the supply chain. The brothers already knew the likes of OZ, Sachs, AP Racing, Mountune and many others but focused on local suppliers, happily plentiful because of JLR Halewood and GM’s nearby Astra plant. BAC’s boast today is that it already draws 45% of its materials from Liverpool and the north-west.

“Our plan was to make the first road-legal singleseater,” says Neill, “which, we reckoned, was the purist single-seater redefined. That is how it has turned out. We take enormous trouble to tailor every car to its owner – to the extent of shaping the steering wheel grips exactly to the owner’s hands.”

The first 280bhp 2.3-litre car received rave reviews when it was launched at the Retro Classics show in 2011. Critics immediately recognised the objectives and first driving assessments were very positive. Orders began to flow. 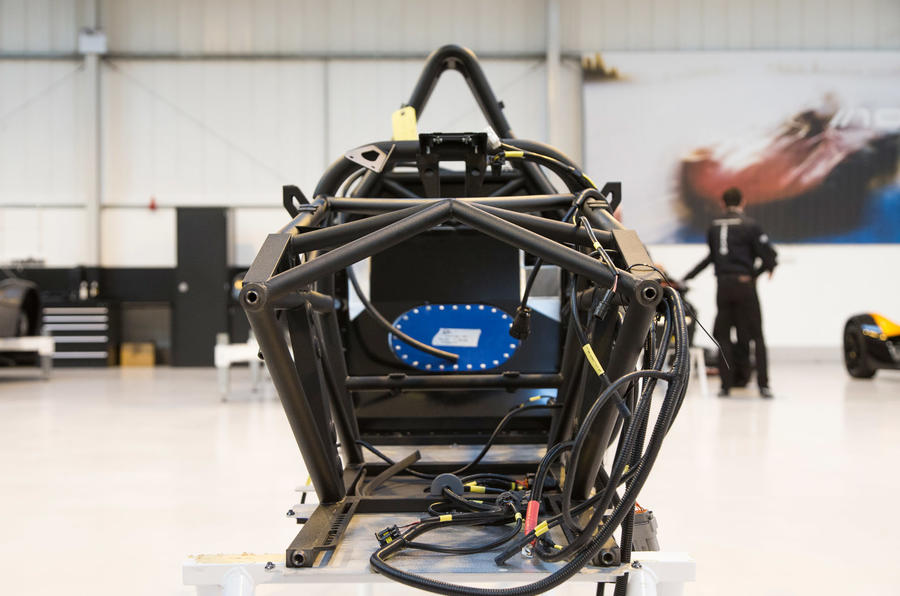 BAC remains a very small business, but successful. It has so far built 50 cars (current price £125,000) and has lately widened the Mono’s cockpit by 56mm (without changing the exterior shape) and has adopted a torquier 2.5-litre engine, now packing 305bhp. The Mono’s sensationally low weight and excellent power mean it can sprint from 0-60mph in just 2.8sec and top 170mph.

And the future? BAC is happily profitable at its present production rate of around 20 cars a year, says Neill, but is ramping up and has its eye on annual production of 50 cars. Later in the year it will start considering a second model, perhaps a three-seater (“We will never make a two-seater like everyone else”), with its eye on becoming a considerably bigger operation employing around 60 people, rather than today’s 20.

But for now, the concentration is on the Mono. Demand is strong from around the world and the company has only just begun to meet it. Still, product is designed, developed and increasingly well known. Bigger days are undoubtedly ahead.

A Mono For Sale

Link (to MonoForum.com) to Mono for sale in my signature.
scrap 10 April 2016

Even at their current level,

Even at their current level, they are providing employment for 20 people making a high quality, distinctive product. Good luck to them. I am surprised that no one else has reprised the 3 seat layout of the McLaren F1. Makes so much sense from a packaging point of view.
centenary 9 April 2016

Is that car road legal when

Is that car road legal when it doesnt have a windscreen \ shield?
centenary 9 April 2016

centenary wrote: Is that car

Is that car road legal when it doesnt have a windscreen \ shield?

Ah, you have to wear a crash helmet otherwise it would be illegal to drive with no windscreen.

Is that car road legal when it doesnt have a windscreen \ shield?

Ah, you have to wear a crash helmet otherwise it would be illegal to drive with no windscreen.

That's not true and makes no sense. You don't see folk driving their old jeeps and Landies with the screen folded down wearing the latest Valentino Rossi replica lid.

I'm sure I wouldn't drive a 'screen-less car without well fitting sunglasses or goggles but am certain a lid is never a requirement for four wheeled vehicles, hence why you see soon-to-be organ donors on quads without helmets, or any other protection.