The images show a spacious cabin which the firm says majors on luggage capacity and visibility. Leather features prominently throughout, and will be available in several colours including brown and red. The steering wheel is shown to be be trimmed with a wood-like design, with four analogue dials and a clock at the centre of the dashboard nodding to 1960s-era sports cars.

The company says pedal, steering wheel and gearstick positioning is still being mapped out, with further images detailing the hidden interior technology such as the sound system, smartphone integration, infotainment screen and cup holders, to be released in the coming months.

“Squalo drivers will spend more time inside the car than looking at it from the outside, so it was vital to us that we not only listened to our customers but also drew on our experience of driving sports cars to focus on what’s important within the cabin: simplicity and driver engagement," said GTO Engineering founder Mark Lyon.

The ‘Squalo’ name, which means 'shark' in Italian, was chosen for the bespoke creation "due to its shark-like look, instincts and speed". It was being developed under the codename Moderna, and recently became available to order.

It’s claimed to be a sub-1000kg, hand-built sports car “celebrating the best of 1960s motoring with modern and motorsport-derived engineering”. It follows up the firm’s new-build run of ’Ferrari’ 250 SWB Revival models, which Autocar recently sampled in a new video (below), and is said to be nearing the production stage, with new renders giving a closer look at its final, signed-off styling.

The new model, said to take learnings from GTO Engineering’s near three-decades of experience of building and looking after road and racing-spec Ferraris, uses a tubular steel chassis with aluminium subframes and an “F1-type-spec” carbonfibre body. The doors and bonnet will be aluminium, however.

Styling inspiration will be taken from the iconic Ferrari 250 GTO racer. However, it doesn’t appear to be a straight-up recreation, rather a reimagined modern version of that car with some tweaks, including a unique ‘double-bubble’ roof design. Modern details include an exhaust and lights “modernised with updated electrics and internals”, as well as a set of bespoke 18in alloy wheels.

The Moderna will be powered by a 4.0-litre quad-cam V12 engine - another '60s Ferrari throwback - which is on the verge of being assembled for the first time. GTO has promised to “increase driver engagement” with a number of motorsport-inspired components, and will reveal full power specifications next month. 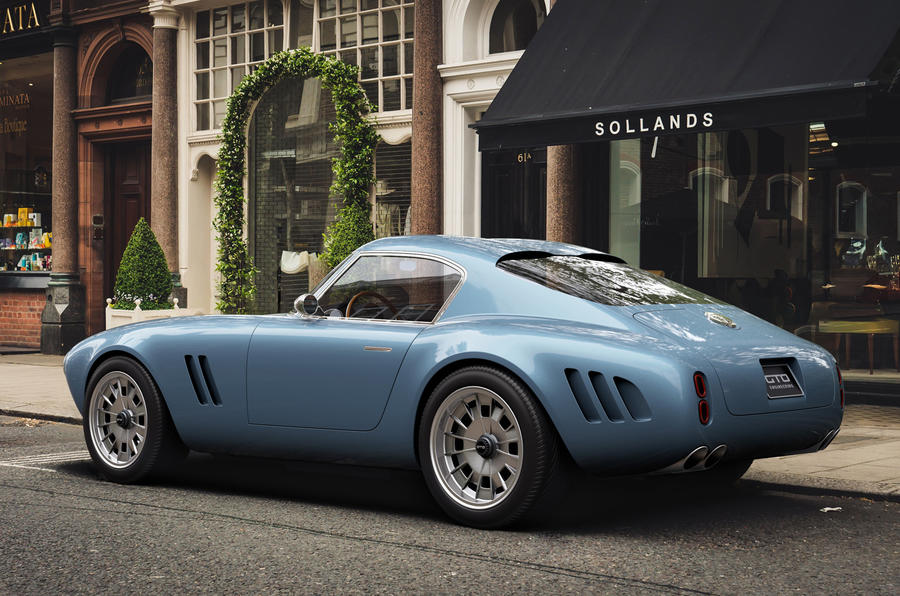 GTO Engineering Managing Director Mark Lyon said: “There’s been an outpour of admiration for what we’re doing here and we realise a little bit of scepticism whether we’re actually making this: a V12-powered, sub-tonne sports car with a Sixties feel but modern reliability, enjoyment and manufacturing quality.

"We’re here to hopefully set the record straight to say yes, it’s happening and we’re sticking to our original ethos for the car as well as timing promises for production. We are also delighted to have early adopters and customer orders received already, and we thank them for the trust in our vision and business.”

It's estimated that each model will take 18 months to hand craft from GTO Engineering’s Berkshire base; 300 house of labour go into the engine alone, while each car can be tailored to the requirements of the owner.

No price has been detailed, but if the firm’s 250 SWB Revival is anything to go by, expect it to be in the high six figures.

Slideshow: the greatest Ferraris ever tested by Autocar

What harm is it doing anyway?, so , some company is going to make a near identical copy, is it really going to make difference to Ferrari?, I assume it's a limited run?, enough to turn a profit?,why don't Ferrari ask for a royalty fee? Say 30% on each car sold, and that's for any Ferrari based copy, it would legal, it would make a company think twice, and it's fair.

Why 18 months to build? The 50 Story Canary Wharf Tower took that long and it's much bigger than a car.

jason_recliner 24 February 2021
Really? You're going to shit on this? It looks fucking beautiful.
View all comments (8)