Reducing friction, weight and drag are the keys to Shell's new 107mpg concept car. We take it for a spin
Open gallery
Close

If all petrol-powered cars were like the diminutive Shell Concept Car, we’d all be getting an effortless 100mpg-plus on the way to work, while our cars’ tailpipes emitted a third less CO2 than even the cleanest city car.

These are the conclusions of a two-year project that has produced a three-seat prototype combining the talents of Gordon Murray’s prolific Guildford-based automotive design group, Japanese engine consultant Geo Technology and Shell’s own advanced lubricant engineers, based in Belgium.

The car, powered by a 660cc in-line three-cylinder engine that started life as a regular Mitsubishi offering but has since been heavily revised, sits under the tiny car’s boot floor, driving the rear wheels. It is so frugal that it could be built and driven for more than 60,000 miles while using less energy than it takes to make and ship a typical SUV to the showroom.

Shell’s concept began life as Murray’s well-publicised T25, one of several prototypes built to prove Murray’s rule-breaking iStream manufacturing process. The yellow-white-red paint job is jauntier and there are spats over the rear wheel housings, but the relationship is obvious. 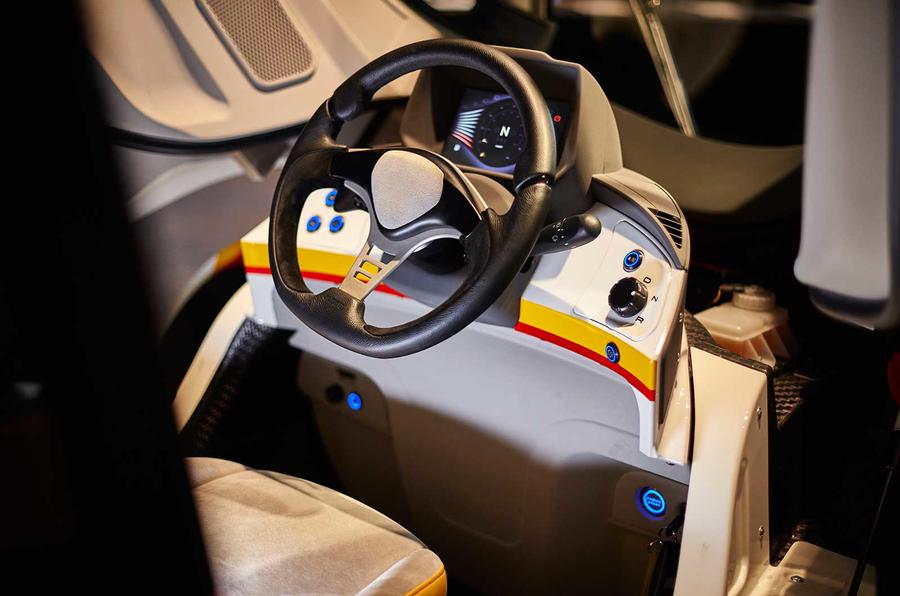 Why use it again? Because when Shell approached Gordon Murray Design with a plan to build a super-frugal car using technology that existed now, the partners realised a lot of the work had been done already. “We’d virtually finished with T25 as a means of proving the iStream process,” says Murray, “but when Shell came to us with a plan to make the world’s most efficient petrol-powered city car, we realised we already had a car that would provide an excellent basis.”

Despite the T25’s achievements in frugality, the partners soon discerned that much could be achieved by rethinking the detail of the little car. Shell insists the project isn’t meant to make the case for petrol – which it happens to make in large quantities – but to show what is possible using technology that is already well proven, rather than still in development.

Talking about the Shell Concept Car’s body and chassis, Murray says he “pushed” his people to achieve the remarkable drag factor – for such an unpromising shape – of 0.297, with the comparatively tiny frontal area of 1.45 square metres. The kerb weight was slashed from 627kg to just 550kg largely by using lighter composites. The engine, converted to the Miller cycle, gets ultra-short-skirt pistons with low-friction coatings, a raised compression ratio (12.5:1) and very light titanium valves that require remarkably soft valve springs for control.

“Geo has obsessed like mad over friction,” says Murray. “They’ve redesigned everything that could make a difference – working with Shell’s people, who are big players in the friction reduction business.” The Shell concept uses specially designed lubricants – not just in the engine, but also in the gearbox and even the wheel bearings – all designed to reduce drag. 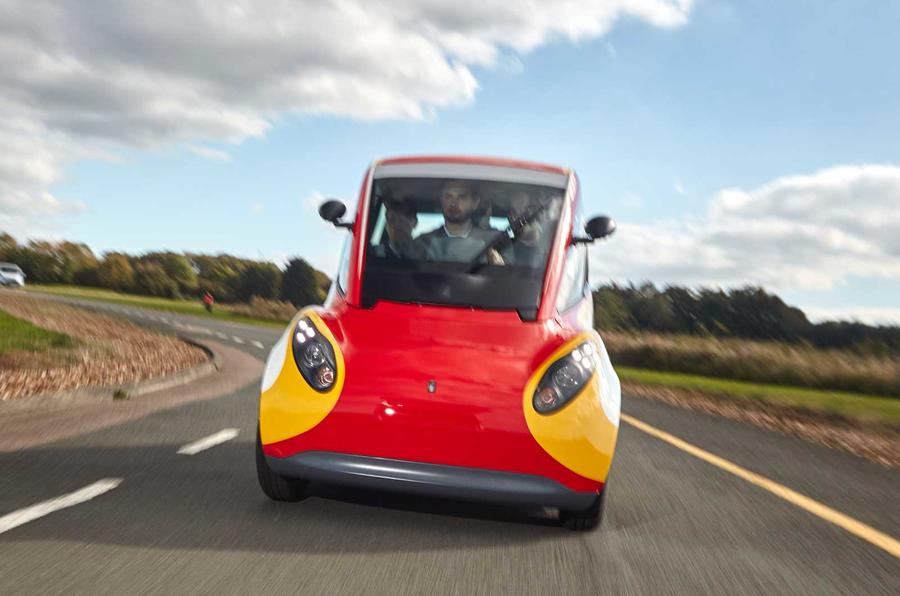 Shell’s technology and innovation manager, Bob Mainwaring, says around 20% of an average engine’s fuelling is used simply to overcome friction, but this can be reduced to around 15 % with specially engineered lubricants that use some of the huge safety margin traditionally built into oil products, without taking any risks with exaggerated engine wear. The result is a reduction of around 5% in internal friction, a huge advance in an era when engine developers struggle to aggregate gains in fractions of a percentage point.

Mainwaring believes this, in particular, makes the case for real-time co-operation between engine and lubricant engineers as new engines are designed. Similar gains are realisable in production, he believes. In fact, each of the partners is enthusiastic about the advantages of partnerships with other high achieving specialist companies. “The project has been a bit of an eyeopener,” says Mainwaring. “We’re proud of the results, which challenge present conclusions about what car we should own, and for what purpose.”

Murray is surprised to have found such dramatic cuts in weight and aerodynamic drag during the second part of the T25 process. “We thought we’d achieved a lot,” he says, “and what we did was pretty good. But we’re now at a place we’d never have reached in one step.” On the move, the Shell Concept Car is understandably similar in behaviour to the T25 we drove around five years ago. 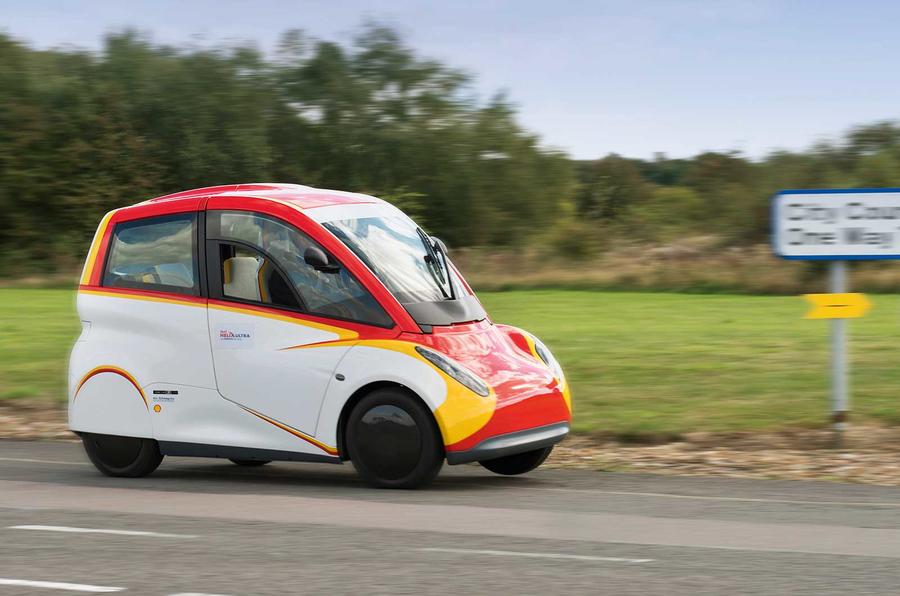 The small size makes it beguilingly agile and manoeuvrable, and visibility is amazing. But the steering is rather undergeared and the step-off from rest is abrupt, because the engine controls still need a few per cent more refinement. (Murray estimates 2-3% better economy would result.)

The two most obvious and positive dynamic characteristics are an engine that idles unusually freely – you can almost hear the absence of friction – and strong acceleration from rest that advertises the whole car’s extreme lightness. “So many good things flow from lightness,” says Murray, “but major manufacturers find it very hard to deliver. It’s the last frontier.”