BACK TO ALL NEWS
Currently reading: Ford to reveal new electric van next month
UP NEXT
Maserati MC20 Cielo is 621bhp McLaren 720S Spider rival

Ford has unveiled its second all-electric van as part of the company's transition to producing only zero-emission vehicles by 2035 - read all about it here.

The new model has been previewed in an official image that shows its front light bar. It resembles the Ford Tourneo Custom, which was revealed to be a part of the firm's future all-electric line-up that was partly revealed back in March.

Ford will fully debut the model at 9:00am on Monday 9 May. It will join the Ford E-Transit, which is the first electric van from Ford, and be one of four electric commercial vehicles set to be introduced by 2024. 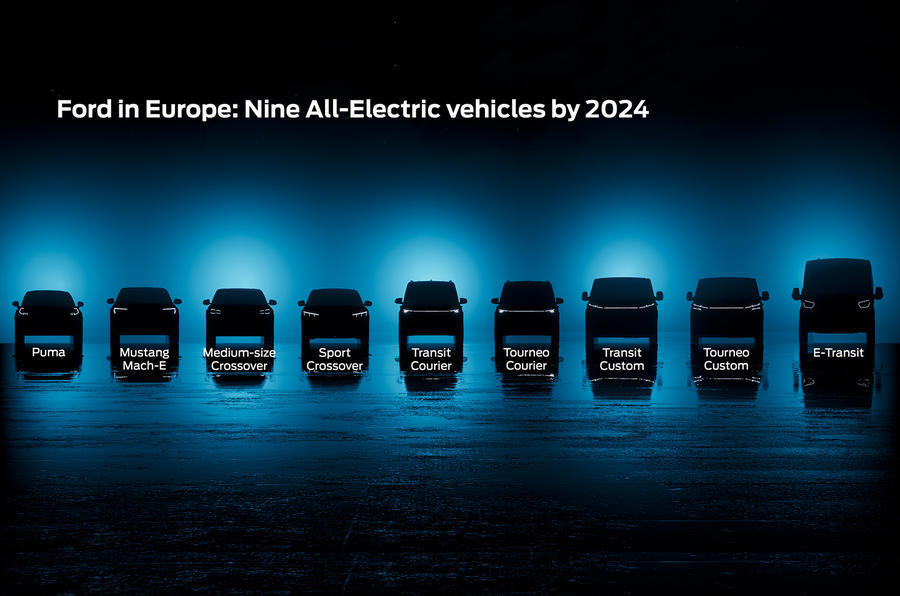 Powertrain options for the new model have not been revealed, but entry-level versions of the E-Transit are powered by a 68kWh battery paired with a 181bhp electric motor. Range-topping variants have 265bhp and 318lb ft. The E-Transit offers up to 196 miles of range and has a maximum payload of 1758kg.

Ford said: “The new announcement will mark the next key milestone on the road to zero emissions for all Ford vehicle sales in Europe and carbon neutrality across [our] European footprint of facilities, logistics and suppliers by 2035.”

The new electric van has been developed by Ford Pro, the company's stand-alone commercial vehicle division. It will the first model to be revealed since Ford separated its electric passenger car division from its internal combustion engine business in an effort to boost investor interest.