BACK TO ALL NEWS
Currently reading: The five Aston Martin Vantage models that lead to today
UP NEXT
2022 Mercedes-Benz EQE: images preview EV's radical design

The five Aston Martin Vantage models that lead to today

The next-generation Aston Martin Vantage is nearly upon us, so we take the time to look back at the cars it shares its namesake with.

The name stretches back to the DB2 Vantage of 1950, a reworked version of the DB2, but we pick up when the name was first used on a standalone model. In 1977 Aston Martin launched a Vantage that used a 5.3-litre V8 that produced 375bhp housed beneath a quintessentially British body. Later ramped up to offer 404bhp, the two-door bruiser earned the title of ‘Britain’s first supercar’. The Vantage name was next used for a high-performance variant of the Virage. It used a twinsupercharged 5.3-litre V8 good for 550bhp and then, after an upgrade, 600bhp. Just 280 cars were made. The introduction of a V12 engine into the DB7 brought with it the return of the Vantage name. Its 5.9-litre 48-valve engine produced 420bhp. Its arrival led to the culling of the six-cylinder DB7. Unlike its closest predecessors, the latest Vantage arrived as a standalone model. It exists in both V8 and V12 forms, with the latter’s 5.9-litre unit good for up to 595bhp in the AMR variant. 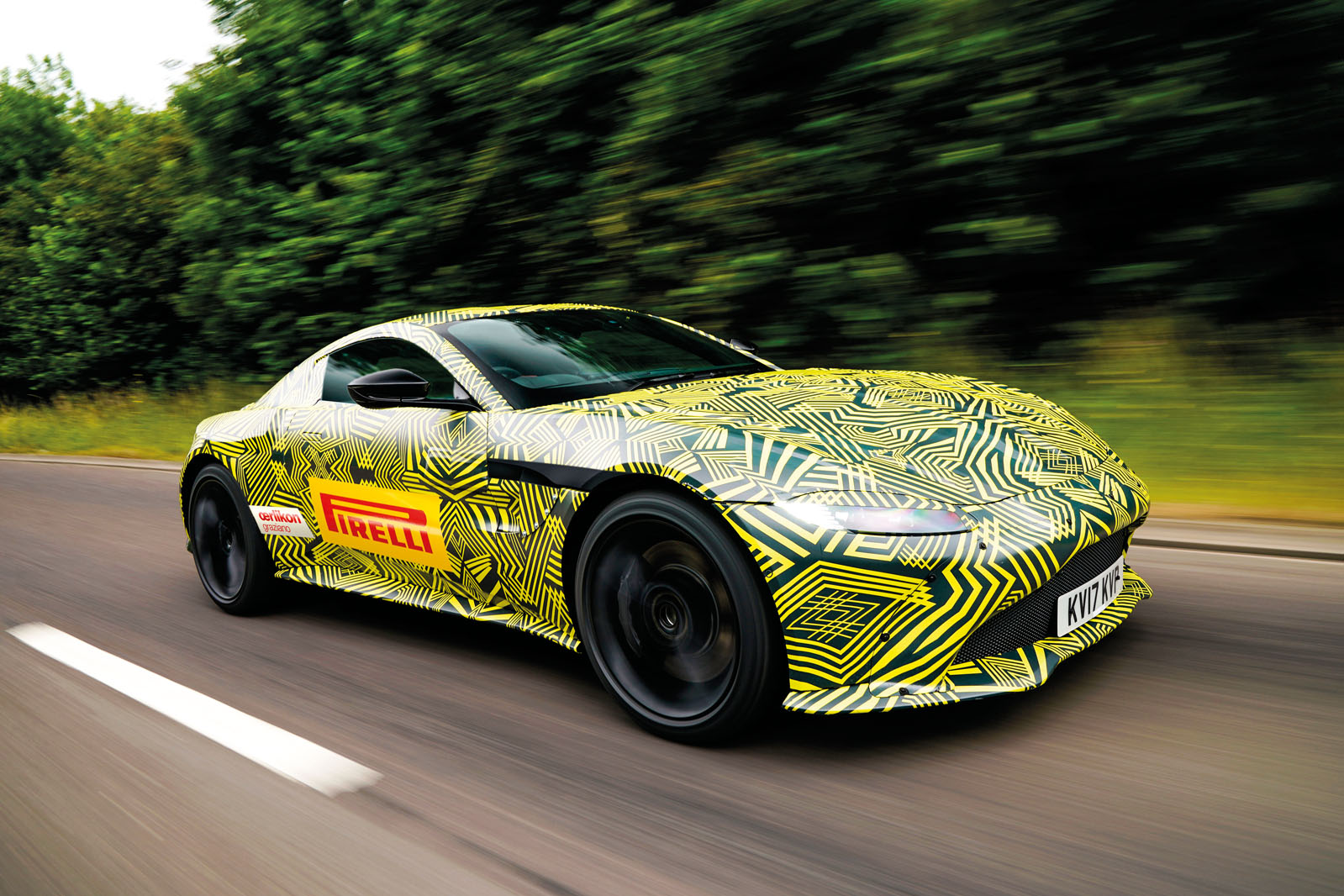 The next-generation car sticks to the same formula as its most recent predecessor, but does so with new turbocharged engines. The car's entry 4.0-litre V8 will come from Mercedes-AMG, while its 5.2-litre V12 unit, developed in-house, is based on that of the DB11.

Don't forget James Bond drove one of them in the late 80's The 1977 simlar V8 Vantage in The Living Daylights which starred & debut Timothy Dalton as Bond. We can see the recent Bond mobile DB10 in SPECTRE was close to V8 Vantage hint to the DB11. Why doesn't anyone remember Bond 87 Aston Martin V8 Vantage?