BACK TO ALL NEWS
Currently reading: First ride: 2023 Mini Electric prototype review
UP NEXT
EV start-up Aehra to launch “ultra-premium” SUV and saloons

Manufacturers are often quite happy to let journalists look around or even drive late-stage prototypes as they ramp up the marketing machine ahead of a car’s launch. It is not often, however, that we get anywhere close to a prototype a full 18 months before the new Mini is due on sale.

Of course, the Mini Mini Electric hatchback prototype that we rode in was still wrapped in camouflage and the interior style was very much bin-bag chic, but it still gave us plenty of clues to the final production design and make-up.

Design-wise, it’s clear that the images that leaked late last year of an uncamouflaged car are representative of what we will see in Europe. Just ignore the big rings around the headlights and the square tail-lights: they’re decoys. 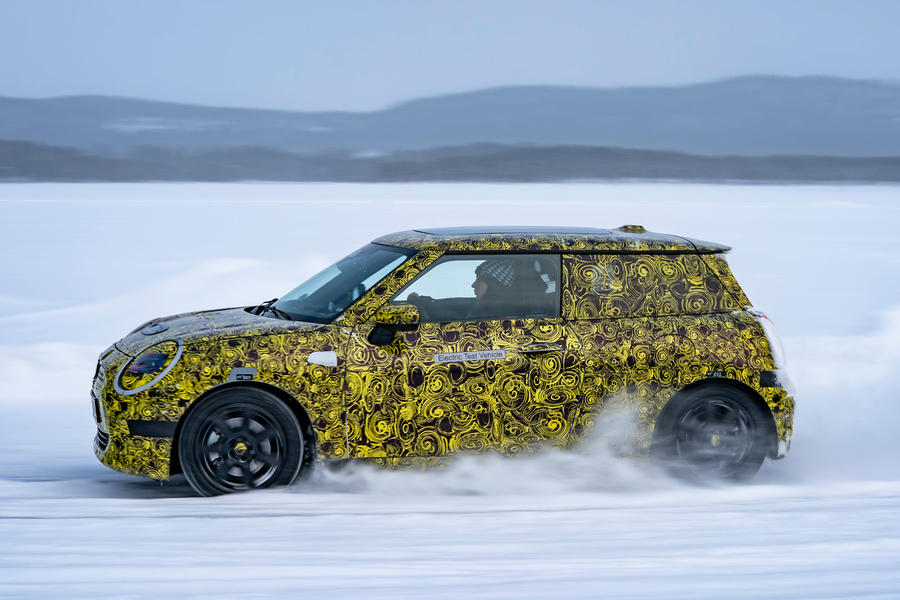 Inside, we got a peek behind the camouflage and saw that the new Mini takes inspiration from the Strip concept, with a much more minimalist design ethos. The aim is to reduce the design to what matters and rely less on chrome and stylistic flourishes.

The centre console is dominated by a giant round touchscreen – in place of Mini’s traditional centre-mounted speedo – that controls almost all the climate functions as well as the infotainment system. It also takes over the function of the gauge cluster, which disappears in favour of a head-up display.

Underneath the screen, there’s a small cluster of physical controls, including a toggle for the drive selection and an ‘ignition key’ to turn the car on and off. 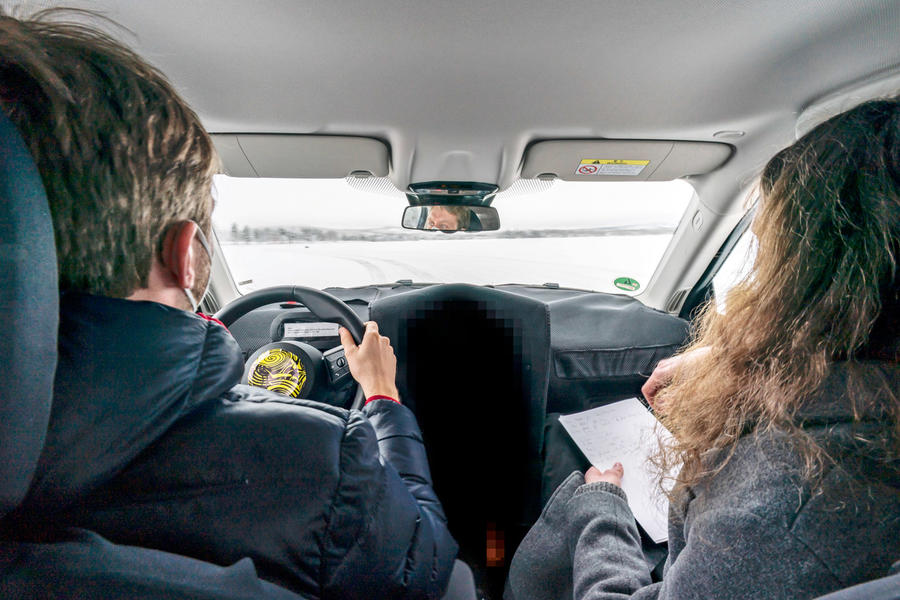 On the move, the Mini is slightly quieter than before, while the suspension seems more settled, with less of the bounciness that afflicted the old car on some surfaces.

Behind the wheel, vehicle dynamics engineer Klaus Bramer agreed the electric power steering in the current car can feel slightly stodgy and said it will be improved on.

It seemed to work, too, with the prototype appearing to find more traction than the current petrol car that Mini brought out for us to try. 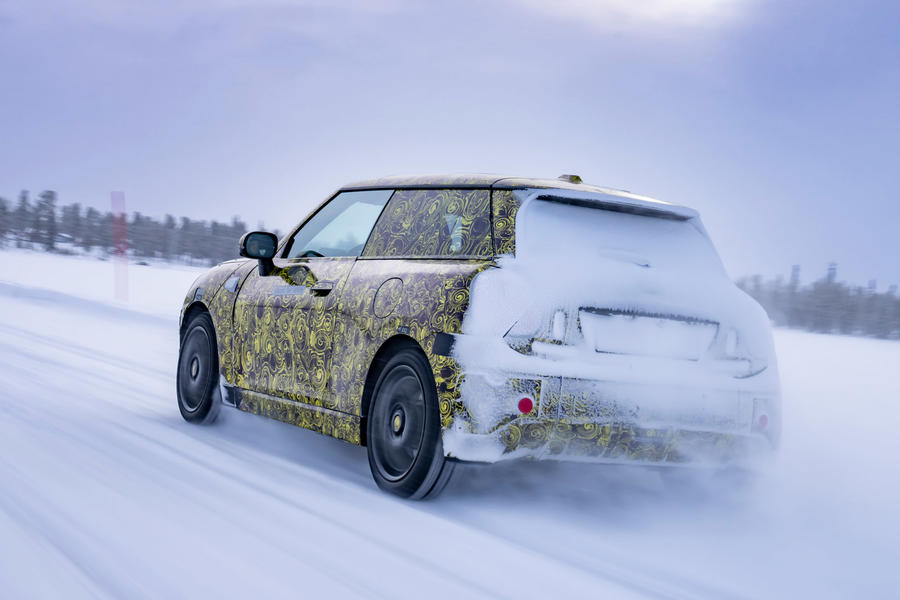 Log in or register to post comments
Andrew1 23 March 2022
"The centre console is dominated by a giant round touchscreen"
Oh, dear, I was hoping they'll give up on that big, round nonsense.