On brief acquaintance, the Qashqai E-Power is a rounded hybrid version of a rounded crossover. Let’s just hope it’s not priced out of contention
Open gallery
Close

It appears car manufacturers listen to criticism. Or more likely, time their product launches so that they keep the best for last.

The current Nissan Qashqai is a very good family crossover. It looks sharp, has all the kit you might need and smoothly fits into everyday life. It’s not the class leader, however, due to a dated infotainment system, and more jarringly, an underperforming 1.3-litre engine paired to either an obstructive manual gearbox or a wheezy CVT.

When we road tested the Qashqai, we speculated that a smoother and more powerful full-hybrid powertrain would complete the package. Having now driven the E-Power, it mostly does.

It’s quite an unusual system in that it is the only series hybrid on sale right now. If you’ve not been keeping up on your hybrid lingo, that means the engine only drives a generator to charge the battery, and the wheels are exclusively driven by the electric motor.

The petrol engine is a rather nifty turbocharged 156bhp 1.5-litre three-cylinder with a variable compression ratio. It’s a technology that was first introduced by Infiniti on US-market models and is now coming to Europe. An adjuster on the crankshaft allows the engine to have a compression ratio that varies near-infinitely from 8:1 during high load, to 14:1 during steady, low load.

Driving the wheels, however, is all taken care of by a 188bhp electric motor. To make sure there is always enough charge in reserve, there is a 2.1kWh battery, of which 1.85kWh is usable. That’s very large for a full hybrid.

The benefit, according to Nissan, is that the Qashqai E-Power feels like an EV to drive, but without the inconvenience of charging. In the words of the Nissan executives, a system without compromise. Sounds appealing. 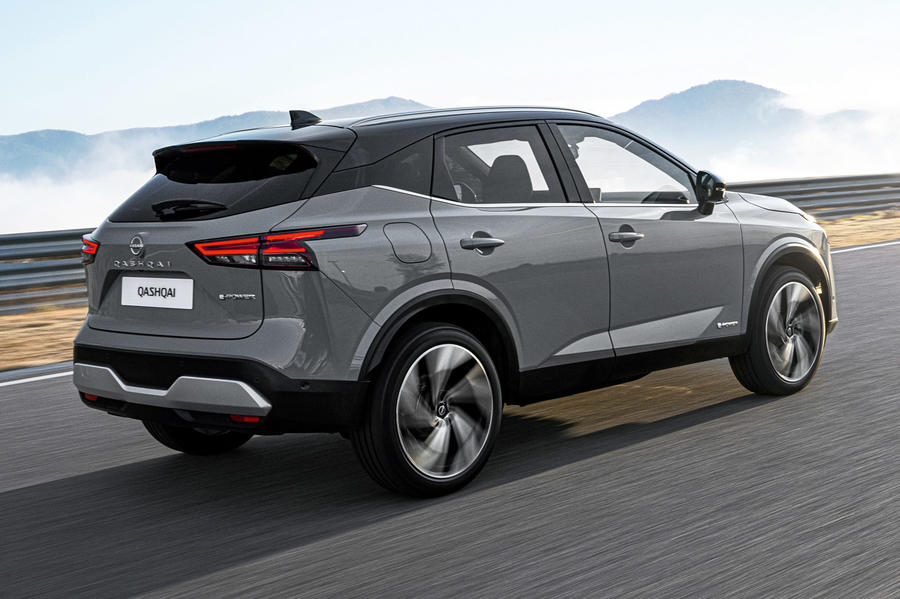 Nissan refreshes its best-seller. Does this new-generation version regain the class lead?

And it is. Appealing, I mean. I’m not so convinced it’s the EV without compromises that Nissan claims it is. If you drove the Qashqai E-Power knowing nothing about its mechanical make-up or Nissan’s marketing spiel, you would think it’s simply a very well sorted hybrid.

It sets off on silent electric power. The power flow graphic on the dashboard occasionally lets you know that the engine is running to top up the battery, but thanks to good sound insulation and some clever noise cancelling from the speakers, you generally can’t hear it.

Put your foot down and the engine switches to lower compression and higher revs to make sure there’s enough charge for the electric motor to deliver its 188bhp. The off-beat warble from the three-pot isn’t offensive, but a silent EV it is not. The effect is distinctly CVT-like, but think present-day well-mannered Toyota rather than DAF Variomatic.

A convincing hybrid, then, even if it’s some way short of revolutionary. It looks like our other complaint has been addressed too, as the Qashqai E-Power benefits from a completely new infotainment system with a bigger screen and snazzier graphics. The refreshed system will be rolled out to other Qashqais as well and on very brief acquaintance it’s a solid improvement.

A better Qashqai in every way, the E-Power the one to go for, right? Probably, but that recommendation comes with two big caveats. Firstly, the car we drove was a pre-production car and our experience was limited to a handful of laps of a course that mimicked a mix of town, B-road and motorway driving. It gave us a very good taste ofthe hybrid system, but we’d need to live with the car for a few days to give a definitive verdict.

The bigger issue is that prices have not been announced yet. To pull off its series hybrid trick, the E-Power has a bigger electric motor and a bigger battery than most full hybrids. So it wouldn’t be surprising if the whole car ended up costing more than rivals. The Qashqai E-Power is one of the more convincing cars of its kind, but it will still need to be competitively priced if it is to earn our recommendation. 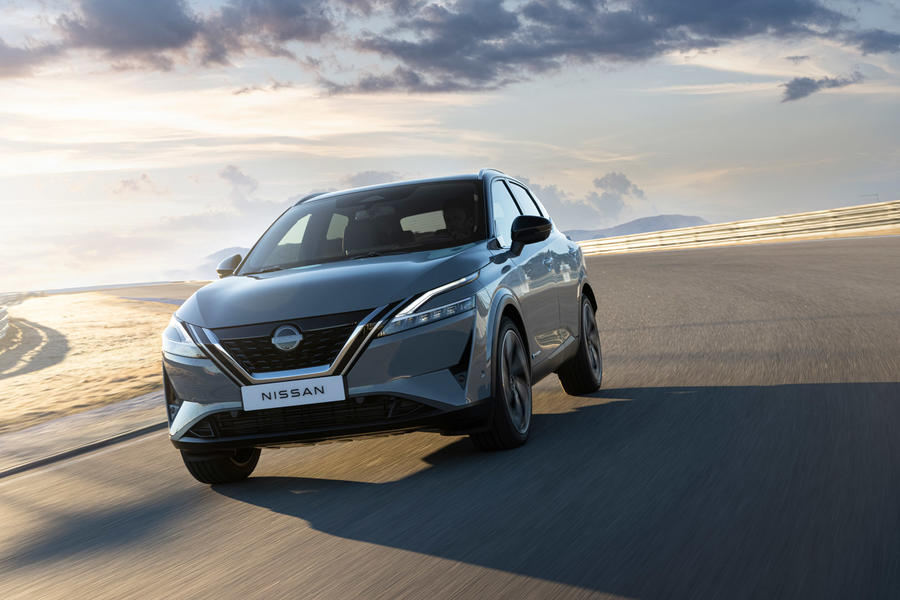