BACK TO ALL NEWS
Currently reading: Ferrari test mule could preview 812 replacement
UP NEXT
How Max Chilton and the McMurtry Speirling conquered Goodwood

Ferrari has long been vocal about keeping its venerable V12 engine in production as it electrifies its line-up and new spy shots suggest testing is now under way on a 12-cylinder successor to the Ferrari 812 Superfast.

Spotted on roads near the supercar firm’s Maranello factory, the car is clearly in the very early stages of development, given it wears a modified Ferrari Roma bodyshell. A full prototype is not expected to hit the roads until after the reveal of the eagerly anticipated Ferrari Purosangue SUV later this year.

The Roma is sold exclusively with a 3.9-litre V8 but it could be used to test components for a new-generation V12 car because it uses Ferrari’s new flexible architecture – which is capable of housing front-mid-mounted V6, V8 and V12 engines – while the 812 Superfast, order books for which were closed in February, uses an older platform.

Beneath the camouflage, the Roma prototype looks almost identical to the production car, but subtle tweaks hint at the fitment of a larger and more potent engine up front. The bonnet is longer than on the standard car, for example, while the front bumper has been reshaped slightly to accommodate new air vents.

Autocar contacted Ferrari for more details on the prototype, but the carmaker declined to comment.

In its most potent guise, as featured in the mid-engined SP3 Daytona, Ferrari’s current naturally aspirated V12 produces 829bhp and 514lb ft - but the firm has previously eked 848bhp out of the engine for the track-only FXX Evoluzione in 2007. 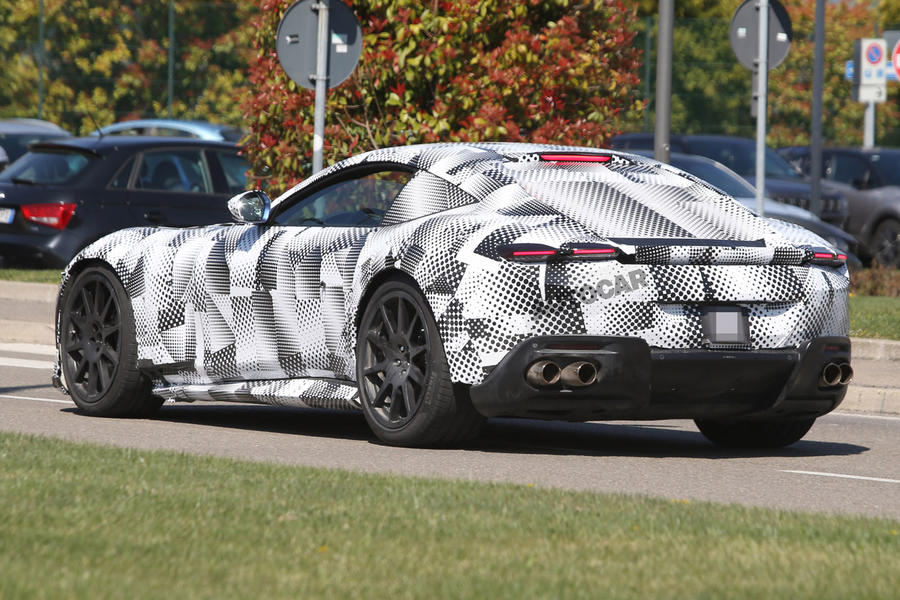 These new pictures were taken just a week after Ferrari confirmed it will be releasing its first all-electric model in 2025. The supercar firm has been working on the EV for some time but previously refused to commit to a launch date. It said it was waiting to develop suitable technology.

But speaking during Ferrari’s annual general meeting last week, chairman John Elkann said: “You can be sure this will be everything you dream the engineers and designers at Maranello can imagine for such a landmark in our history.”

As well as this, plug-in hybrid models will be part of Ferrari’s future. Elkann added: "Our interpretation and application of these technologies both in motorsport and in road cars is a huge opportunity to bring the uniqueness and passion of Ferrari to new generations."

It remains to be seen whether Ferrari’s hybrid roll-out will extend to its largest engine. Rival supercar firm Lamborghini will electrify its next V12 supercar, but Ferrari’s plans are less concrete.

Former Ferrari technical boss Michael Leiters recently told Autocar: "I personally believe we have to fight for this engine. From a technology point of view, it’s not the most efficient. A V8 turbo could make it better in terms of performance. But from an emotional point of view, it’s the best you can have."