BACK TO ALL NEWS
Currently reading: Exclusive: Bentley Bentayga Diesel prototype driven
UP NEXT
Testing the UK's newest circuit in a Porsche Cayenne Turbo GT

429bhp mixes with a claimed 35.8mpg combined; first experience suggests this will be the model most British buyers will go for
Open gallery
Close

It’s quite likely that many of those who ride in a Bentley Bentayga Diesel will never know that this SUV is diesel-fuelled. You barely hear the V8 at idle and revving it in neutral produces little additional noise beyond a (very) distant crescendo of satin drumbeats.

Engage the eight-speed automatic gearbox and the rev counter needle mostly shuffles around the lower portion of the dial. Even in Sport, it’s rare that you’ll be conscious of the V8 unless you’re working it hard, in which case upshifts can occur as the needle closes on the 5000rpm limit. At this crank speed, the V8 remains smooth, issuing a light V8 beat that could almost be taken for a petrol signature.

So for aural refinement, Bentley appears to have it cracked, even in this prototype. The V8 doesn’t respond quite as urgently as that of the Audi SQ7, the engines being quite differently calibrated despite sharing the same hardware. Aboard the Audi, the throttle response in Sport can be almost joltingly sudden, whereas the diesel Bentayga is pleasingly progressive. 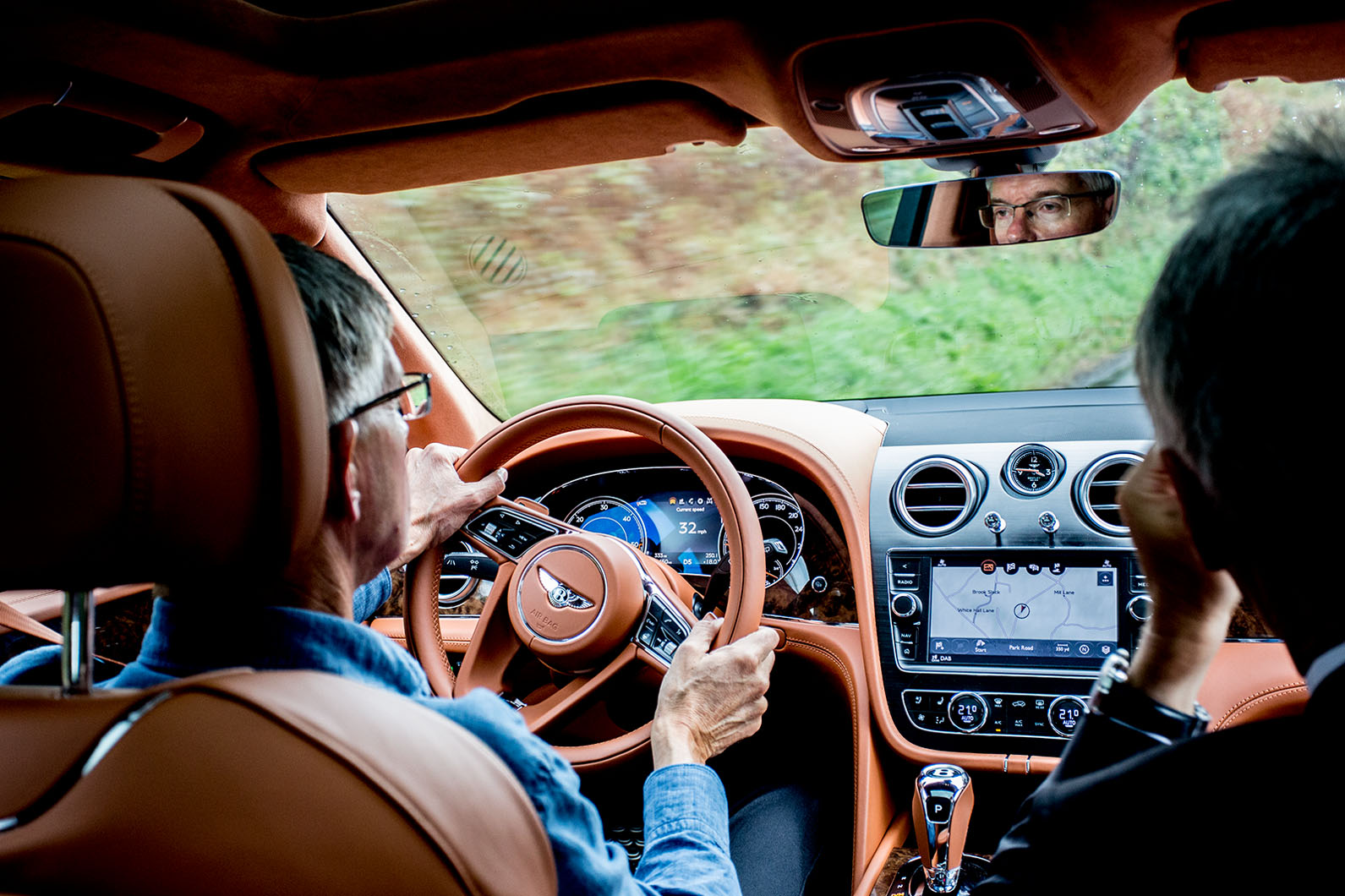 It’s hardly scientific, but the trip computer was showing low 20s for the 40-mile trip we made, much of it involving heavy acceleration. Over 300 miles, it was indicating 25.7mpg.

That’s in contrast to the car itself, which, even in this unfinished form, appears to have manners entirely appropriate to a luxury experience. Unless you need surging performance beyond 100mph, this is the Bentayga that makes most sense — especially at £24,400 less than the W12.

It's still the ugliest looking vehicle out there.
renster 21 September 2016

Hope this Tri-Turbodiesel V8 finds its way into the Bentley Mulsanne or Bentley Flying Spur.