Henrik Fisker has “quite big expectations” for the all-electric Fisker Ocean SUV, the firm’s CEO has told Autocar at the 2022 Mobile World Congress.

Fisker claims Europe will be “critical” for the car and the success of the firm, and forecasts up to 50% of its overall volume will be sold in Europe. The firm also hopes to ship around 60,000 sales in Europe within the next two to three years.

“I think 60,000 would be a huge success. We have been building our marketing/sales team – they’re based in Munich,” said Fisker, who wants to move further onto the continent.

“Right now, our three top countries are Denmark, UK and Norway. We’ve got to get into the middle of Europe and really start doing some commotion and getting the vehicle out there.”

Fisker says the Ocean will appeal to European customers because of its range, size and pricing. The model boasts a maximum range of 390 miles with its largest battery.

“Europe has been slow for EV adoption and having lived in Europe, many live in smaller villages. You have to drive to bigger cities or other locations, so you want that freedom of the range,” Fisker told Autocar.

“Also, I think the fact that we did a silhouette of a real SUV, but sporty, separates us from all of the fastbacks and hatchbacks. It has that luxurious and sporty feel but it’s still very utilitarian,” he said. 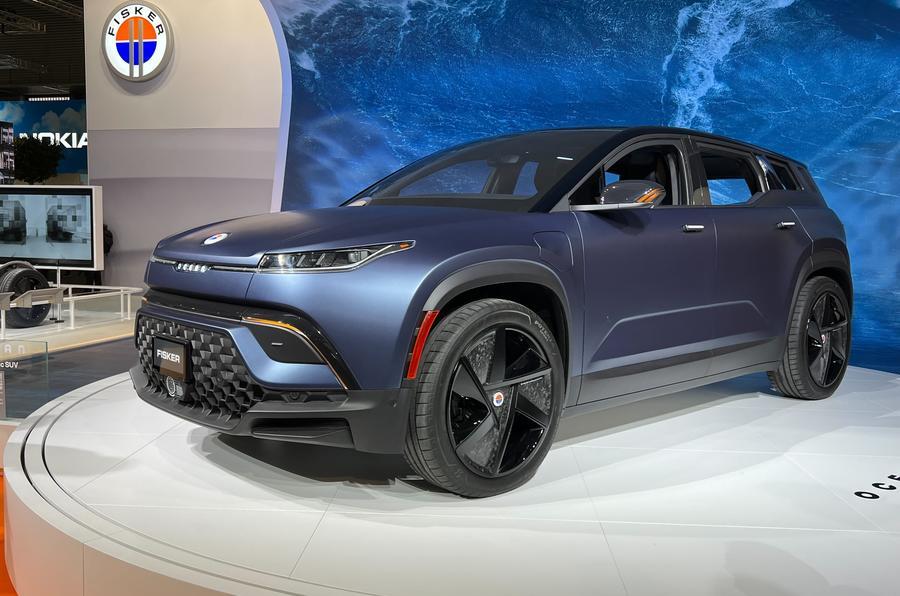 Fisker also suggests the Ocean’s low entry price point will draw more customers towards the brand, with a selection of key technology features to give it the edge.

“When I look at how that segment is growing, I see it’s mostly growing in the expensive segment,” he said. “I think we're in a price segment where we have a lot of market opportunity as there aren't a lot of great-looking cars there.”

“My goal was that we always need to have around three or four features that nobody else in the class has. We have the longest range in our price range, we have the 17.1in rotating screen, we’ve got a solar roof and for those who are really interested in performance, we’ve got torque vectoring.”

The model currently has around 33,000 reservation holders, and while Fisker suggests the Ocean is in a comparable market segment to the Tesla Model Y, he insisted there would be no direct rivalry.

“That’s the comparison, but I don’t see that as a place to get our customers. Tesla’s customers have already chosen to go in that direction,” Fisker said. He went on to suggest that the majority of sales would be from drivers of cars from ‘traditional’ brands like Mercedes, Toyota and BMW.

“When we asked them if they’d had an electric car before, 70% of people had never had one. It’s generally from people who have a car from £30,000 - £50,000 and that could be anybody. In our case, because we have new technology and we’re a new brand, we have people coming from all-over.”

The model, which is set to go into production at Magna’s plant in Austria from 22 November, will be priced from £34,990 in the UK. Deliveries will start in early 2023.

"the majority of sales would be from drivers of cars from ‘traditional’ brands like Mercedes, Toyota and BMW. "  I doubt it very much. It will not compete with German prestige, nor with Totota modesty and longevity. It is more likely that this car will plunge into the Atlantic Ocean in Europe and into the both Atlantic and Pacific oceans in America.