An evolution of the D8 GTO sports car that was released in 2011, the JD70 weighs less than 700kg and is claimed to "be suitable for both the road and the racetrack".

Power comes from a uprated version of the turbocharged 2.5-litre five-cylinder petrol engine that's fitted to Audi's RS Q3 and RS3, producing 415bhp and 384lb ft of torque to make the JD70 Donkervoort's most powerful model yet. 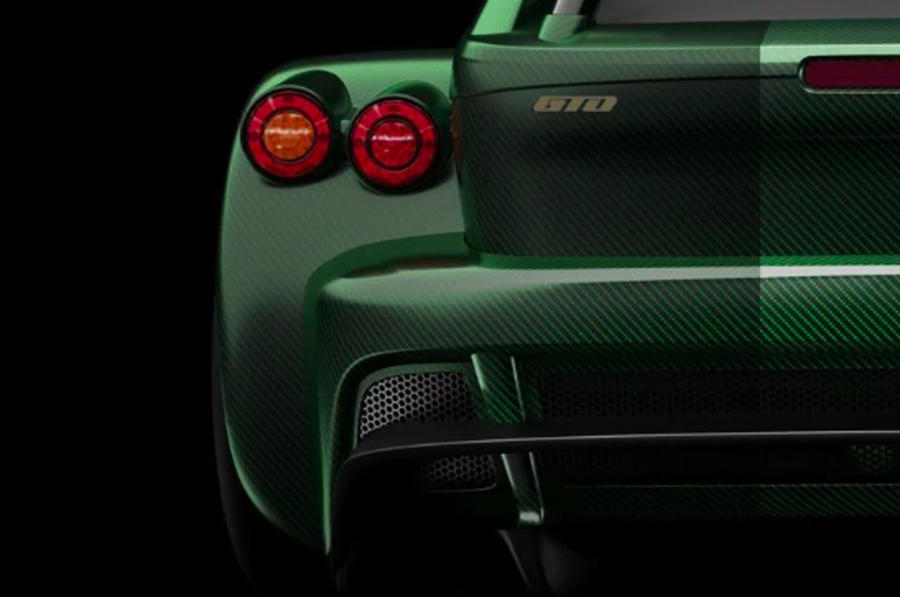 Detailed performance figures are yet to be revealed, but the new model is expected to beat the standard GTO's 2.8sec 0-62mph time and 168mph top speed. Donkervoort has confirmed, however, that the JD70 can generate over 2G of lateral acceleration in corners in standard trim.

The JD70's exhaust system incorporates a new catalytic converter, making it compliant with the latest Euro 6d-Temp emissions legislation, and exits from the side of the car, rather than the rear, to reduce weight. Donkervoort also claims it "has been tuned to deliver an even more emotional engine sound into the car".

Carbonfibre makes up more than 95 percent of the JD70's bodywork, with further weight savings courtesy of carbonfibre race seats, a lightweight lithium ion battery and a multi-function steering wheel that reduces the amount of switchgear in the interior.

While the JD70 bears a strong resemblance to the D8 GTO on which it is based, it receives a number of styling tweaks aimed at maximising aerodynamic efficiency and downforce.

The front wings feature a louvred design that enhances air flow for an improved top speed, while a redesigned front end, prominent rear diffuser and 'cycle-wing' wheel covers help to generate 80kg of downforce at the rear, and 50kg at the front.

Taking a minimalist approach, the company says that the JD70, which will cost €163,636 (£141,677), will "swim against the mainstream sportscar tide by minimising electronic driver aids".

Just 70 examples will be built across a 2020/2021 delivery run. Pre-orders are already being taken.

The JD70 isn't the first variant of the D8 GTO; Donkervoort also revealed S, R and RS versions in 2016.

EU deals: cars to import while you can

Under the skin: How carbonfibre is trickling down to the mainstream​

For a modern Caterham.

These spammers seem to

find it easier to log in than I do...

find it easier to log in than I do...

lol. shows how much Haymarket loves our comments on here.  The scrapped the forum, this perhaps should be scrapped too?

But Norma has even better  rates.

I like the way £150,000 is casually tagged on at the end, as if your not going to think that’s silly money for not a lot of Car materialy, there’s at least two Cars I could think off that a way better than this Car.

Not interested in this car due to the price tag, but I wish Caterham would take inspiration from the styling of this car to modernise the 7.

Then I might dip in my pocket and enjoy a few years of glorious, but sensible, motoring before we're all forced to sit in self-driven white goods appliances.

A Donkernator seen out on the road!