BACK TO ALL NEWS
Currently reading: British firm boosts Lancia Aurelia restomod to 300bhp
UP NEXT
New 2023 Audi A4 Avant spotted as testing begins

A British car restoration company has revealed the ‘ultimate evolution’ of its Lancia Aurelia restomod series – a specification that will apply to the final three cars.

The Outlaw is driven by a modified 3.2-litre V6 Busso engine producing more than 300bhp, mated to a five-speed manual gearbox. Previous versions of the Outlaw produced around 220bhp, which was already roughly double the output of the standard-specification Aurelia.

The car is distinguished from the standard model by its lowered roofline and period rally-inspired design cues, while its lighter aluminium body gives a total weight of 1100kg – a weight saving of 75kg. 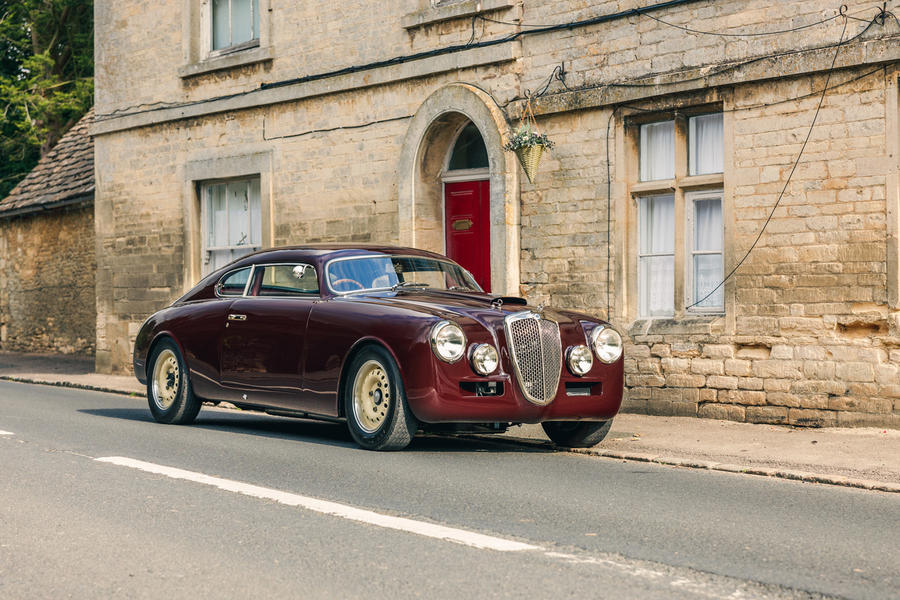 The inside of the car is finished with a mix of leather and Alcantara, with a wood-rimmed steering wheel and a roll-cage for bolstered safety. The firm says several personalisation options can be selected including two-tone finishes and customised dashboards.

“The Aurelia Outlaw project has now reached its ultimate evolution, with just three remaining cars to be built, each with a new set of meticulously developed upgrades,” said Thornley Kelham co-founder Simon Thornley. He added that further commissions are on the way in bespoke ‘European’ specifications.

“This doesn’t mark the end of our bespoke commissions. In fact, the European CSL is the first of a new line-up of projects we have developed to launch in the coming years that will be badged as ‘The Europeans,'” added Thornley. “As with the Aurelia commissions, these will be built around iconic performance cars, developed with fresh designs, upgraded performance and a meticulous eye for detail.”

Just nine Aurelia Outlaw examples will be built by the firm, with the first six complete or in progress. The final three cars will be built in the European CSL spec.

If this were a facsimile, like the "fake snake" Cobras, it would be OK.  But if they destroy a real Aurelia to produce this, then they are by no stretch of the imagination to be considered car enthusiasts; they smash idols for profit and should be avoided at all costs, likewise the people who buy this monstrosity.

Are those steelies in beige (which look a little odd) in homage to the original?

The standard Aurelia coupe is visually perfect. Lowering the roof improves nothing except aerodynamics which cannot be the point in this case.

I thought those with the taste to collect and restore old Lancias would prefer something elegant and restrained rather than eye-catching.