BACK TO ALL NEWS
Currently reading: Britain's Best In-car Technology 2020: Honda E
UP NEXT
How Max Chilton and the McMurtry Speirling conquered Goodwood

Why the Honda E won: The E’s futuristic exterior looks are backed up by the kind of clever technology to which even Tesla would doff its cap.

The E is just one of the winners in this year's Britain's Best Car Awards - see the full list here.

For much of the past decade, many manufacturers have considered themselves at the cutting edge of in-car technology simply by having touchscreens. The bigger, the shinier and the more of them there are, the more like Apple we are, seems to be the rationale.

But for every iPhone, there’s an unbranded knock-off from the local market that’s little more than a glorified calculator. In the car world, that analogy extends to the best in-car tech enhancing the overall experience, the worst being downright unsafe and distracting.

Nobody yet has come along and really convinced us that full digitisation is preferable to a good old-fashioned joystick-style controller and a few sensibly located and sparingly used buttons.

The Honda E is winning the argument against us, though. Here’s a car whose interior – and even elements of its exterior – is designed around the tech, rather than seemingly having it stuck on as an afterthought.

Its show-stopping feature is rear-view cameras that replace wing mirrors. This isn’t a world-first new feature, granted, but it is at the E’s price point. And while they take a few journeys to get used to, you soon appreciate the wider field of vision they afford you, the handy markings that show distance to cars behind when you’re changing lanes and their improved visibility in low light, not to mention their near-immunity to interference from direct sunlight. They also have the handy knack of reducing drag and therefore improving aerodynamic efficiency. 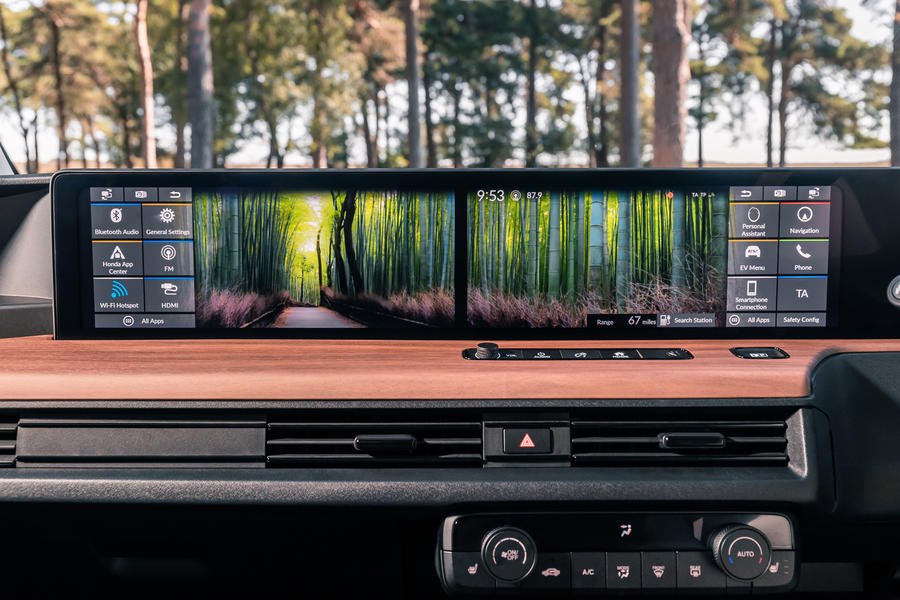 The ‘mirror’ screens at the base of the A-pillars are merely the bookends to the full-width digital dashboard, which has been created by those who not only know software development but also the realities of how in-car tech is used on the road.

The infotainment is used through two 12.3in touchscreens, the simple but most impressive feature of which allows the displays to be passed between driver and passenger, allowing your co-pilot to change the radio or input destinations into the sat-nav without their wiggling fingers entering your eyeline. Choose to not have anything on there and you’re presented the image of a rather lovely Japanese garden, if that’s your kind of thing.

It’s a very happy combination of hardware and software still so rarely seen in the car industry, and it has the kind of break-out appeal to please tech enthusiasts perhaps not seen since the Tesla Model S first showed that there was another way to make a car interior.

Silicon Valley levels of impressiveness from in-car tech remains a surprising blindspot for an industry that creates some truly wonderful and wonderfully complex products. The E shows a new way of doing it: get the tech team involved at the very start of the process, rather than the end, design the cutting-edge tech into the car from its conception and move the game on accordingly. 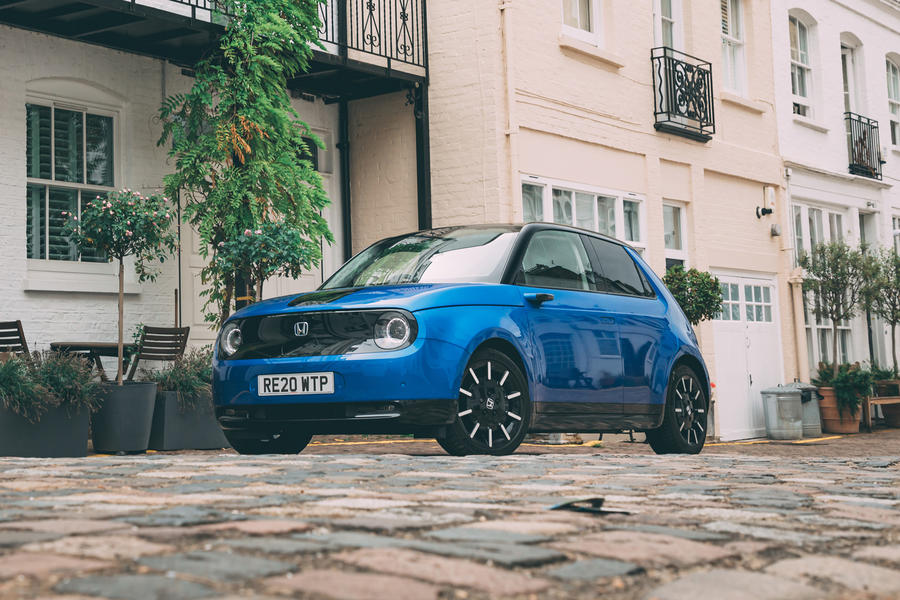 I remember driving the E for the first time and coming away thinking that I wasn’t convinced by its 136-mile range, its price or the size of its interior. An easy car to like, I thought, but not an especially easy car to recommend.

Then a text arrived from a mate. “I’m thinking about buying a Honda E,” it said. “Absolutely, order one straight away,” I replied. “You will love it.” And for a car to engender that kind of feeling, it must be doing something right.