BACK TO ALL NEWS
Currently reading: Bentley rounds off centenary trio with Continental Number 1 Edition
UP NEXT
Volkswagen ID Buzz to kick-start wave of enthusiast-oriented EVs

Bentley has paid tribute to its 1929 Blower race car with the new Continental GT Number 1 Edition by Mulliner.

Based on the Continental GT Convertible, the Number 1 can be had in either red or grey and features a number of bespoke styling elements that, the firm says, “celebrate some of the pioneering individuals from the marque’s first 100 years”.

The Number 1 is equipped with a Centenary trim package that adds commemorative badges to the bootlid and wheels, unique LED lighting patterns and bespoke interior elements. The number 1 is painted on the grille, in reference to the brand’s historic motorsport markings, and a carbonfibre body kit is fitted as standard. 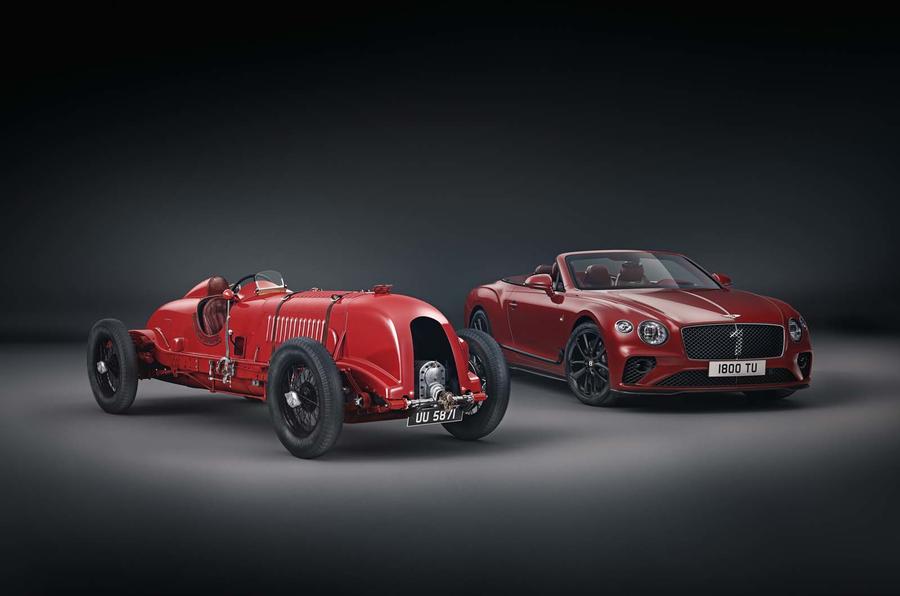 The Continental’s rotating infotainment display now features a miniature replica of the Bentley Blower’s distinctive wheel spinner, formed from a piece of piston taken from the original car.

The special edition is powered by the standard model’s twin-turbocharged 6.0-litre W12 engine, with power sent through a dual-clutch eight-speed gearbox.

The Number 1 Edition completes a trio of limited-run models Bentley has unveiled as part of its centenary celebrations.

The Bentley Blower, named for its prominent supercharger, set the Outer Circuit lap record at the now-closed Brooklands race circuit in Surrey in 1932.

This is about as tacky as possible. No, wait that absurd tie-up with Land Rover and the Virgin Galactic was the worst.

So maybe this marketing-led, cynical creation deserves second prize for trying to make a tenuous link to something in order to add a veneer of interest to a product?

I like it. I don’t think they need to add a ‘veneer’ or interest, the new GT is selling well and so it should. It’s an excellent car!