A teaser video for a special-edition Aston Martin V12 Vantage S Spitfire 80 has been released ahead of the car's launch.

The cars will be finished in a special Duxford Green colour, with yellow pinstripes along the sides and bootlid to mimic the look of a Sptifire.

Inside, a 'Spitfire 80' logo is embroidered in black onto the headrests, the floor mats are made with saddle leather and sheepskin in tribute to Irvin flying jackets, the door inserts and pulls get Spitfire-inspired red webbing and the airbag cover is embroidered with a unique aircraft identification code.

Buyers can also add accessories to their purchase, including a special Spitfire 80 Irvin jacket and a flying helmet and goggles. Additionally, there’s a themed car cover, embossed owner's manual and leather photo album of the handover bespoke to each customer. 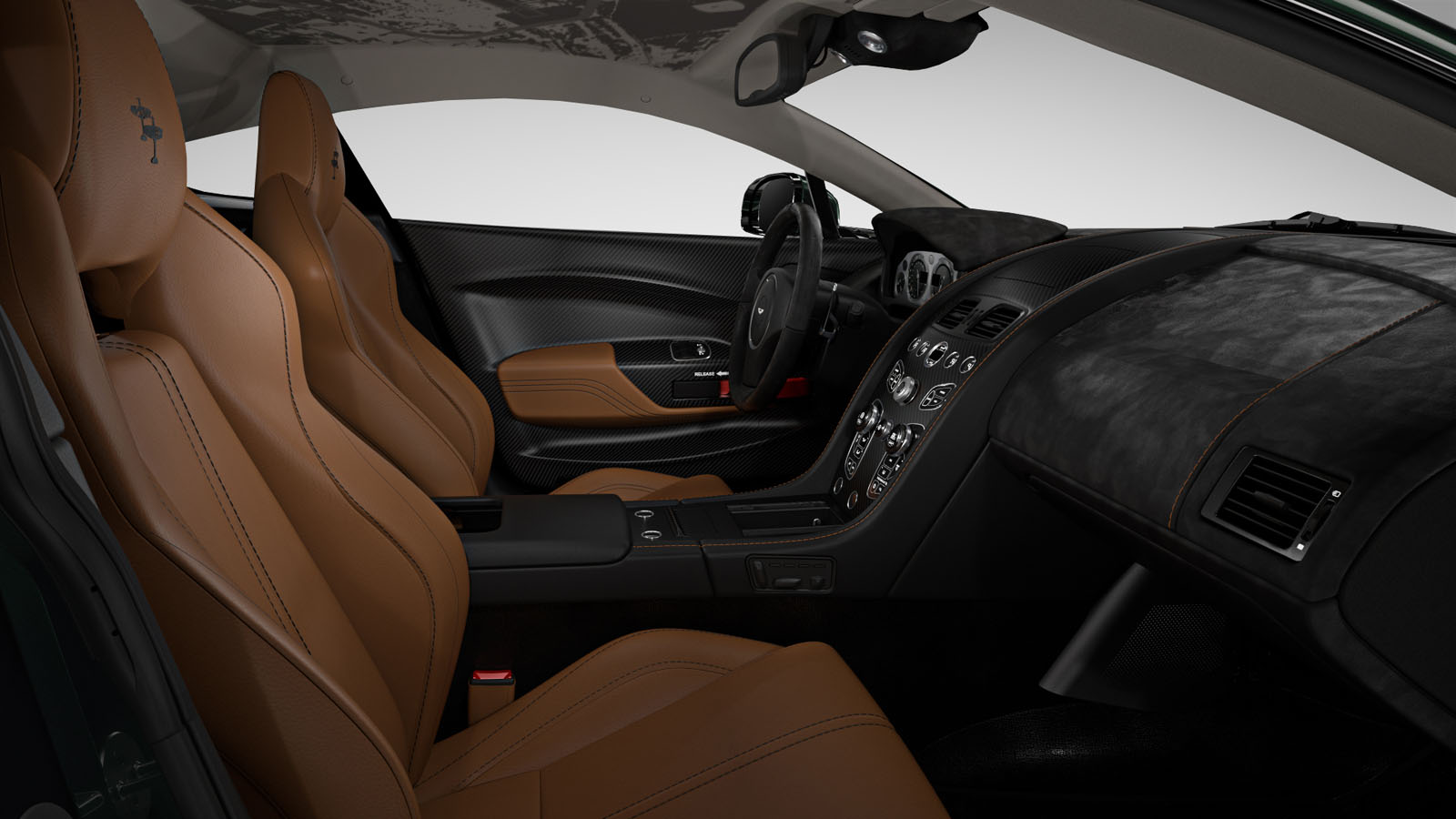 The handover itself takes place in the AirSpace exhibition at Imperial War Museum Duxford on the 18 October, with a talk from a veteran Spitfire pilot included. Owners will get to drive their cars along the Duxford runway before watching a Mk1 Spitfire in a demonstration display.

No technical changes have been made to the car, so all Spitfire 80s come with the same 565bhp 5.9-litre V12 engine as the regular V12 Vantage S. Performance also remains the same, with the 0-62mph dash taking 3.9sec and the top speed listed as 205mph.

However, the Spitfire 80’s £180,000 starting price is £39,505 more than a regular Vantage V12 S, but given the model’s significance and rarity, all 80 examples are likely be snapped up in the coming weeks.

For every car sold, Aston Martin Cambridge says it will make a donation to the Royal Air Force welfare charity, the RAF Benevolent Fund.

Staggering levels of hatred for this car!

I'm amazed by the disdain for this car tbh, it's utterly beautiful and seriously capable. The paint/trim goes perfectly and the tie-in is in my mind a good one. Yes it's another Ltd Ed model, but why would they not do it? Besides this is an Aston DEALER doing this not the factory.

But all of this is irrelevant anyway as all 8 have now been sold, and wonderfully all are manual.

Have you driven or owned an Aston? Many people, the UK press included, seem to be beguiled by the looks and the British-ness yet in the flesh AMs lack the depth of engineering of rivals and always have. They've never had the volume or the money to develop truly credible competition to their rivals. You say it's utterly beautiful, I say its tacky, both opinions are just as valid as each other.
xxxx 27 August 2016

You can get a matching set of flying goggles!
DanSkelton11 15 July 2016

Long in the tooth

I must admit that I'm a big fan of Aston Martin, and the Vantage in particular. It's not that I have anything against Limited Edition models such as this, but I do feel as if they are trying to extend the models lifespan by 'tarting it up'.
Peter Cavellini 15 July 2016