BACK TO ALL NEWS
Currently reading: Aston Martin sports cars to be radically reinvented for 2023
UP NEXT
New Lamborghini Countach: epic UK road trip in reborn icon

Aston Martin sports cars to be radically reinvented for 2023

Chief among the upgrades for each will be revamps for the suspension system, engines and gearboxes, and crucially, completely overhauled interiors.

"Finally, Aston Martin gets touchscreens," said Stroll, confirming that the cars will do away with the ageing Mercedes-Benz-derived trackpad system they have used since launch. Under the terms of an earlier agreement with Mercedes, Aston Martin could only deploy technology in its own cars that had been used in Mercedes models for three years.

"How can you have an Aston Martin that sells for £150,000 with three-year-old technology? It is a silly thing the previous management agreed to," said Stroll.

He added that while the systems will be brought into line with the latest technology on the market, Aston will differentiate its platform from that of Mercedes with "our own faces, our own voices - a proper English accent".

It is all part of a move to ramp up sales of its front-engined sports cars to 4000 units per year, Stroll explained. "That is the true consumer demand," he said. 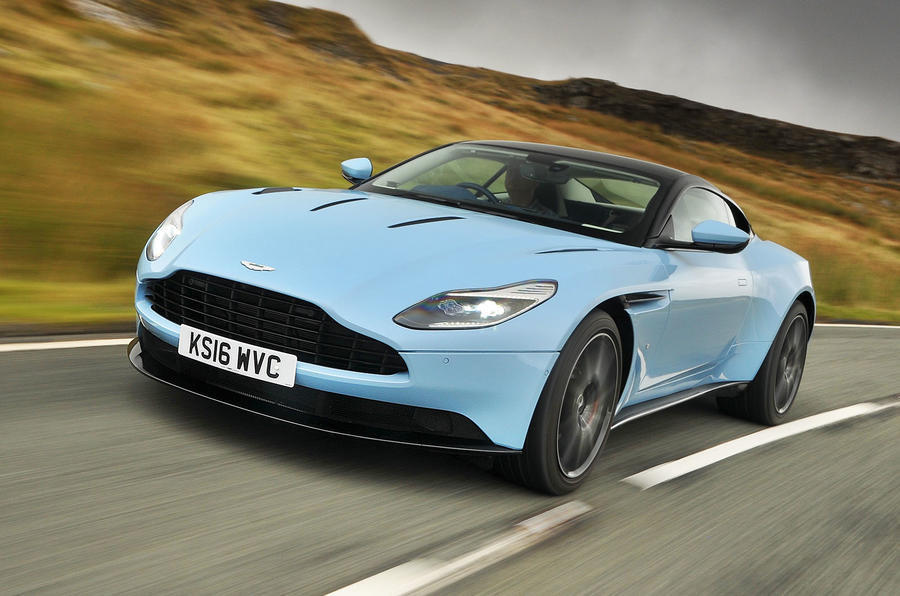 An early stage of Stroll's turnaround plan for Aston Martin centred around reducing the company's output to meet demand, rather than building for wholesale. He said the company has only built cars to order since April 2021, and sold 400 more cars to retail customers than it did to wholesale last year.

Hinting at how radically evolved the new cars will be, Stroll told reporters: "You'll be very impressed with the all-new 'front-engines' next year. There's no similarity at all to the current cars," he said, but added that there will be "some carry-over" at the rear end.

The updated trio, Stroll said, will be "what those cars should have always felt like".

Importantly, he confirmed any engine changes won't extend to a removal of the DBS's 5.2-litre V12. The Vantage and DB11's twin-turbo 4.0-litre V8 is likely to be uprated in line with AMG's most recent offerings.

A reveal is expected around the end of the year ahead of sales beginning in 2023, although it remains unclear whether Aston will launch all three models at once.

As a current Aston Martin owner, and someone who went to order  another new Aston Martin only to have Aston Martin kill that plan, I would note a few problems with, e.g., the current Vantage.

As others have noted, the interior is so inferior in quality compared to the 911 and other cars, particularly at this price point. No glovebox?  Are they freaking kidding me?????

The bonnet release on the passenger side of the car for more than 80 percent of AM sales?

I wanted to order a roadste with (1) a manual gearbox and (2) I wanted to order the optional carbon ceramic brakes.  Despite expecting to pay thousands more for carbon ceramic brakes and offering to pay many thousands more for a manual, Aston Martin said, even if a Q car, they would not sell me a manual gearbox Vantage and they would not sell me a roadster with carbon brakes!

Add to this Aston Martin service in the U.S. can be terrible compared to other companies.

So what does this do?  It pushes people to buy Porsches....even those of us who really did not want a Porsche.  Porsche will sell, for less money than a Vantage, a 911 Targa with carbon ceramic brakes and a manual gearbox....and a far better built car, inside and out....with an actual glovebox!  Imagine that!  And Porsche service is miles better than AM's service.

For the money Aston Martin charges for an inferior product, Aston Martin should at least give their customers what they want and are willing to pay for, otherwise, there simply is no reason to buy an Aston Martin at all.

NorfolkS2TVR 11 February 2022
Can't see AM surviving whilst the disruptive Lawrence Stroll is allowed to dictate policy. If he thinks that changing the infotainment system will make people by the cars he's even more deluded than I thought. Personally I have no problem with using AMG engines as they seem to be very good. AM is too small a company to be afford designing and building it's own engines. Anyway, hope I'm wrong and that AM not only survives but flourishes. Beauty is in the eye of the beholder and I wouldn't buy one as I think they're pug ugly and not a patch on the previous designs, though I applaud all those who think otherwise and bought one- you have my total respect
Caddylad 10 February 2022
The brand's current line up needs a general overhaul... The DBX has without a doubt helped AM's pockets to survive, however the Vantage and DB9, previously, were very beautiful cars, and the current Vantage and DB11 are very much in need of a bit of a update. I absolutely love the brand, as I do with Jaguar. Hopefully Aston will pull it out of the bag as it would be so sad to see it fall. Unfortunately, they don't have the money behind them like Bentley do, being part of the VW group. But I hope they can make it.
View all comments (5)