BACK TO ALL NEWS
Currently reading: Aston Martin DB4 GT Zagato: 10 reborn classics near completion
UP NEXT
Exclusive: Aston Martin seeks funds to safeguard its future

Each car is the result of around 4500 hours of labour carried out by the engineers, handcrafted using what Aston calls "artisan coachbuilding skills", including techniques more commonplace in the middle of the last century.

The first completed DB4 GT Zagato Continuation model was shown at the Le Mans 24 Hours in June. It was painted in Rosso Maja, a colour mixed by paint supplier Max Meyer specially for use on the original Zagato DB4. 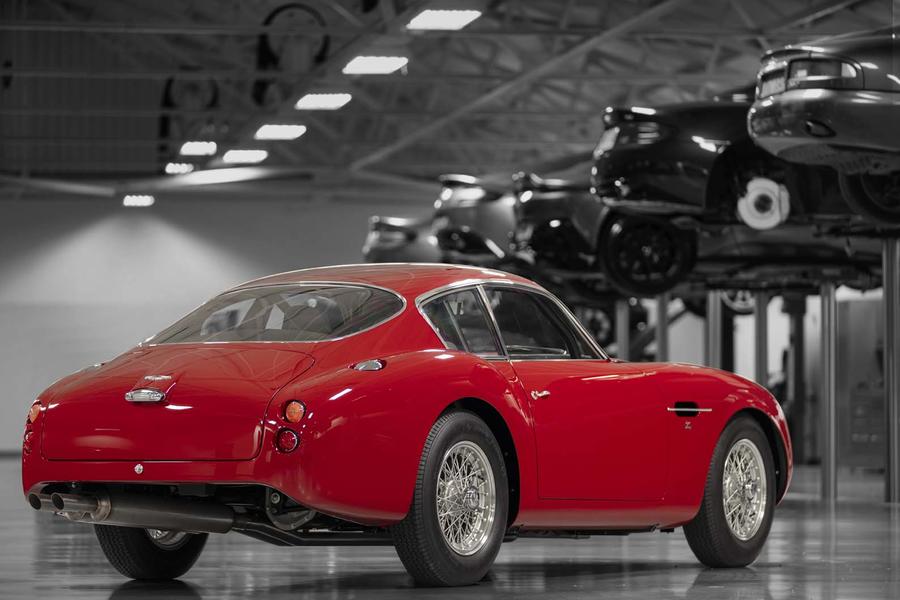 Inside, carbonfibre race seats are trimmed in black leather, as are the door cards and headliner, with carpets decorated to match. A full FIA-approved roll cage and period-correct race instrumentation also feature.

As well as the 19 DB4 GT Zagato Continuation models being produced, the same number of a bespoke new supercar, called the DBS GT Zagato, are scheduled for production, but the two models will only be available to buy as a package – at a cost of £6 million for the set, before tax.

The track-only DB4 GT Zagato is powered by an updated 4.7-litre version of the Tadek Marek-designed straight-six engine that features in the original. It delivers more than 390bhp to the rear wheels through a four-speed manual transmission and limited-slip differential. 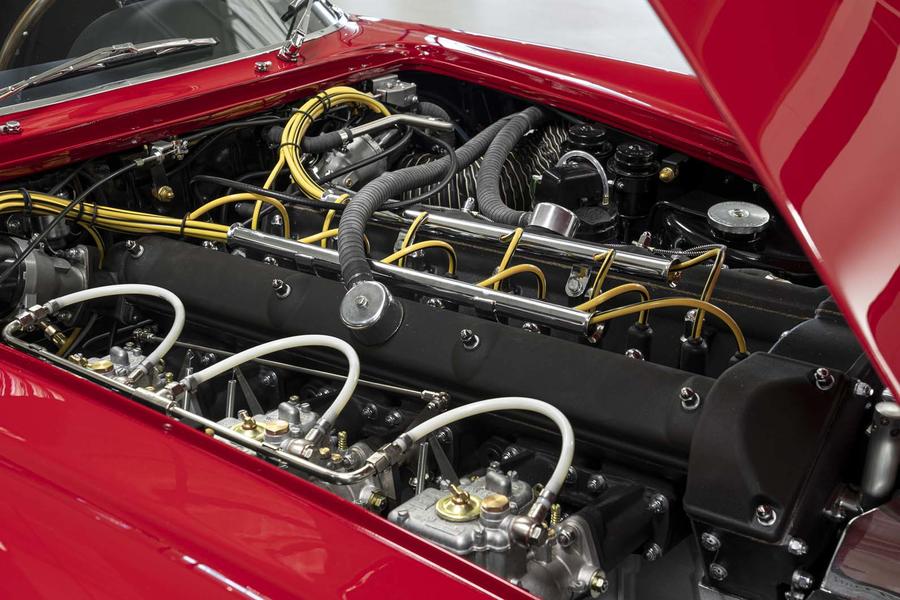 The modern car has not yet been revealed fully, but renderings released by Aston offer a good glimpse at its dramatic design. It’s based on the DBS Superleggera, and will feature the same short tail and double-bubble roof of previous Zagato Astons. The 715bhp turbocharged 5.2-litre V12 will also remain.

Aston Martin boss Andy Palmer said: "The partnership between Aston Martin and Zagato is one of the most fruitful and enduring in the automotive world. With Zagato celebrating its centenary next year, what better way to celebrate this landmark - and the long-standing bond between our two great companies - than creating these 19 pairs of cars.”

While the DBS Zagato is road-legal, the DB4 GT Zagato is a track-only car, given that the latter is based on a now 58-year-old design. The DBS Zagato will be built at Aston Martin’s Gaydon facility.

It's the latest in a string of Aston Martin continuation projects - the DB4 GT was resurrected for a continuation run of 25 models, which were sold for £1.5m each; while, more recently, 25 Goldfinger-spec DB5s were announced for production, to the James Bond car specification.

it’s not just you, whenever I have ssen a Zagato bodied Aston it has made it quite clear to me how right Aston got it the first time, and how Zagato just buggers the whole thing up.  This car, for instance, looks like a cross between a DB4 and a Ferrari 250 SWB, but manages to be nowhere near as pretty as either car.

If Aston really wants to do recreations, why not just redo the DB4, DB5 or DB6?  Any of them would be nicer than this.

Bloody brilliant. Yes it’s expensive, yes you can’t drive it anywhere....but look at it! It’s beautiful. It’s also fantastic that Aston are keeping these skills and supply chains alive. How anyone can be negative about this kind of artistry from such a wonderful British brand I don’t know.

-or is it me?  I've always thought that whenever Zagato produced a variation of an Aston, it was never as good looking as the car it was based on; the shapes and proportions were always a bit "off".  Take the grille on this one for example - nothing like as stylish and shapely as the original.

Irespective of staged pics or not, look at it!, British workmanship at its best, this Car looks perfect, and yes the asking price is wild,but, there are buyers out there with money to burn , hide from Tax authorities.