BACK TO ALL NEWS
Currently reading: Ares reveals 705bhp S1 Project Spyder Barchetta
UP NEXT
New 2021 Porsche 911 GTS gets 473bhp and uprated chassis

The S1 Spyder keeps the hand-crafted carbonfibre body of the S1, which is claimed to offer “maximum downforce and minimum aerodynamic resistance”, but loses its windscreen and roof.

In their place, it gains a pair of wind deflectors, pushing air over the passengers and into the car’s air intakes. Ares claims this creates a “virtual canopy and a calm yet unfiltered driving experience”.

As with the S1 coupé, just 24 examples of the S1 Spyder will go into production next year at Ares’ factory in Modena, Italy.

Ares co-founder Dany Bahar said: “We had always planned a Spyder version of the S1 Project, and since we revealed that car last month, the reaction has been fantastic, so we're very pleased to release details of the S1 Project Spyder. 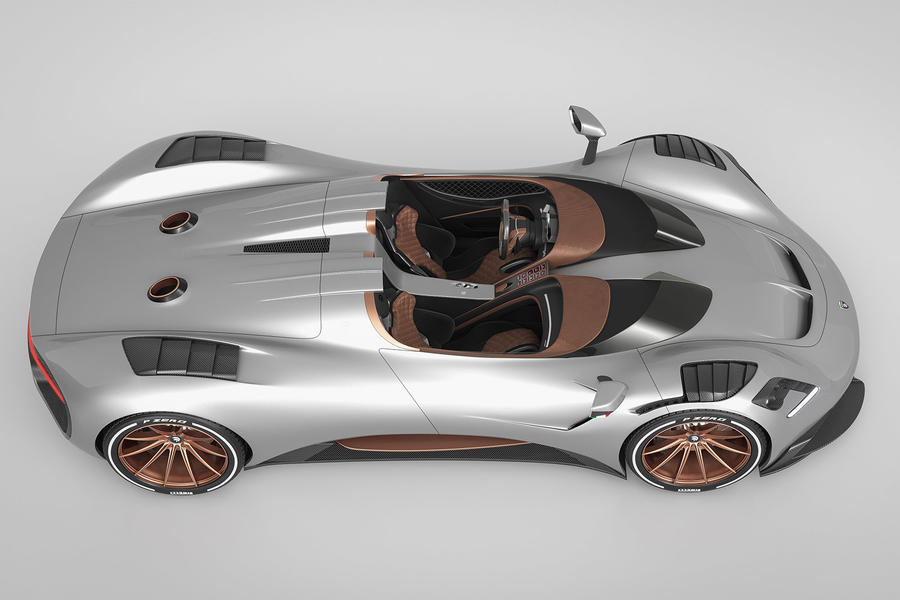 “We wanted to create a model that's a true tribute to the pleasure of sport driving. This new barchetta version adds more charm to the S1 Project design, as it takes additional inspiration from the world of motorsport and the racing cars of the past.”

The S1 Spyder has a bespoke, hand-crafted interior. Its seats, dashboard, panels and steering wheel are finished in “highest-grade” Nappa leather and Alcantara.

It's powered by the same naturally aspirated V8 engine as the S1, which creates 705bhp, delivered to the wheels via an eight-speed dual-clutch automatic gearbox, and has a specific ECU tune and bespoke exhaust system.

Ares “anticipates” the S1 Spyder and the standard car will sprint from 0-62mph in 2.7sec, although it's unclear whether this has been confirmed by real-world tests.

While Ares has yet to specify a price for the S1, its brief promises a “sports car price tag”. The S1 Spyder is available to order now.

Hints of Pagani and even Isdear, but truly its own thing.  Beautiful, clean, and with heaps of presence.  They'll sell out in no time.

Yes, it does have a big Ares, the trouble with these cars is, they're supposed to be small, this is a Catealk Car, you might see one or two, if it gets built, in Monaco places like that, it's Ho hum from me.

Yes, it does have a big Ares, the trouble with these cars is, they're supposed to be small, this is a Catealk Car, you might see one or two, if it gets built, in Monaco places like that, it's Ho hum from me.