BACK TO ALL NEWS
Currently reading: Ares Design S1 shown in Europe as limited-run NA V8 supercar
UP NEXT
Out of character cars: Nissan Nismo GT-R vs Toyota GR Yaris vs Alpine A110

The S1 Project has been shown as a full-size model at the Salon Privé event at Blenheim Palace in the UK, ahead of entering production in 2021. Just 24 examples are planned to be built.

The S1 Project is claimed to have been built to a simple brief: “A car to comprise hypercar design, supercar performance and a sports car price tag”. Although no price has been detailed, that would suggest that the S1 Project will be more affordable than the usual crop of low-volume, bespoke hypercars. 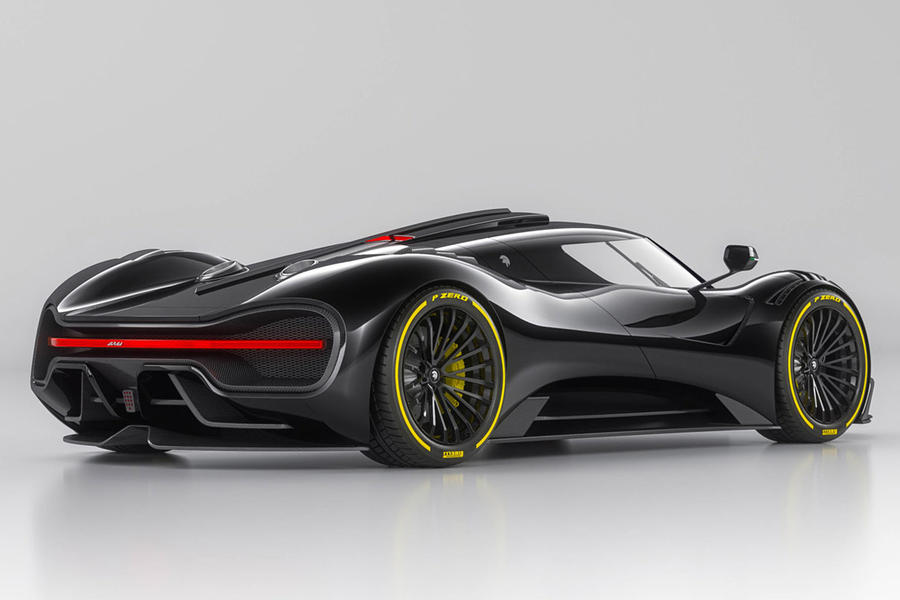 The body was shaped by computational fluid dynamics (CFD) for “maximum downforce and minimum aerodynamic resistance” and is created from “hand-crafted” carbonfibre panels. The exhausts for the mid-engined engine are found on the bonnet, as with the Porsche 918 Spyder.

Ares’ new model is powered by a naturally aspirated V8 powerplant of undetermined origin. The unit puts out 705bhp and is claimed to be able to rev to an 8800rpm redline for a “deeply satisfying sonorous roar”. The unit is mated to an eight-speed dual-clutch automatic gearbox and has a specific ECU tune and bespoke exhaust system.

Although it doesn’t appear that much real-world testing has taken place, Ares “anticipates” a 0-62mph time of around 2.7sec from calculations. No weight figures has been given for the car. We do know, however, that it features double-wishbone suspension, forged aluminium axles and adaptive ride control for a “potent yet uncomplicated drive”.

A rendering of the S1 Project's interior showcases a concept-like design with hand-stitched leather and Alcantara, plus high-tech user interfaces and a separate touchscreen for the passenger.

Inside Ares Design: building the cars that manufacturers daren't

Yet more Danny Bahar lies.  It's another money launder exercise for his mates.  Come on Autocar.  Stop giving this criminal the space in your publication.

Legal said I should add this

Nowehere does it say that this car is based entirely on the mid-engined Corvette.

Nowehere does it say that this car is based entirely on the mid-engined Corvette.

Yep, a few errors / omissions here.  It's a rebodied C8.  Engine will be a version of the venerable SBC.  It won't have forged aluminium axles, but rather forged aluminium wishbones and uprights.

I've always thought of Bahar as a clown, but this looks freaking epic.  And it's very relaistic, given how easy it is to remove and repalce the body panels on a Vette.  Great work so far - hope it makes production.

Given Bahar's track record, I

Given Bahar's track record, I'll take this one with a hefty pinch of salt.