BACK TO ALL NEWS
Currently reading: Alpina version of BMW X7 seen testing for the first time
UP NEXT
Volkswagen ID Buzz to kick-start wave of enthusiast-oriented EVs

Alpina appears to be working on a performance version of BMW's X7, just weeks after the maker's boss confirmed to Autocar that it is in the product plan.

Prototypes of the X7 have been spotted hammering around the Nürburgring Nordschleife with typical Alpina design cues, including large multi-spoke wheels and the tell-tale front bumper and lower intake design, split into two portions with a disguised Alpina badge mounted in the centre of the lower half.

It's most likely Alpina would keep that powertrain but bump power up to (and possibly beyond) the 600bhp offered by the same unit in the B5 saloon and estate to make what's expected to be badged XB7. A high-performance diesel variant, badged XD7, could also be on the cards. 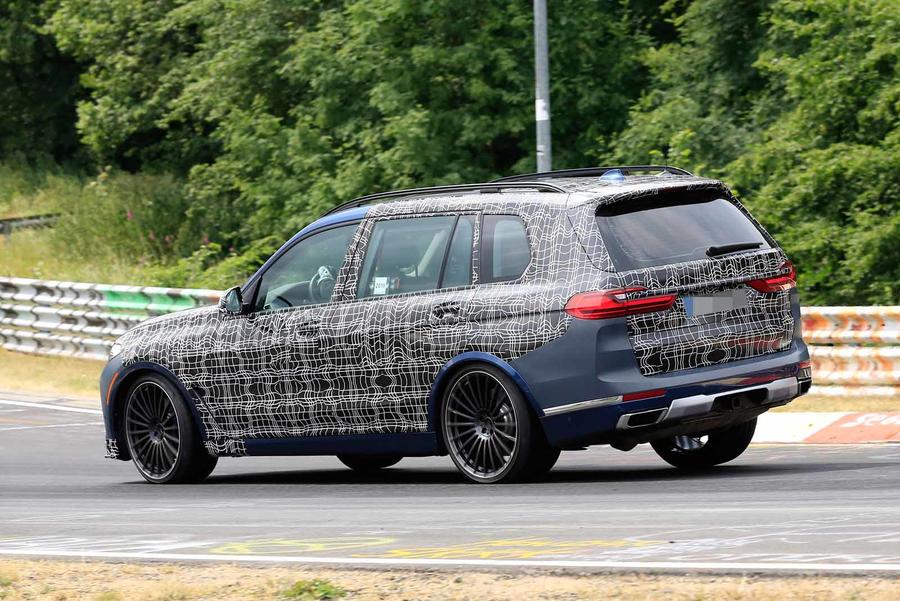 Alongside the power boost Alpina will also be complemented by its unique suspension componentry and tuning, while both inside and out there will be different design elements reserved for Alpina models.

Alpina boss Andreas Bovensiepen spoke to Autocar earlier this month, when plans for its version of the X7 were first discussed.

“We are thinking about having an X7 in the future but not right now, because BMW has a very high demand for it and currently the plant is full,” Bovensiepen said at Alpina's headquarters.

He explained he has to keep production capacity in mind because BMW makes every member of the Alpina line-up on the same assembly line as the model they’re based on. While he didn’t provide a launch window, his comments suggest we won’t see the Alpina-branded X7 until 2020 at the earliest.

Alpina has followed BMW into the lucrative world of high-performance SUVs, but it hasn’t launched a hybrid yet. It nonetheless dabbled in petrol-electric technology in 2015 when it built and tested an evolution of the i8 powered by a four-cylinder engine that bumped the powertrain’s output to 460bhp.

Bovensiepen remembered the 100 additional horses made the i8 “quite convincing to drive” without sacrificing its green credentials, but he was forced to cancel the project after BMW voiced opposition to it. 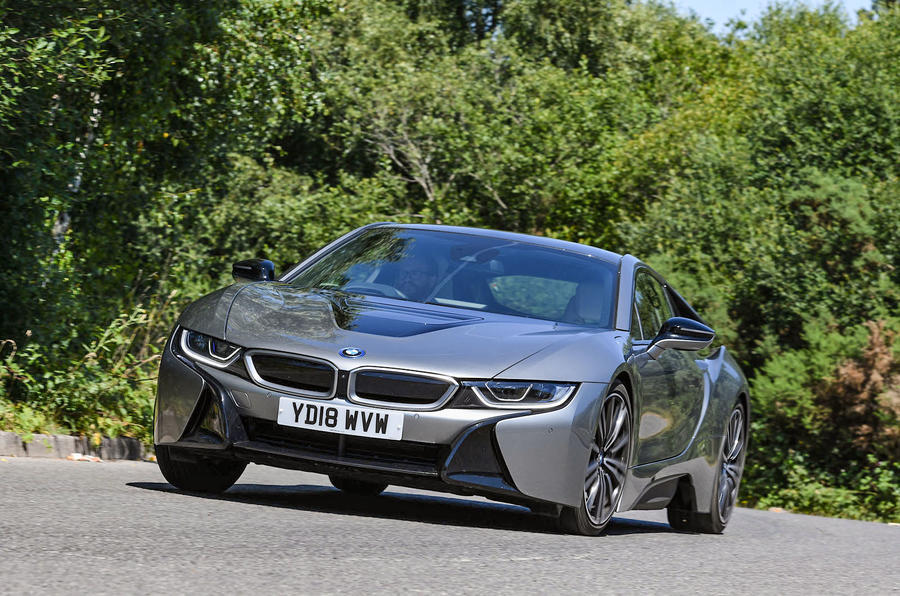 “BMW told us it wasn’t happy giving M or Alpina access to the i brand’s projects," he said. "We were told that BMW i stands for environmental friendliness, not for visual exhaust pipes.” Alpina has a long-standing relationship with BMW and therefore couldn’t ignore the feedback it received.

The i8 joined the Mini in the ranks of Alpina rejects; in the early 2000s, after BMW relaunched the Mini brand, Alpina considered adding the hatchback to its line-up as an entry-level model. It again built and tested a prototype, but turning it into a series-production model was more complicated and more expensive than it was worth. Bovensiepen said Alpina doubted the project relatively quickly. Cost and complexity issues were compounded by the fact that the original Mini isn’t part of Alpina’s heritage.

The second-generation BMW 6 Series released in 2003 drove the final nail in the Alpina Mini’s coffin. Adding the 6 Series to the Alpina family made a lot more sense from both financial and image standpoints. The company hasn’t considered making another Mini since, and even smaller BMWs such as the 1 Series and 2 Series remain off-limits.

Alpina at 50: how to improve on BMW's finest work