BACK TO ALL NEWS
Currently reading: All-new Lada Niva coming in 2025
UP NEXT
Lotus Emira vs Porsche 718 Cayman

The all-new Lada Niva, due in 2025, will spearhead a four-car family of off-roaders, completed by a “big brother” Grand Niva and the existing Niva Legend 4x4 and Niva Travel crossover.

The new Niva will be based on Lada parent company Renault Group’s CMF-B platform, as used by the overtly road-focused Renault Captur and Arkana SUVs, but the Russian manufacturer is looking at special modules to enable the Niva to live up to its forebear’s off-road capability.

Lionel Jaillet, vice-president for product performance at Dacia and Lada, explained: “We’re trying to improve [the platform] as much as possible. The front and rear overhangs will be reduced and the technology will be adapted so that it’s even more capable than the [Dacia] Duster.”

Lada will change the CMF-B’s dimensions and approach and departure angles, as well as offering a low-range gearbox and a new four-wheel drive system (also set to be available on the next Duster) to ensure that the new Niva will be a “very good modern 4x4”. Jaillet added: “It won’t have the same capability as the original, because it’s physically impossible with regulatory requirements. But we will take the best of the Russian mindset – extreme, rough conditions – in the deployment of our next cars.”

Commonality between the Renault Group brands will be increased over the coming years, according to Jaillet, but not at the expense of individuality. “The design and technical specification will be separate,” he said, but there will be common elements for “maximum scale effect”.

Describing the relationship between the new Niva and the closely related future Duster, Jaillet summarised: “Dacia is outdoors, but Lada is adapted to the extremes.”

The Niva Legend, which has gone virtually unchanged since its 1977 introduction, will stay on sale alongside the new Niva in Russia, thanks to the lenient emissions regulations there. 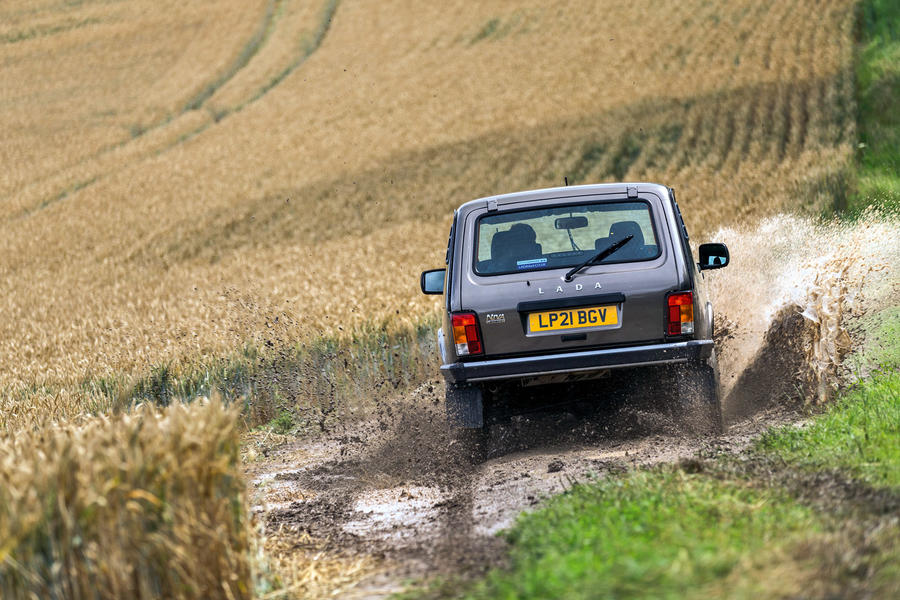 Driving the current Lada Niva back to back with its infinitely more refined modern counterparts lays bare the inherent shortcomings from which it suffers as a result of its age and utilitarian billing.

A spartan cabin and lacklustre performance are among the most glaring pitfalls, but it’s equally hard to ignore its thirst for petrol and its archaic construction.

These are all traits that will be put right by the adoption of a modern platform, but that might not necessarily be a good thing.

The Niva is so endearingly compromised and so unique in its shunning of gratuitous electrickery that you quickly forgive its foibles, so will its modernisation deprive us of one of the last few genuinely characterful SUVs on sale?

The names Land Rover Defender, Mercedes-Benz G-Class and Toyota Land Cruiser spring to mind, but here’s hoping the Niva can pull a Suzuki Jimny by keeping some of the no-frills joviality that has won it fans of all means in the past.