BACK TO ALL NEWS
Currently reading: All-new Honda hybrid drivetrain under development
UP NEXT
Report: Rivian could build electric 4x4s in the UK

New powertrain will first be used in a US-built car, which will lead the Japanese car maker’s shift towards electrification
Share
Open gallery
Close
Share story

Honda will launch a dedicated hybrid model in 2018 as part of a wider push towards electric power, and these pictures show an early test car running the all-new powertrain.

The future car, which was confirmed at the Detroit motor show in January, will be built in the US and use a two-motor and combustion engine set-up. Our sources believe this is the powertrain beneath the cut-and-shut body of the development car seen here.

The test car is based on a previous-generation Honda City, which is a saloon version of the Jazz sold in other markets. A likely reason for the car's lengthened body is to provide space for its large battery packs. 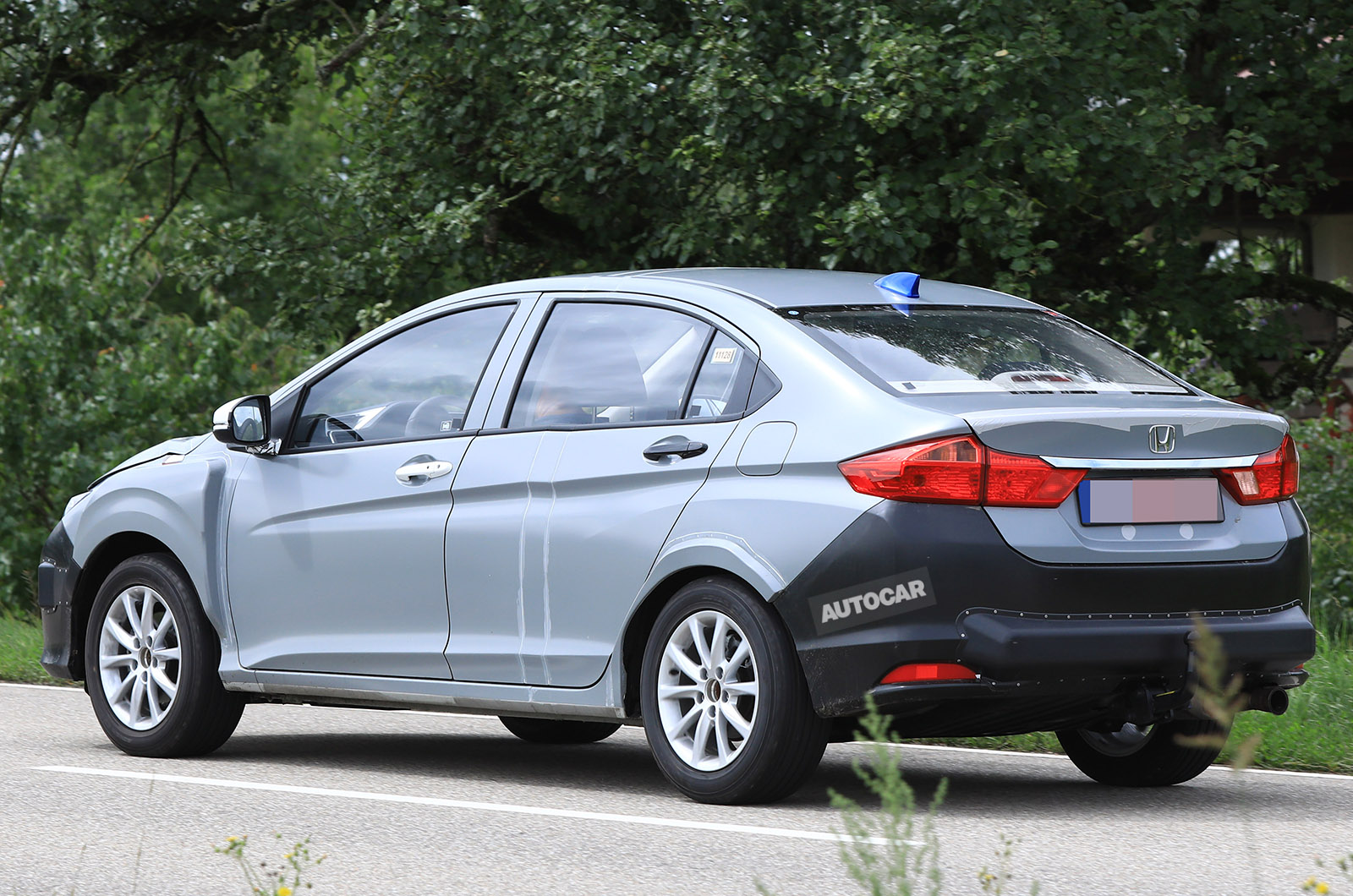 The car's powertrain will be related to the one used in the current Accord Hybrid that’s sold in the US. This is powered by a 2.0-litre four-cylinder engine with electronic assistance. It produces 209bhp while offering 56.5mpg combined.

Honda hasn't commented on the test car or even confirmed whether its future hybrid production model will be sold in Europe, but it has stated that 50% of all new cars due to be released in the next two years will feature some sort of electrification in their powertrains. This suggests the drivetrain being developed here will make it to Europe in some form. 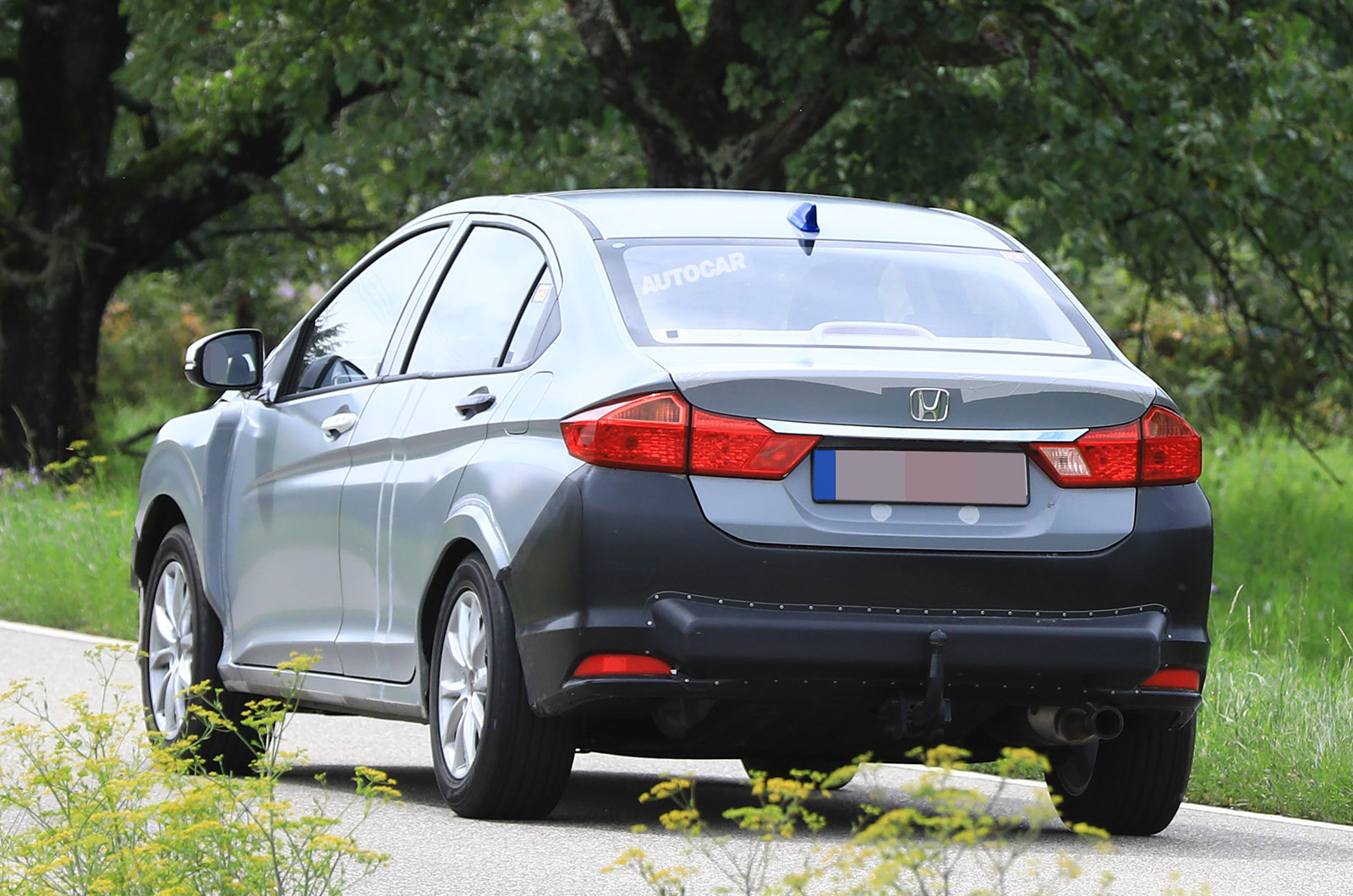 Takahiro Hachigo, Honda's president and CEO, said earlier this year: "In the long term, electrified vehicles are key to the future of carbon-free mobility."

Honda's push towards electrification is a result of its ambitions to halve its total CO2 emissions, including those produced during manufacturing, by 2050, and is spearheaded by its halo model, the Honda NSX.

Hybrid is the way...

Honda was one of the pioneers of the hybrid technology but then it dropped the ball. The only Honda hybrid I've driven is Insight in 2010-12 as a London based company car and it was not a patch on its fleet mate Toyota Prius.
LP in Brighton 10 August 2017

So how does this differ from current the IMA system?

Why develop another hybrid system when the company has spent 20 years developing and evolving its Integrated Motor Assist system? It can only mean that the company is developing a full hybrid system to complement or replace the current IMA mild hybrids. Maybe buyers have got so used to Toyota's Hybrid Synergy drive with its associated CVT epicyclic drivetrain and Atkinson cycle engine that Honda is planning something similar to compete head on with its Japanese rival?

I still don't understand why honda stopped bringing ima powered cars to Europe, I have driven an insight and crz and found them both to be excellent.

I still don't understand why honda stopped bringing ima powered cars to Europe, I have driven an insight and crz and found them both to be excellent.

I agree, having driven both the original Insight and the CRZ a lot, the power trains were excellent,  even if the rest of the cars had big areas to be improved.

Long way before that Honda Motor Inc fleet will be replaced with E-Vehicles.