BACK TO ALL NEWS
Currently reading: 2024 Dacia Duster to go hybrid but remain affordable
UP NEXT
First drive: 2022 BMW XM prototype

“Its role in the company is to provide a very good price-to- feature ratio,” he said. “It has to address these customers who are looking for a simple car which can go off-road.”

Ferry emphasised that the Duster’s off-road ability will be a priority for the current model’s successor. The outgoing 4x4 version of the Dacia Duster is one of the cheapest four-wheel-drive SUVs on sale, with Ferry referring to it as “the best non-specialist off-roader”. Dacia will therefore “keep the recipe and update it following customer demand”.

Earlier this year, Dacia CEO Denis Le Vot said the value brand would “leverage to the full” the Renault-Nissan-Mistubishi Alliance’s CMF-B architecture, as already used by the Duster’s smaller Dacia Sandero sibling, as part of a move to bring all of Dacia’s and sibling brand Lada’s models onto one platform.

This paves the way for the next-generation Duster to adopt the same plug-in hybrid powertrain as the similar-size Renault Captur crossover, as well as an all-electric version sitting atop the new Renault 5’s CMF-BEV platform, which is geared towards affordable EVs in the A- and B-segments.

The CMF-BEV architecture is closely related to the conventional CMF-B structure, which makes it feasible for cars based on each to be produced at the same location and even on the same line. Crucially, the overall dimensions – including wheelbase and overhangs – are broadly similar, minimising the potential for costly bodywork and chassis modifications to adapt the Duster for full electrification.

Renault has confirmed the retro-styled 5 concept will take its chunky 16in alloy wheels into production, suggesting capacity for the CMF-BEV platform to accommodate the large-diameter off-road wheels and tyres that are a crucial factor in the Duster retaining its workhorse-style appeal in its new generation.

The CMF-BEV platform is, however, front-driven and not for now compatible with twin-motor, four-wheel-drive powertrains, unlike the larger CMF-EV structure, which will house a second motor at the rear in Alpine’s forthcoming electric crossover.

Ferry highlighted the European launch of Dacia’s new Spring Electric – one of the region’s cheapest mainstream EVs, at the equivalent of £10,500 – as a sign that the company intends to maintain affordability as it switches to electrification. 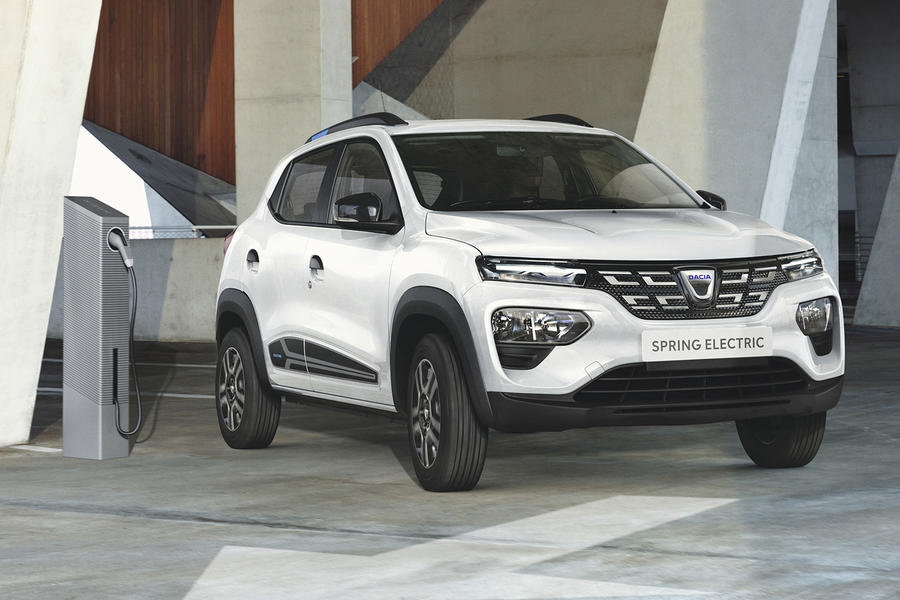 “Even if [EVs] have been too expensive, you can see that the Spring is quite low for an electric vehicle,” he said.

The Spring hasn’t yet been confirmed for a UK launch, but Dacia has hinted that it’s monitoring demand for the short-range, urban-orientated electric crossover here, much as rival marque Citroën is with its smaller but similarly conceived Ami two-seater.

The brand will also expand its product offering at the upper end with the introduction of its largest model yet, the ruggedly styled C-segment Dacia Bigster SUV, which is set to launch by 2025 as a rival both to the Nissan Qashqai and the Volkswagen Tiguan. It too will use the CMF-B platform in its combustion-engined and hybrid forms, with potential for an electric variant using the EV-powertrain-capable version of those underpinnings.