BACK TO ALL NEWS
Currently reading: 2018 Mercedes-AMG S 63 Coupé facelift spotted
UP NEXT
How new CEO Linda Jackson will redefine Peugeot

A facelifted version of the Mercedes-AMG S 63 Coupé has been spotted testing in Germany. The test mule offers a glimpse of the styling tweaks we can expect when the refreshed Bentley Continental GT rival arrives in two years.

The most prominent styling revisions include an all-new main grille and a restyled front bumper, with a different lower grille that now features three vertical slats and smaller side intakes on the bumper.

This test mule’s grille is completely disguised, but our sources think it will feature a new design that incorporates Mercedes’ familiar vertical chrome bar and large badge. 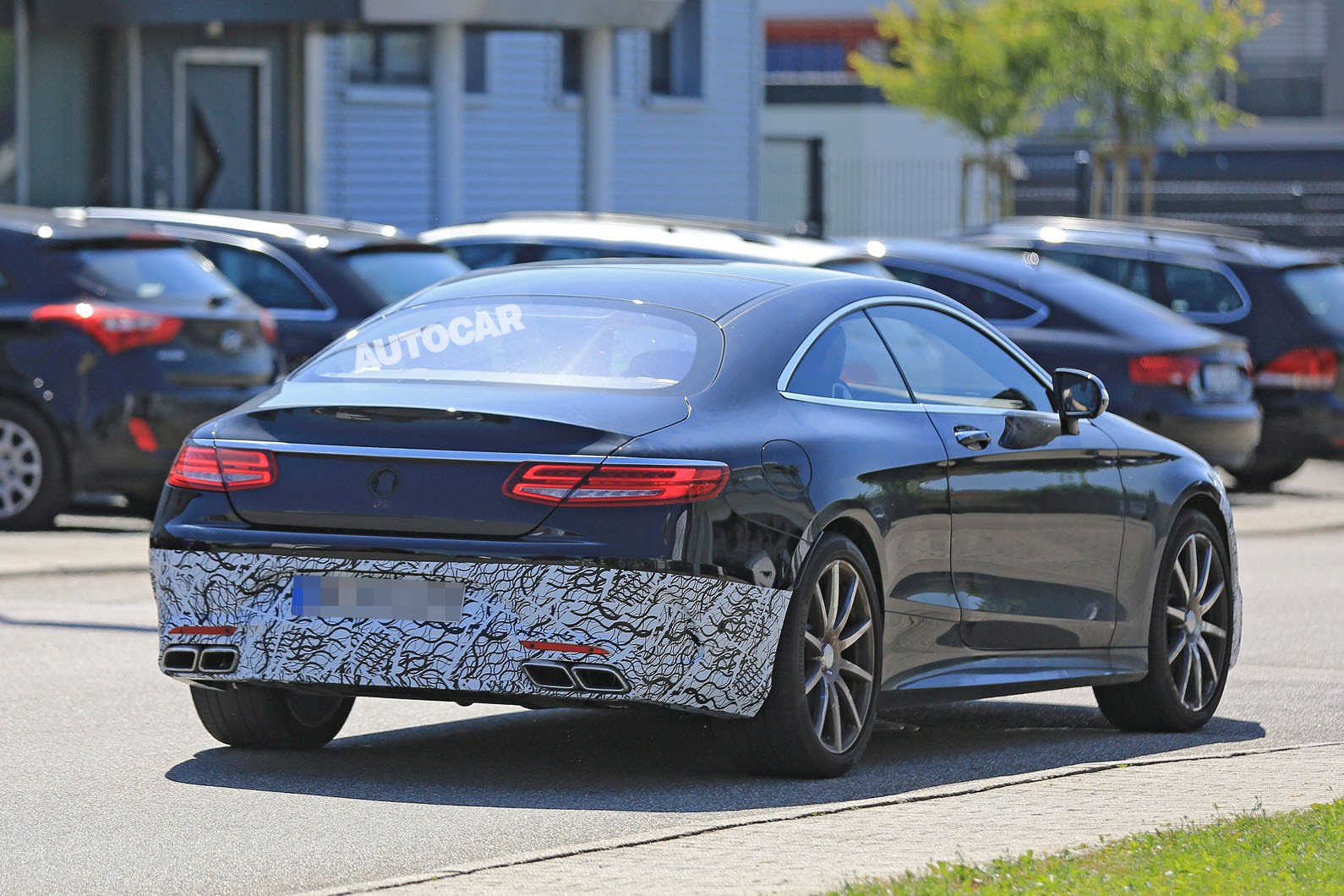 Styling changes at the front are echoed at the rear, where a new bumper does away with the current car’s side intakes and the rear diffuser surround appears to have a smoother design.

Insiders predict a small increase in power for the facelifted model. Currently, the car’s twin-turbocharged V8 engine produces 576bhp and 663lb ft of torque. That's sufficient to take the super-coupé from standstill to 62mph in 4.2sec and onto a limited top speed of 155mph.

Bentley is expected to launch an all-new Continental GT in 2018. That car looks set to gain the option of a 600bhp W12 engine, which suggests that Mercedes’ facelifted S 63 will have to raise its output towards this figure to stay competitive.

At least the S coupe is a

At least the S coupe is a pillarless design. The C coupe doesnt even manage that and has a thick B pillar which impedes entry to the rear.
bowsersheepdog 10 July 2016

Compared to the saloon this is badly designed. Where have the side windows gone? The view out must be very limited, especially in the back. I don't see the point of paying more for a version with fewer doors, less space, worse looks and poorer visibility.
ralphsmall 9 July 2016

Stop worrying about dieselgate when you see monsters like this .
View all comments (5)