BACK TO ALL NEWS
Currently reading: 2017 Seat Leon Cupra 300 - 296bhp and new all-wheel-drive estate
UP NEXT
Fisker goes radical with Pear EV SUV

The Seat Leon Cupra 300 will have 296bhp and 280lb ft at its disposal thanks to engine upgrades included in a 2017 model year update.

The more potent hot hatch’s output matches that of the Volkswagen Golf R, with which it shares its 2.0-litre turbocharged engine. Both cars produce their maximum torque figure between 1800rpm and 5500rpm.

No performance data has yet been released, but expect the 296bhp Cupra to shave a tenth or two from the current 286bhp version’s 5.8sec 0-62mph sprint time.

Alongside the uprated Cupra hatch is a new four-wheel-drive ST estate. The 4Drive-equipped model comes exclusively with a DSG dual-clutch automatic gearbox and is targeting the markets of northern Europe, where all-wheel-drive estates sell particularly well. It will also be offered elsewhere in Europe, including Britain. 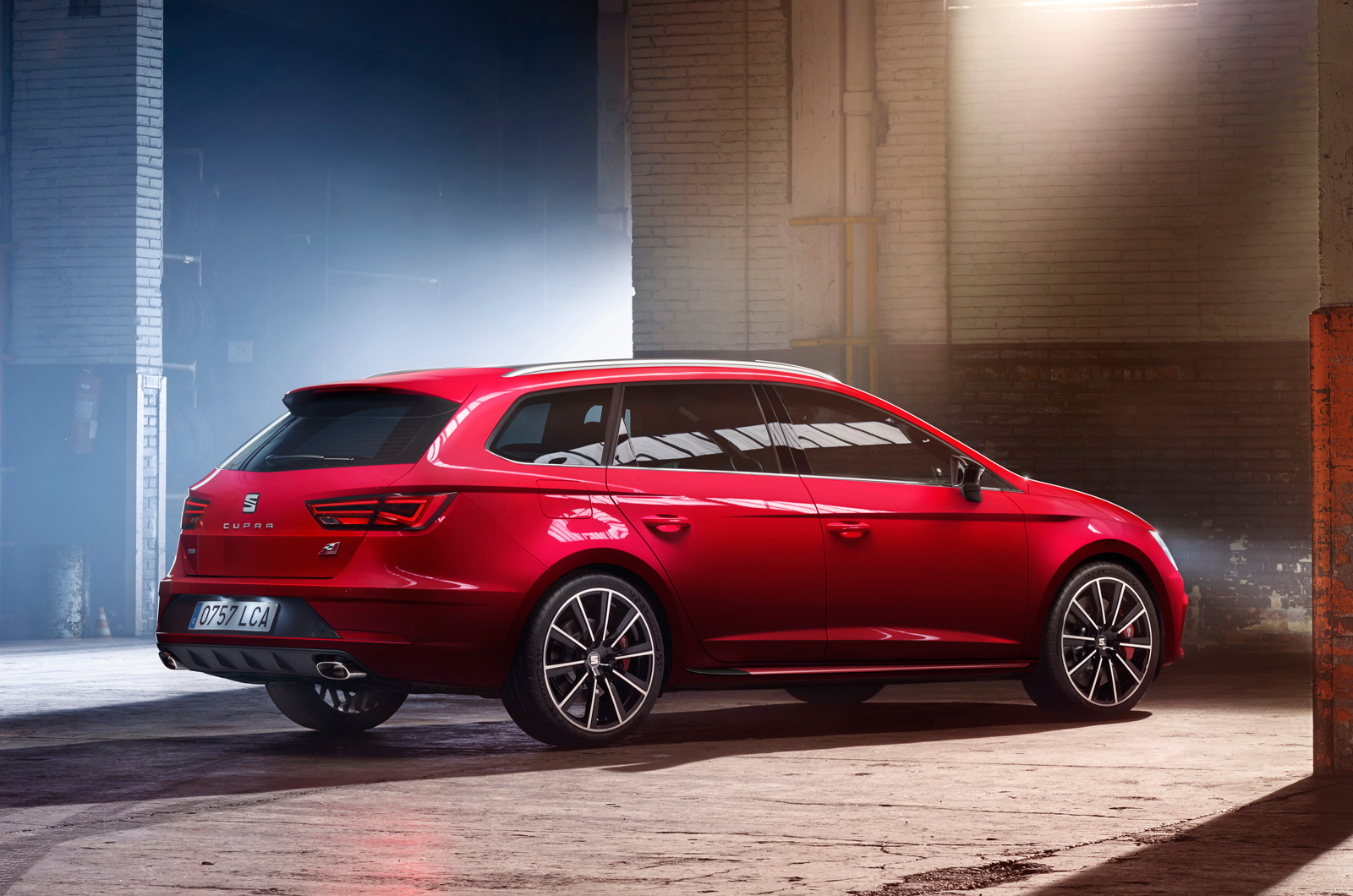 At this stage there are no plans to offer the three and five-door hatchback models with four-wheel drive. This is despite the fact that the Leon Cupra shares many parts with the Golf R, which is only available as an all-wheel-drive model.

Alongside the technical changes, the refreshed Cupra gets more driver assistance systems as standard, with the tally now including Traffic Jam Assist, Lane Assist, Adaptive Cruise Control and Pedestrian Protection.

The car’s Media System Plus infotainment system, displayed via an 8in touchscreen screen, is now joined by smartphone wireless charging and a phone signal-boosting GSM antenna.

UK sales will commence in March. Pricing will be revealed closer to this time, but a slight increase on the current Leon Cupra 290's £28,680 starting price is expected.

How depressing and stolen car keys

Today's traffic is making high performance cars nearly unusable,My lovely 140i is 98% used a a quick, smooth GT, where my past cars seemed to be used to there full potential.The odd thing as commented, is that power has jumped through the roof ?
On the stolen key issue, as someone who came home to find the home wrecked because some "thing" wanted the keys to my 135i, leave the keys on the table and claim on your insurance, because its just a car, and not worth all the heartache.
xansamaff 5 December 2016

Maybe its just me but what a depressing time we live in. Homegenisation has now reached the latest breed of hot hatchbacks.. The S3, Golf R, Seat all effectively the same car, no doubt Skoda will be next. The other thing I dont get, maybe its my age, is the ridiculous amount of power these cars have nowadays. Surely its impossible to enjoy a car like these without breaking the law. 0-60 around 5 seconds top speeds of 150mph + Im sure it matters to some when sat at the lights but i remember when fun came with about 120 BHP (admittedly with a much lighter vehicle) but you could enjoy a quick squirt about without being 3 seconds away from points or a ban.. Maybe someone could enlighten me. I run an old Celica on track days and never see any of these sort of car. as i said in opening, maybe its just me..
Deputy 5 December 2016

We choose to use lower case letters because Seat is said as a word, not an acronym like BMW etc.

Hope this clears it up.