BACK TO ALL NEWS
Currently reading: 2017 Mercedes-Benz S-Class to front new engine line-up
UP NEXT
Analysis: Why the decline in diesel sales has slowed in 2022

Mercedes is set to introduce a new range of in-line six-cylinder engines, starting with the new S-Class; on sale in October
Open gallery
Close

The revised Mercedes-Benz S-class introduces a new range of in-line six-cylinder engines – the first for the German car maker since it adopted V6 units back in 1997.

The new in-line engines, which are set to find their way into other models, share their architecture with Mercedes’ existing range of four-cylinder engines and are planned to be introduced in diesel form first when UK sales of the updated S-class get underway later this year.

The heavily related petrol unit, which comes combined with a new 48-volt electric system that allows it to run both an electric booster compressor an integrated starter generator as part of a mild hybrid drivetrain strategy aimed at netting greater performance and reduced fuel consumption, is then set to follow in 2018, according to Mercedes. 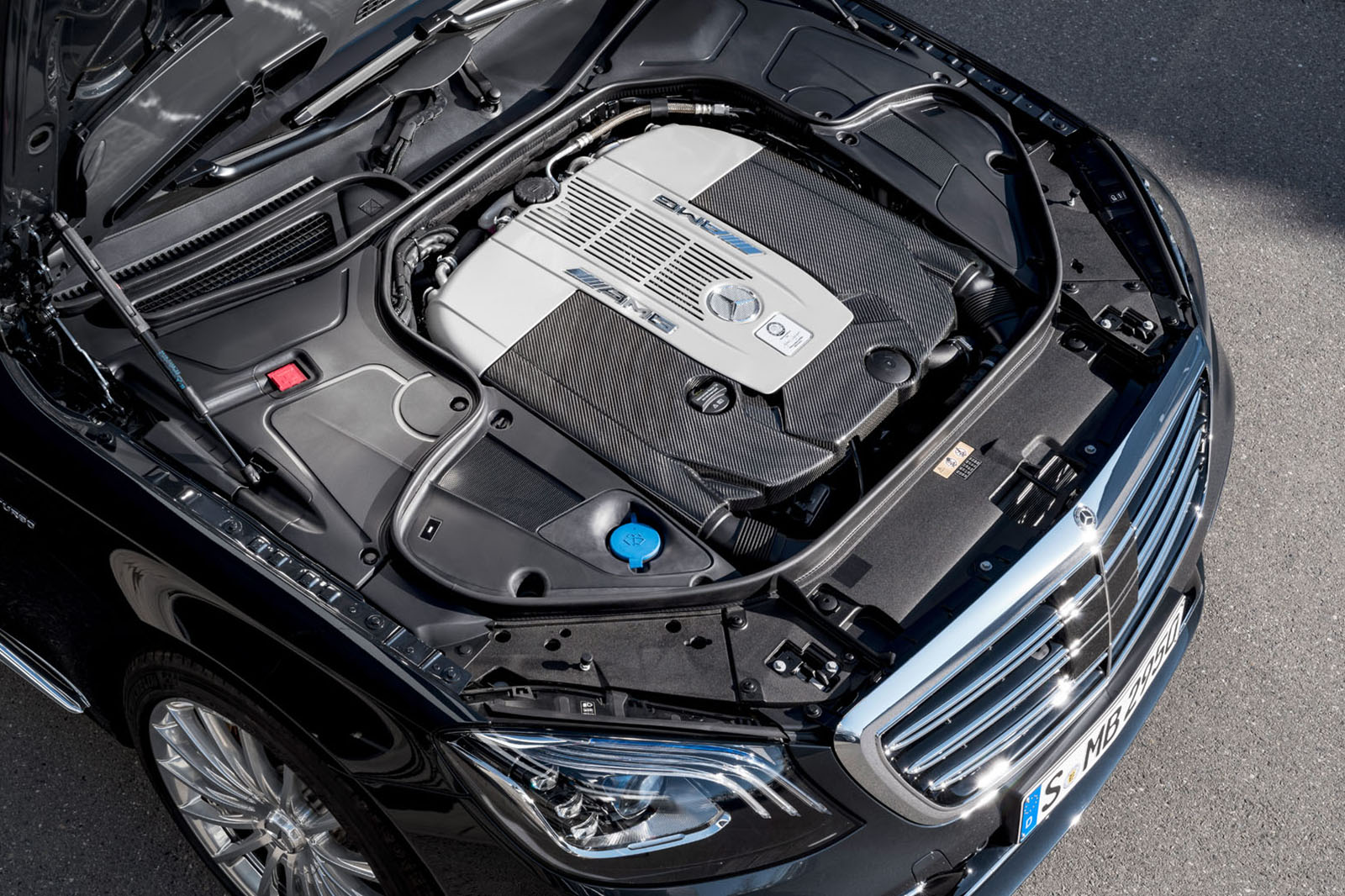 The line-up – yet to be confirmed for the UK - includes the S350d and S400d which both use the turbocharged 3.0-litre in-line six-cylinder diesel engine in two states of tune, and develop 207bhp and 336bhp respectively.

Also included in the launch line-up for the facelifted S-class is the S560 – a model which resurrects one of the most revered model designations ever used by Mercedes-Benz. It will use the twin-turbocharged 4.0-litre V8 petrol used in the existing S500.

There will also be a S560e, which will replace the current S500e, which runs the turbocharged 3.0-litre in-line six-cylinder petrol engine with an electric booster compressor and an electric motor in combination with a 48 volt electric system. 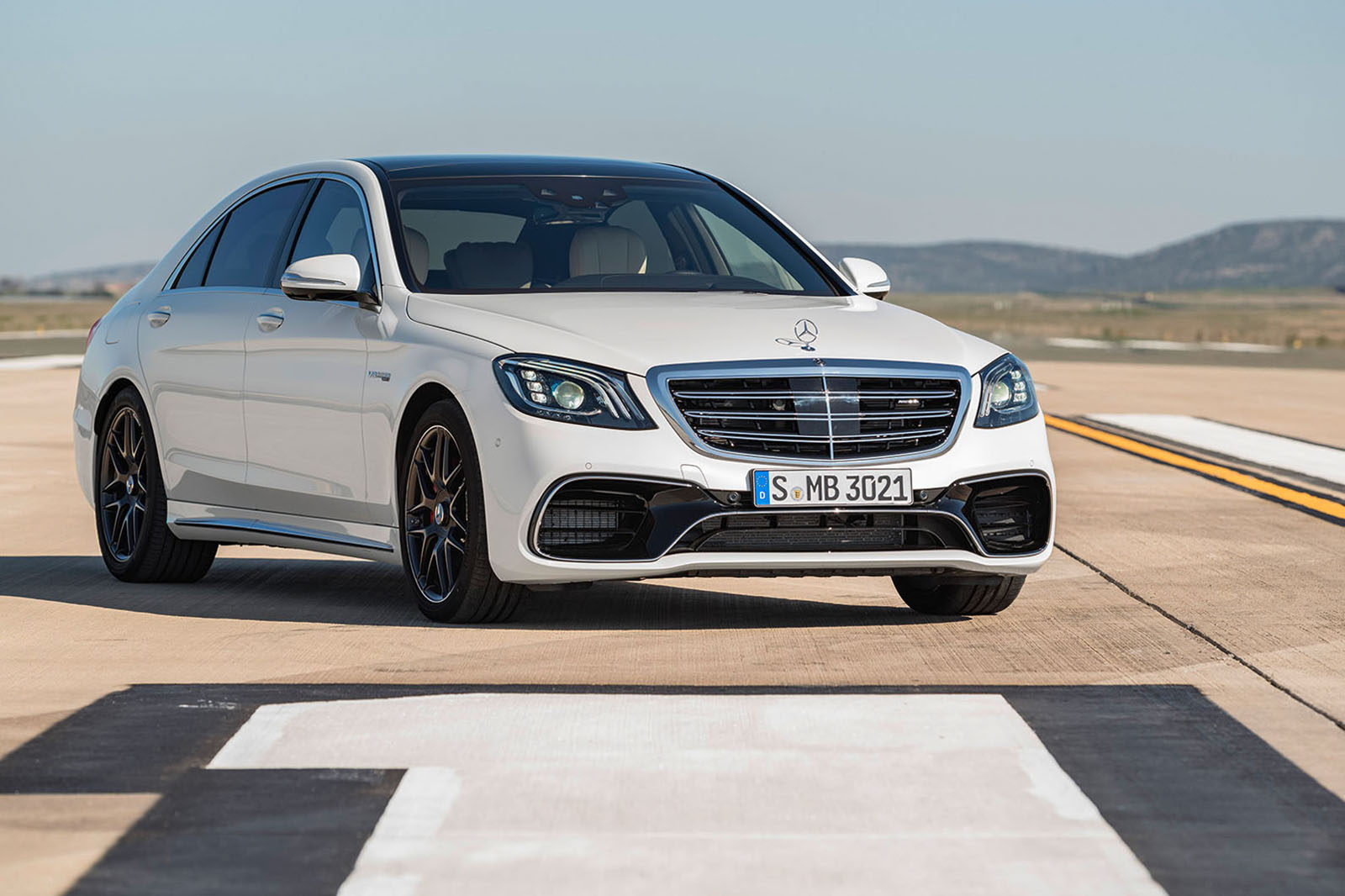 Further up the line-up, the updated S63 eschews the twin-turbocharged 5.5-litre V8 petrol engine of its predecessor for the most powerful iteration of AMG’s twin-turbocharged 4.0-litre V8 powerplant. Power has increased by 26bhp to 612bhp, with torque remaining the same as previously at 663lb ft.

The performance saloon is set to hit 62mph from standstill in just 3.5sec, beating its predecessor by 0.5sec.

Further models will be introduced in 2018, including replacements for the S300h, S400as well as the upmarket V12-powered S600 and S650 Maybach models. 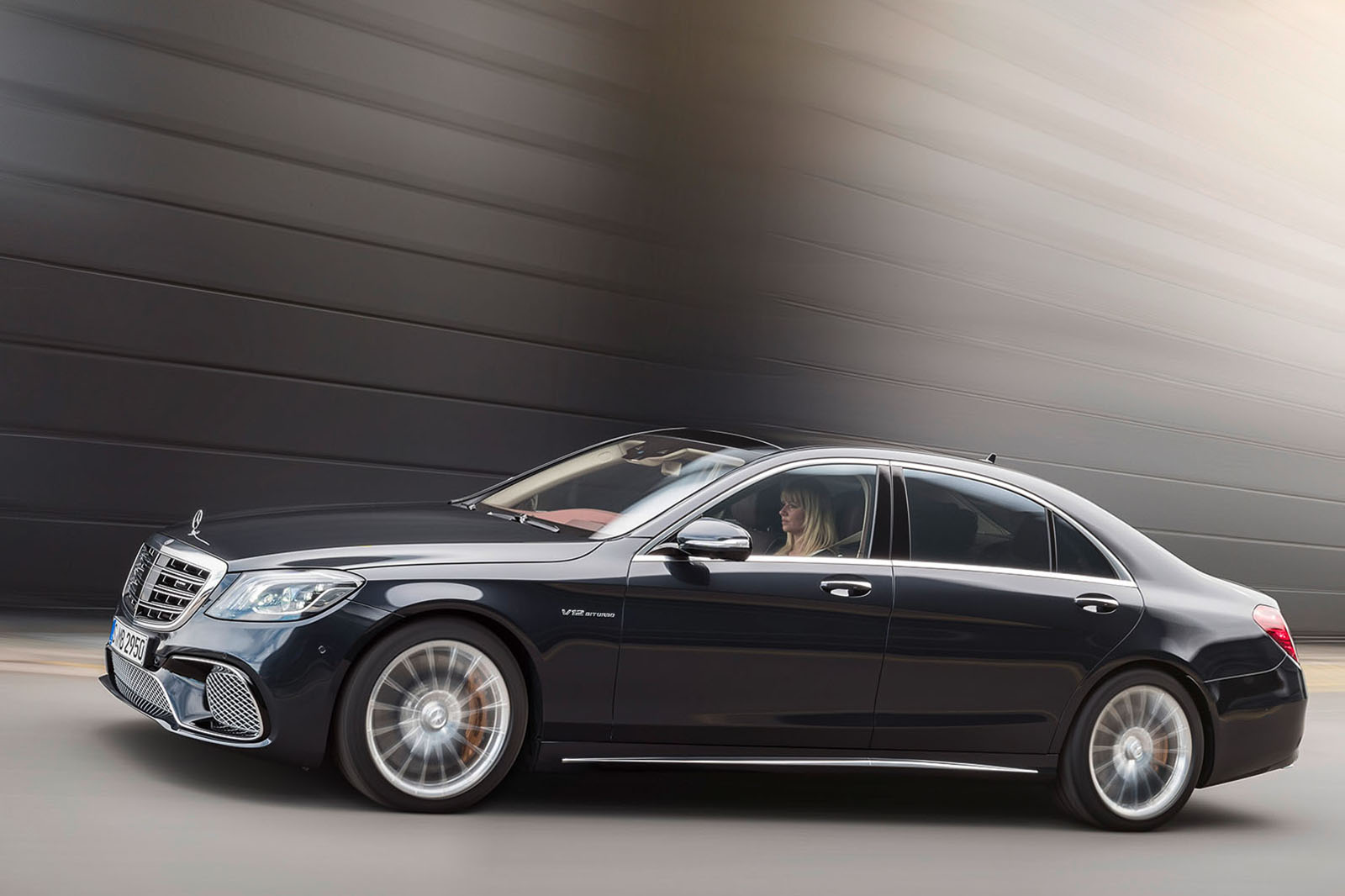 Inside, there are revised digital instrument and infotainment monitors offering the choice between classic, sporty and progressive themes, new touch sensitive controls for the infotainment system as well as revised cruise control system controls within a redesigned steering wheel, a wireless smart phone charging option and new LED lighting offering up to 64 different interior colour themes. 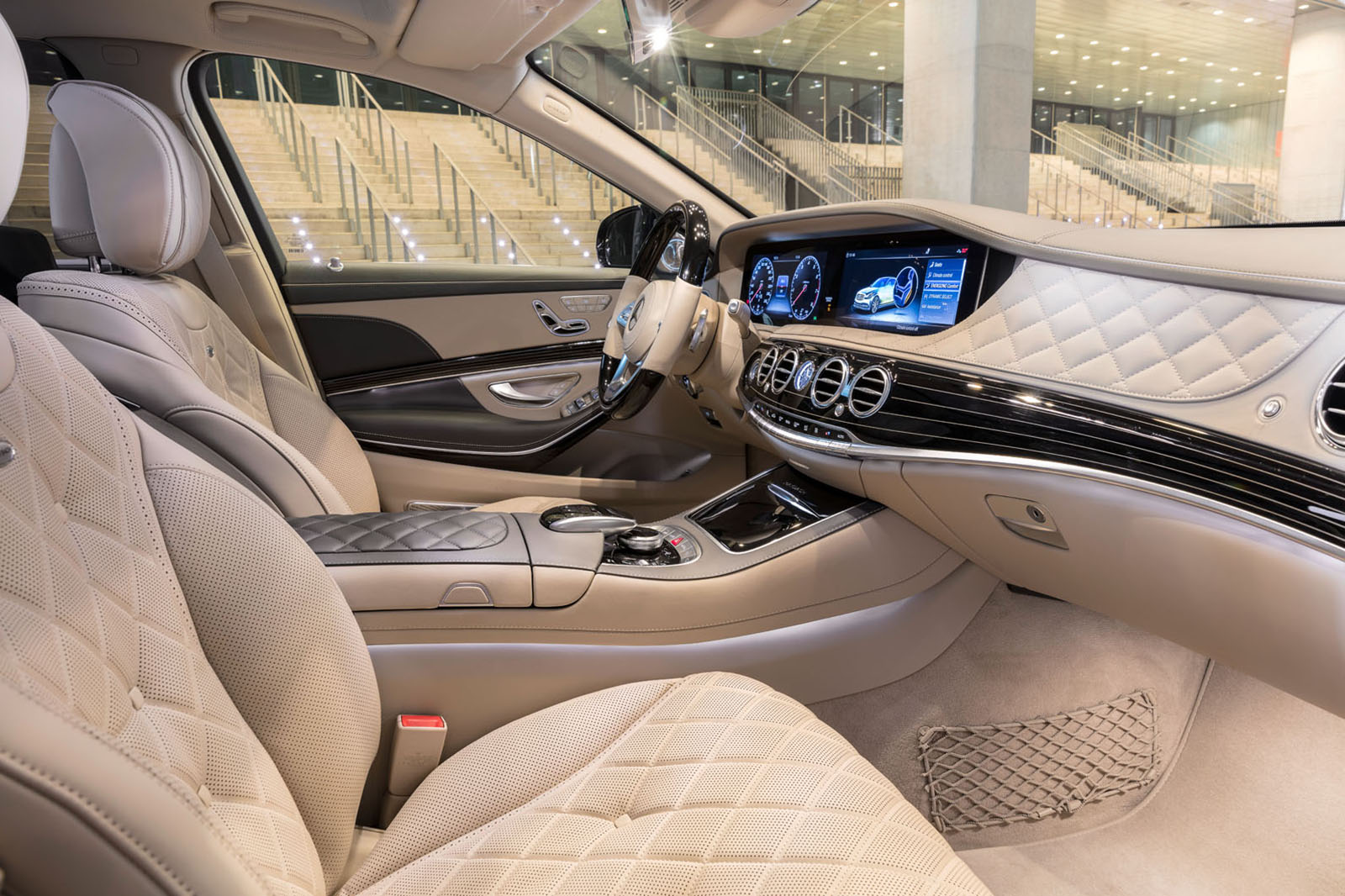 Among a wide range of driver aids, the upmarket saloon can also be optioned the most advanced autonomous driving technology offered by Mercedes-Benz, the so-called Distronic Active Proximity Control and Active Steer Assist system. It automatically accelerates and brakes the new S-class saloon within posted speed limits, while providing autonomous steering for periods of up to 30sec.

Further advances for the S-class saloon include an upgraded version Mercedes-Benz’s Magic Body Control system featuring the Curve function that tilts the body by nearly 3.0 degrees in corners – as already offered by the S-class Coupe.  The LED headlamps have also been revised with a new optional ultra-range function that is claimed to offer main beam light intensity performance of over 1 lux for a distance of up to 650 metres.

On sale in October, Mercedes UK is likely to ditch the entry-level SE trim as 80% of current sales are AMG Line. Prices will increase slightly over the entry-level AMG Line model, the 350d, which starts from £71,585.

This facelift has done nothing to raise the S Class in to the ranks of desirability and class, instead remaining terminally dull looking, but what is has done is make it look even uglier with that hideous new front end. And that interior, talk about looking OTT and fussy but not looking classy or expensive either. Mercedes had a real opportunity to bring the interior styling and desirability to a level to match the XJ, Flying Spur and Ghost.
scrap 18 April 2017

The styling is more than a

The styling is more than a touch overblown inside and out.
manicm 18 April 2017

That front-end is truly

That front-end is truly hideous - probably reflects the oligarch/thug who'll buy one.
View all comments (7)