BACK TO ALL NEWS
Currently reading: 2017 Karma Revero revealed as Porsche Panamera 4 E-Hybrid rival
UP NEXT
Renault Scenic returns as radical EV with hydrogen range extender

Hybrid-electric model has a 50:50 weight distribution and a pure EV range of 50 miles – 19 more than the Panamera
Open gallery
Close

The four-door plug-in hybrid is essentially a successor to the Karma of defunct company Fisker but improves on that car’s performance in almost all areas.

Using the same 260bhp turbocharged 2.0-litre four-cylinder engine and twin electric motor setup with upgraded parts, some of which have been supplied by BMW, the new model is capable of running in full electric mode for up to 50 miles, an increase of 20 miles and 19 more than the new Porsche Panamera 4 E-Hybrid can manage. 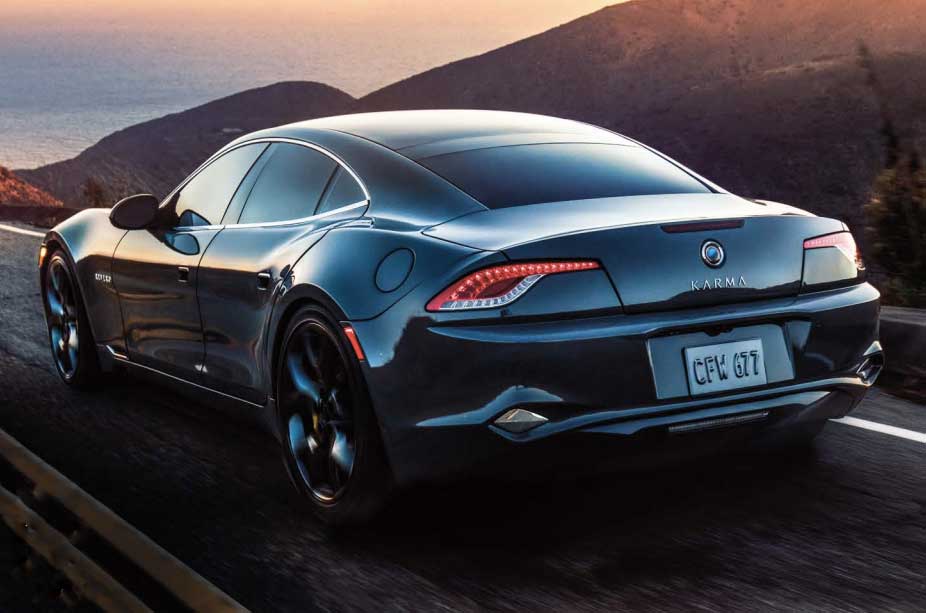 This growth comes thanks to a bigger battery capacity for the car’s hybrid motor of 21.4 kWh, up from 20.4 kWh, and the car’s onboard charger has also been upgraded from 3.3 kW to 6.6kW.

The changes help the car accelerate from 0-60mph in a claimed 5.4sec in its fastest mode, slashing half a second off the old Karma’s sprint time.

No fuel efficiency figures have been released, but Karma says it expects to retain the old car’s claimed economy of around 50mpg combined.

Fitting a solar roof is claimed by the car maker to generate up to 1.5 miles of electric range per day. In an earlier interview with Autocar, Karma’s chief revenue officer, Jim Taylor, confirmed the system was able to power the car’s high voltage battery, which in turn powers the electric motors. 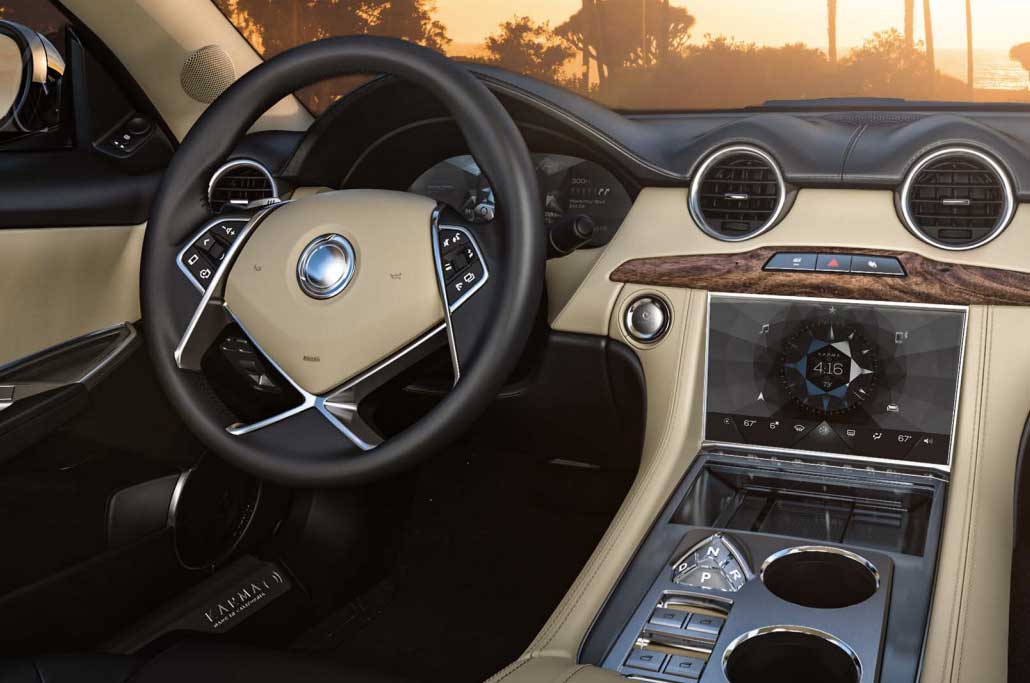 The new solar panels are twice as powerful as the old car’s and are the first that can actually energise the powertrain of a production car. You can read more about the panels here.

The new car features an advanced infotainment system that’s housed within a high definition touchscreen. It handles all of the car’s entertainment and setting menus, and comes with 4G connectivity and over-the-air update compatibility.

Cars will be built at the firm’s California factory, with production limited to around 1000 units in the first year. The model is due for arrival in Britain in 2018. Pricing will be confirmed closer to then.

Rivals will include full EVs like the Tesla Model S, as well as Porsche’s hybrid Panamera and, when it arrives, the production version of the Mission E.

Any more Fisker affiliates like to make a complement?
TommyH 9 September 2016

BMW Z8, DB9, V8 Vantage, Fisker Karma, VLF Destino, VLF Force 1, VLF Rocket... Mr. Fisker what we need is a Fisker EV. Bring us your new design and a longer range, and you have my money. Also it needs to be RHD...
Thomas McDonald 9 September 2016

When Mr. Tata acquired JLR, they kept the DNA of JLR. That is smart, because he is a smart businessman. When Wanxiang bought the assets of Fisker, instead of making a deal with Fisker and leaving the original DNA of the brand and design intact, they put a Chinese stamp all over it. They make the beautiful solar roof boring, they launch the same 7 year old powertrain, and deceive the world they created this beautiful vehicle. That's no smart at all...
View all comments (7)