BACK TO ALL NEWS
Currently reading: 2016 Mercedes-Benz GLS revealed - full pictures, pricing and details
UP NEXT
New Gordon Murray T33 is practical supercar with 607bhp V12

Revised GL-Class gets a new name, and new interior and exterior upgrades ahead of going on sale in the UK early next year
Open gallery
Close

The new Mercedes-Benz GLS - the facelifted version of the GL-Class SUV - has been revealed ahead of going on sale next March.

With the GLS, Mercedes has completed the renaming of its SUV line-up. The GLS name aims to provide the car with some of the upmarket cachet already associated with the S-Class saloon.

Along with the new name, the GLS receives a series of subtle exterior styling upgrades, a more luxurious interior with additional connectivity options, more efficient engines, a new nine-speed automatic gearbox and upgrades to its air suspension.

The mild stylistic revisions continue to the interior where the GLS adopts an upgraded dashboard featuring a free-standing infotainment monitor in combination with a touchpad controller between the front seats, altered instrument graphics and a new three-spoke, multi-function steering wheel. The GLS comes with seven seats as standard.

The car's upgrades are part of efforts to provide the big SUV with greater levels of luxury in a bid to see it more closely challenge the likes of the Range Rover and upcoming Bentley Bentayga. 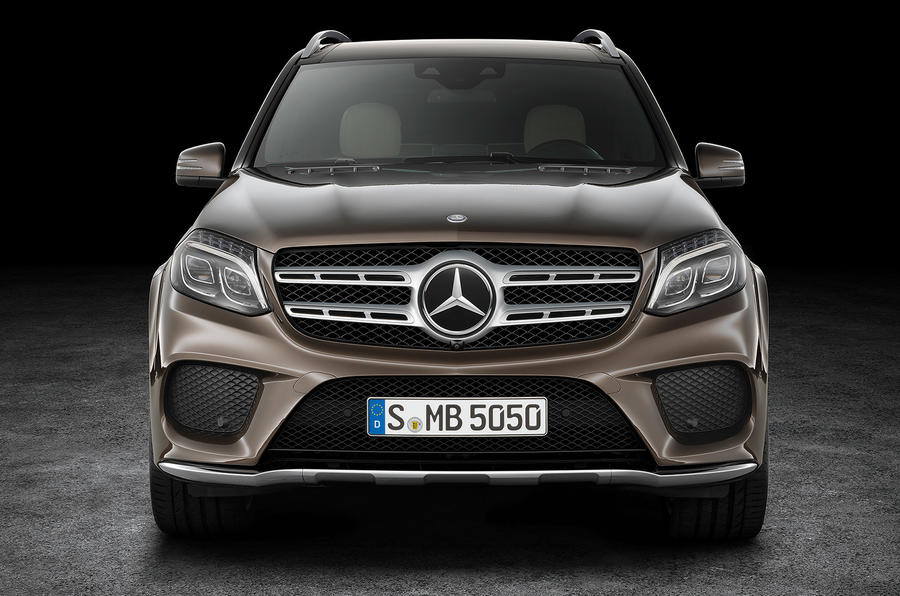 The standard engine line-up includes both carry-over and upgraded petrol and diesel units. Each provides improved fuel economy and reduced CO2 emissions due to the adoption of a new nine-speed automatic gearbox in place of the older seven-speed unit used by the outgoing GL.

As before, there is a single diesel in the form of a turbocharged 3.0-litre V6. It continues to produce 187bhp in the GLS350d 4Matic, although there won't be any official economy and emissions claims until closer to its launch in the UK in early 2016.

The top engine is an AMG-produced, twin-turbocharged 5.5-litre V8 in the GLS63 4Matic. It delivers 577bhp - 27bhp more than its predecessor - and 560lb ft, as it did before. Unlike the standard engines, it continues to be mated to an updated version of AMG’s seven-speed, Speedshift automatic gearbox. 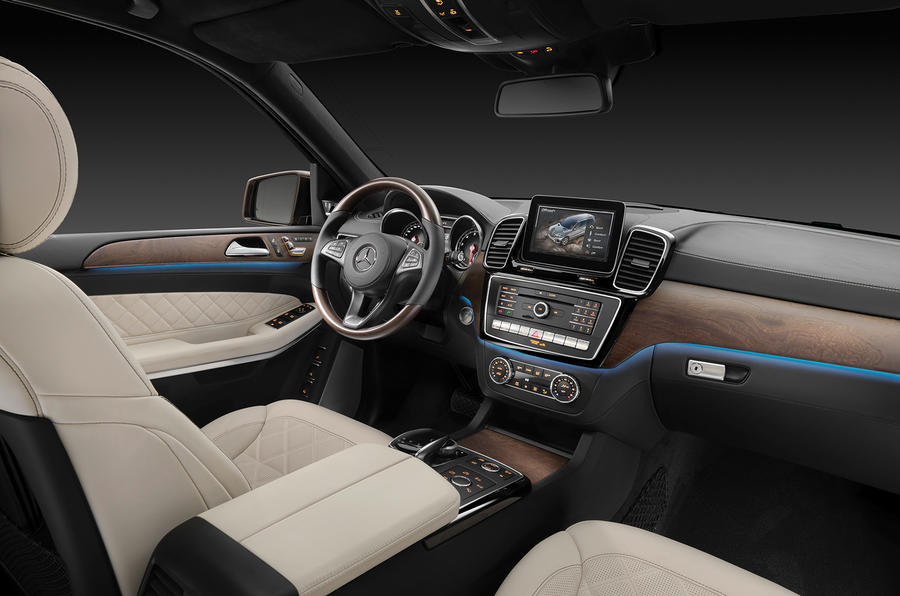 A petrol-electric plug-in hybrid model is also a possibility but hasn't been confirmed for production.

Buyers can specify the GLS with an upgraded Dynamic Select system that offers up to six driving programs including Comfort, Slippery, Sport, Individual, Off-road and, in models equipped with the off-road package, Off-road Plus. This last mode activates the low-range gearing and centre differential, as well raising the ride height to provide 306mm of ground clearance, along with a fording depth of 600mm.

Further changes are centred on the GLS’s standard Airmatic air suspension. It receives updated three-chamber dampers that are claimed to provide improved self-levelling properties for a more comfortable ride.

As with the older GL, buyers can also specify a so-called Active Curve System. This uses hydraulically operated anti-roll bars to reduce body roll during cornering and improve straight-line stability.

I'm sure the GL/GLS is getting uglier with every facelift. At least it's not alone in the Mercedes-Benz line-up in that regard.
Cheltenhamshire 4 November 2015

Reported elsewhere on the

....yes, I spotted that inaccuracy too!
In a vehicle of this size and weight, it wouldn't be exactly dynamic.
Come on Autocar, this was such an obvious error.... the old 270 CDI 5 cylinder had virtually this sort of power in the first gen ML.
289 4 November 2015

I would love one...if

....it would fit in my drive.
Sadly it wont, it is too long!
I have to say I really hate this craze of BMW and Mercedes-Benz in reducing engine size but keeping existing numbering system.
A GLS 500 is no longer a '500' if it has a 4.7 litre engine....a GLS 6.3 AMG just isn't when it has a 5.5 litre engine turbocharged or not et. etc.
Bordering on mis-representation I would say.
At least Audi model numbers do what they say on the tin.
Lanehogger 4 November 2015

I do get why BMW and Mercedes

I do get why BMW and Mercedes have their current engine badging system as the current numbers are more or less what the equivalent standard tune larger capacity N/A engines would be. I'm sure they could label their cars to reflect the exact engine capacity, with a "T" added to identify their induction, but seemingly they prefer to rely on an equivalent N/A engine naming convention. Take a 340i for example, no reason why it couldn't be labelled something like 330ti, or a 328i being a 320ti or in Merc's case a S500 could easily be a S470 turbo. perhaps more cache with a bigger engine designation.