BACK TO ALL NEWS
Currently reading: ‘New car smell’ is fading away as regulators clean up cabins
UP NEXT
Spending 48 hours touring in a Ferrari Roma

‘New car smell’ is fading away as regulators clean up cabins

The ‘new car smell’ is on its way out, as regulatory bodies turn their attention to airborne chemicals emitted by plastics, glues, textiles and other materials that make up car interiors, pressuring manufacturers to adopt purer, odourless alternatives.

Eight substances that commonly diffuse from car interiors, particularly in the early stages of cars’ lives, have been identified as having an adverse effect on occupants. Dubbed volatile organic compounds (VOCs), they are: acetaldehyde, acrolein, benzene, ethylbenzene, formaldehyde, styrene, toluene and xylene.

Their scents can induce allergy-like reactions in some people, such as eye irritation, sneezing, dizziness, shortness of breath, fatigue, nausea and headaches, and their strength varies with the car’s exposure to heat and light.

“It doesn’t just evaporate and then disappear,” said Nick Molden, CEO of testing company Emissions Analytics. “It will evaporate into the cabin and then, in the evening, when it cools down, it will be reabsorbed by the surfaces.

“And it will re-evaporate again the next day, so when you mix it all up in a sort of VOC soup, then expose it to sunlight, you basically have a biosphere of VOCs, which can last quite a long time.” 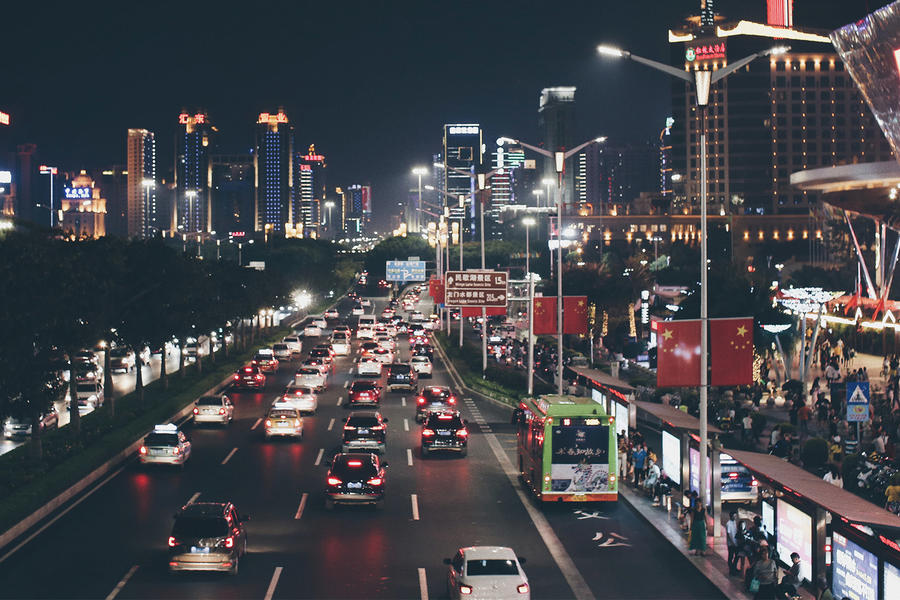 Symptoms are reported most frequently in Asia. A 2005 survey of 800 new car buyers by South Korea’s Ministry of Land, Infrastructure and Transport found that 51.5% experienced at least one sensation of what it termed ‘sick car syndrome’, leading the country to establish local standards for VOCs in 2007. Similar initiatives exist in Japan and Russia.

Interior smell is consistently cited as one of the biggest complaints, if not the biggest, among new car buyers in Chinese JD Power owner satisfaction surveys, and China introduced its voluntary GB/T 27630-2011 “guideline for air quality assessment of passenger cars” in 2012, which covers testing methods and maximum interior emissions.

This is due to become mandatory for M1-class vehicles (passenger models with up to eight seats) in July 2021, forcing manufacturers to replace existing materials with inodorous equivalents if they are to continue operating in the world’s largest new car market.

The United Nations Economic Commission for Europe (UNECE) has been monitoring the issue since November 2014 and updated its guidance on car interior air quality standards and testing in June. Although not yet adopted by any country, this offers a framework for governments keen to introduce regulation and, if widely implemented, would create consistency across international markets.

Known as Mutual Resolution Three, it “will encourage the reduced use of materials, and chemicals that can be harmful to humans… and the increased use of emission-friendly materials, improving the air quality in the passenger cabin”.

According to Molden, people should notice nothing more than “a less smelly car”, although there may be some quiet price rises as firms pass on the cost of new materials.

“They will require all of their suppliers to test swatches of carpet, bits of leather etc and be able to evidence that they meet these regulations,” he said. “Then they have to type-approve to make sure that it still meets the limits when you stick it all together.”

More crap, instead of

More crap, instead of whittering about this sort of thing that has caused no harm to anyone, why dont they try and stop wars, famine, slavery, murder and so on, these are far more important things, they will soon remove the smell from a strawberry ice cream because one person in Timbuktoo decided it caused their leg to fall off and sue every ice cream maker into bankruptcy - time we stopped being so pathetic and just get on with the reality of life, and not whitter about stupid things.

Would not have thought new car smell is a problem

I laughed at this from the point that I was informed some dealers use a special new car smell for their used cars. I don't suppose it is funny if it has efects on your health ,perhaps it is the hotter climes.

I laughed at this from the point that I was informed some dealers use a special new car smell for their used cars. I don't suppose it is funny if it has efects on your health ,perhaps it is the hotter climes.

Depends what the scent is made from I guess.

Breathing in VOCs isn't clever and has proven medical side effects, yet people willingly aerosol their own homes with them and even buy plug in devices to pump them out automatically.

Cancer rates climb ever higher. One day we might ban these toxic chemicals.