BACK TO ALL NEWS
Currently reading: Thundertruck EV concept takes aim at 4x4 designs
UP NEXT
Rodin FZero: V10 weapon aims to be world's fastest car

Watch out Cybertruck, you've got some new competition
Close

An American design agency has revealed the bold and unconventional Thundertruck concept, which imagines what the future of full electric off-road vehicles could look like.

Design house Wolfgang LA spent lockdown working on the concept of a truck for the future that is “more versatile, powerful, adaptable and efficient” than any truck that exists today. The unconventional machine is the boldest reinvention of a US-style pick-up since the Tesla Cybertruck, but is intended to showcase off-road ability and features a number of novel concepts. 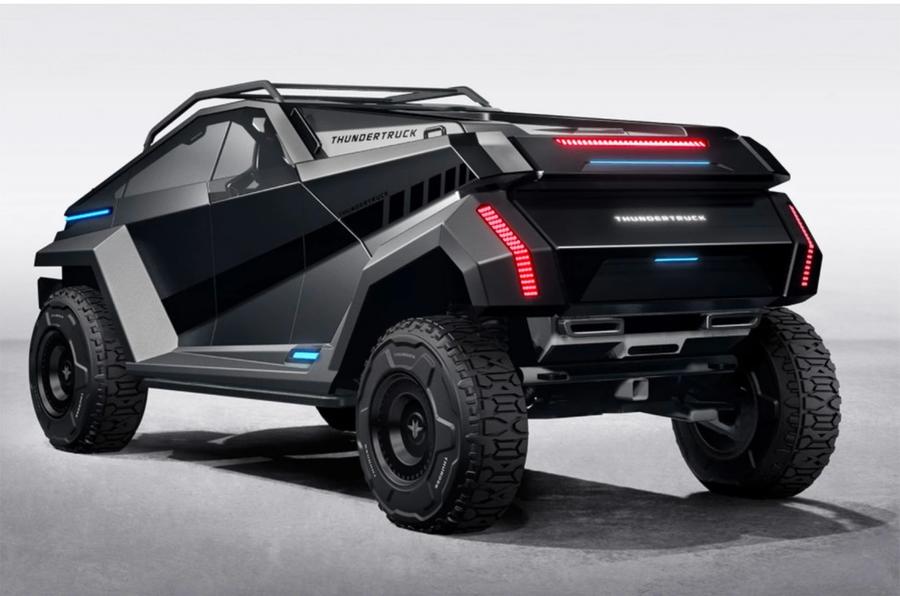 Describing the trucks that are slated to reach production soon as “uninspired” and “conventional”, the Thundertruck 4x4 concept’s makers have envisaged their creation as having 789bhp, 800lb ft of torque and a 180 kWh battery to deliver a 400-mile range. They say that should be enough for even this 2.8 tonne beast to go from 0-60mph in 3.5secs.

Read more about the future of electric transport on Move Electric

Its angular styling owes much to its intended use, with ground clearance of 37cm, a 42 degree approach angle, 82 degree departure angle.

What’s more, you needn't worry about getting stranded if you run out of electricity, either, thanks to the concept’s solar awnings, which open up wing-like to expose the full surface area to capture the sun’s power, as well as giving adventure-exhausted occupants some shelter from the weather. 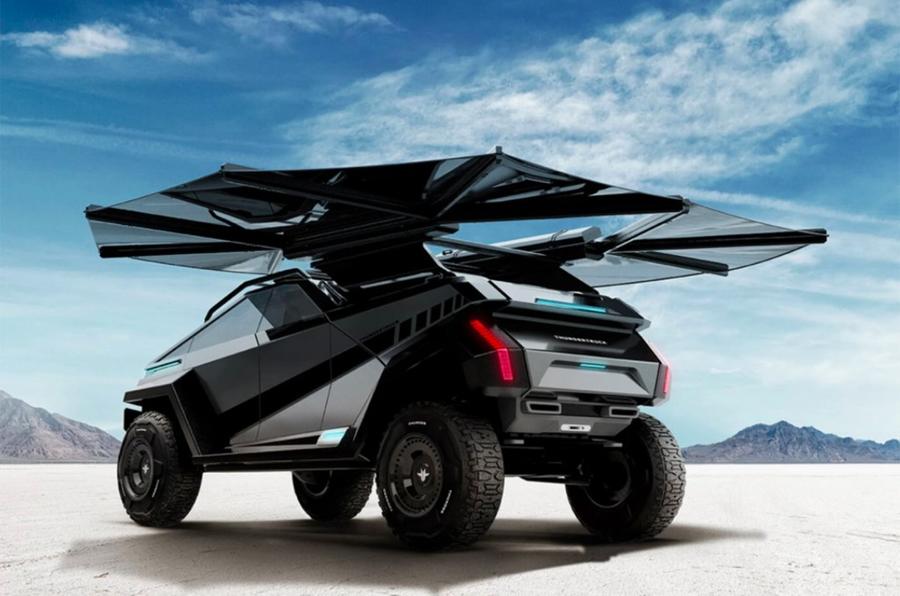 However, all of these figures pale into insignificance compared to the 6x6 version that Wolfgang LA’s team has also dreamed up. Here, power is raised to 927bhp and torque to 1200 lb ft - although no 0-60mph time has been simulated.

Thundertruck is purely a concept at present, although its creators remain optimistic that the project could reach production, saying: “By maximising the versatility of the EV drivetrain and combining it with the functionality of a truck, we’ve designed an innovative and versatile new multi-purpose EV that delivers superior on and off-road performance.”

Are e-scooters legal in the UK?

When you say concept you mean CAD image knocked up one lunchtime.

Exactly! It's just a few renders, yet they say "...it's more versatile, powerful, adaptable, and efficient than any truck that exists today." Lol. They should at least produce and show a full-size physical concept before they start making those types of claims...