BACK TO ALL NEWS
Currently reading: Racing lines: how Superprix led motorsport out of lockdown
UP NEXT
New BMW XM is M-only, 740bhp hybrid SUV

Racing lines: how Superprix led motorsport out of lockdown

As spectators begin heading back to the track post-pandemic, we attended one of the first racing events to see how circuits are staying safe
Open gallery
Close
Share story

James Hunt in his Hesketh 308 Formula 1 car had no answer to a rumbling Formula 5000 chassis at Brands Hatch earlier this month, but Denny Hulme was untouchable – as usual – in his McLaren M8F Can-Am monster.

The start of an Autocar race report dug out from the 1970s archive? Not at all. Both F1 champions have been dead for nearly 30 years, but these are the fantasies that still play out, courtesy of Britain’s rich historic racing scene as great racing cars of the past roll again in anger.

Inevitably, it’s grassroots club racing that has gingerly led motorsport’s way into the post-lockdown thaw, with the Historic Sports Car Club (HSCC) among the first to run a race meeting this year that allowed spectators, on the same weekend that F1’s Styrian Grand Prix played out behind closed doors in Austria. The Legends of Brands Hatch Superprix is always one of the historic racing highlights and this year still attracted plentiful grids as racers embraced the chance for indulgence after months of inertia.

On the Saturday Autocar attended, a smattering rather than anything resembling a true crowd assembled to watch, but modest numbers probably suited Brands owner Motorsport Vision as it trialled strict safety measures “to ensure our venues are Covid-secure”.

The British Touring Car Championship, which in normal times draws crowds of nearly 30,000, will be a far greater challenge when it starts in August. As I write, it’s not even known whether spectators will be allowed.

I’ll admit to some trepidation as I drove up to the gates for the Superprix. We’ve been conditioned these past months, quite rightly, to fear anything that usually passes for normal life, and for those who have a conscience, it can still feel uncomfortable to mingle, even within social distancing guidelines. But Brands genuinely felt safe at the Superprix – certainly a great deal more than the last sporting event I attended: an England rugby match, sitting shoulder to shoulder with 81,522 others at Twickenham about a fortnight before the lockdown was announced… 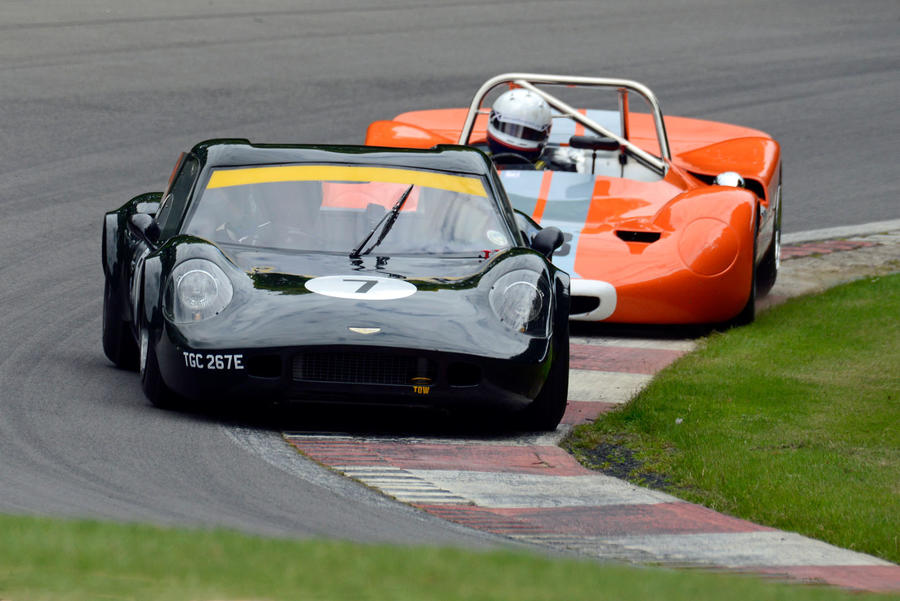 ECHOES OF THE PAST

The most obvious Covid-19 measure at Brands was a strict lockdown on pit and paddock access to all bar competitors and race officials, while races had rolling starts rather than the usual static grids to prevent a potential ‘mass gathering hotspot’. Marshals were limited to two per post, but the usual allocation of track and emergency vehicles ensured there was no obvious compromise on safety. And then when the races started, we were transported back to simpler and happier times.

Historic racing is particularly well suited to Brands, given how strongly past echoes linger there and how little the place has changed. For enthusiasts, the Kent circuit really is special. I’ve been lucky to travel the world reporting on motorsport but, when push comes to shove, there’s nowhere I’d rather be than Brands. An F1 venue since 1960, it held its first British Grand Prix in 1964, then continued to alternate as host with Silverstone until 1986, during decades when it was also the scene of countless, fondly remembered long-distance sports car world championship races.

The memories stretch far beyond the big international events, too, from the Formula Ford Festival and end-of-day Champion of Brands FF1600 thrashes to six decades of lairy, hairy saloon car action.

For me, a racing-mad lad growing up in the 1980s, Brands was a second home. 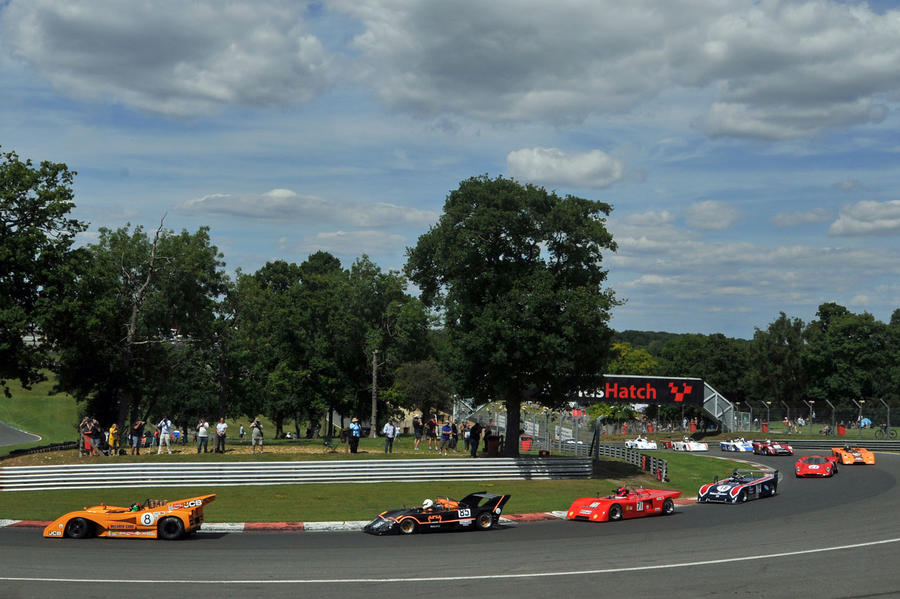 Forty years ago, Thundersports gave a new lease of life to ‘big-banger’ sports cars made obsolete by the Group C era and was a particular favourite for this impressionable boy.

The HSCC’s welcome series revival has pulled off the same trick, bringing together a diverse selection of beautifully prepared 1970s sports cars. But there was little surprise that even the fastest failed to beat Dean Forward’s 8.0-litre ‘big block’ Chevrolet-powered M8F, which rumbled through a misfire and a lost fourth gear to a Superprix win – although it was Jonathan Mitchell’s rapid Chevron B19 that took the honours on Sunday, after a fuel leak sent Forward backwards.

James Hagan’s ex-Hunt Hesketh was the lone F1 car that lined up for the Aurora single-seater series that taps into the spirit of the 1970s British F1 Championship, which originally carried the same exotic name, courtesy of title sponsor and cult model car maker Aurora AFX. But Hagan’s open-goal victory against a libre mix of Formula 2, Formula 3 and Formula Atlantic cars was undone by Michael Lyons, who took over his mother Judy’s 5.0-litre Gurney Eagle FA74 F5000 after crashing his own car in practice.

Lyons roared out from the pit lane, tore through the pack and gobbled up the 308 in a performance that carried echoes of Peter Gethin’s giant-killing Brands win at the 1973 Race of Champions, when his F5000 Chevron (also on the grid at this year’s Superprix) belied its makeweight status to beat a host of F1 stars, including Hunt, who finished third that day in a Hesketh-run Surtees. Everything comes around.

Another highlight was a host of pretty Chevron B6 and B8 GTs being pitted against a beautifully restored Lenham P69 sports car that was shared with gusto by Lyons and former BTCC ace Anthony Reid. A safety car period mixed up the order in the Guards Trophy, named in honour of the 1960s GT race sponsored by the now-defunct tobacco brand (how motor racing used to love its nicotine). Lyons and Andy Newall, driving solo in his B6, rose back to the front, but by then father-and-son duo Westie and Sam Mitchell were too far up the road in their rare left-hand-drive B8.

It was great motorsport, much like it used to be, and, for the few who took another step back towards normality, just the tonic.