The sculpture on the front lawn of Goodwood House is a focal point of the festival, and has celebrated a number of car manufacturers through the years – but this is the first time that it has honoured Aston Martin.

Gerry Judah has again design the Central Feature, as he has done since 1997. It represents a never-ending racetrack, and is adorned with a championship-winning DBR1. 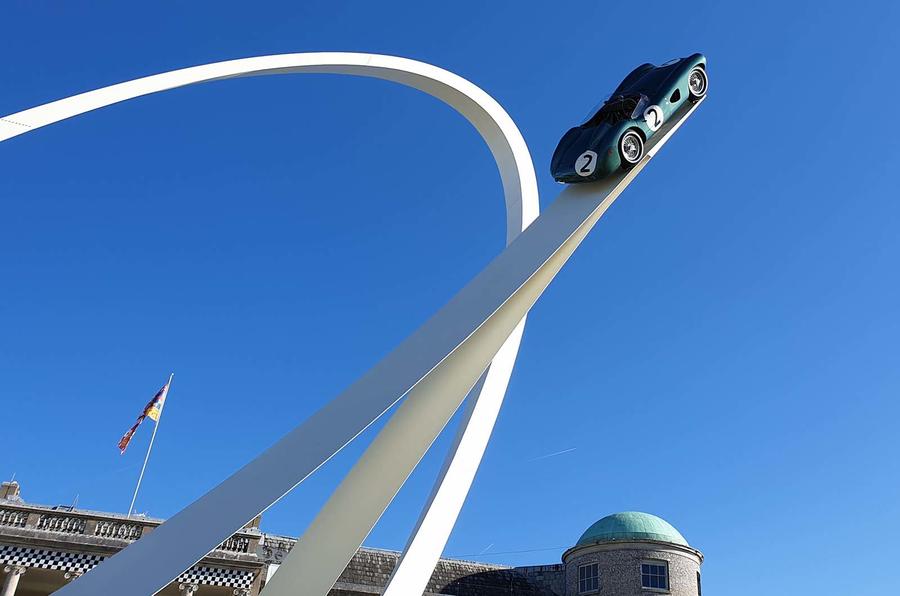 The British firm first raced at Goodwood in the Lavant Cup, during the 1949 Easter Meeting, with WG Bingley finishing in 10th place.

A decade later, the 1959 World Sportscar Championship title was decided in the RAC TT race at the track, with Stirling Moss in contention for the title. His bid faltered early on when the DBR1 he shared with Roy Salvadori was forced to retire from the lead when it caught fire during a pit stop. But the team put Moss into the DBR1 driven by Carroll Shelby and Jack Fairman, with the trio winning the race to secure Aston the title ahead of Ferrari and Porsche.