BACK TO ALL NEWS
Currently reading: WRC talking points: Rovanpera makes history in Estonia
UP NEXT
Ford backs call for European ban on new ICE cars from 2035

Toyota’s Kalle Rovanperä has made history by becoming the youngest-ever driver to win a World Rally Championship (WRC) event, aged 20 years and 290 days.

He broke the record established by his Toyota team boss, Jari-Matti Latvala, who was a Ford driver back when he won the 2008 Rally Sweden aged 22 years and 313 days.

As a result, Rovanperä was two years and 23 days younger than Latvala when he crossed the finish line at on Rally Estonia, having dominated the rapid event to win eight of the 24 stages, with a winning margin of nearly a minute over Hyundai’s Craig Breen.

The Irishman equalled his best-ever WRC result, while another Hyundai – driven by Thierry Neuville – came third.

Rovanperä's job was made a lot easier by the demise of home hero and 2020 winner Ott Tänak. The Hyundai driver set off at a blistering pace but on the third stage picked up a puncture, which cost him around 25sec and demoted him to seventh. Pushing hard to make up the deficit, he went off on the following stage, damaging the car too badly to continue Friday’s action.

He was back on Saturday and, in a galling taste of what might have been, set nine fastest stage times over the course of the event. But the damage had already been done in a season to forget for the Estonian, who admitted that his title bid is now all but over. 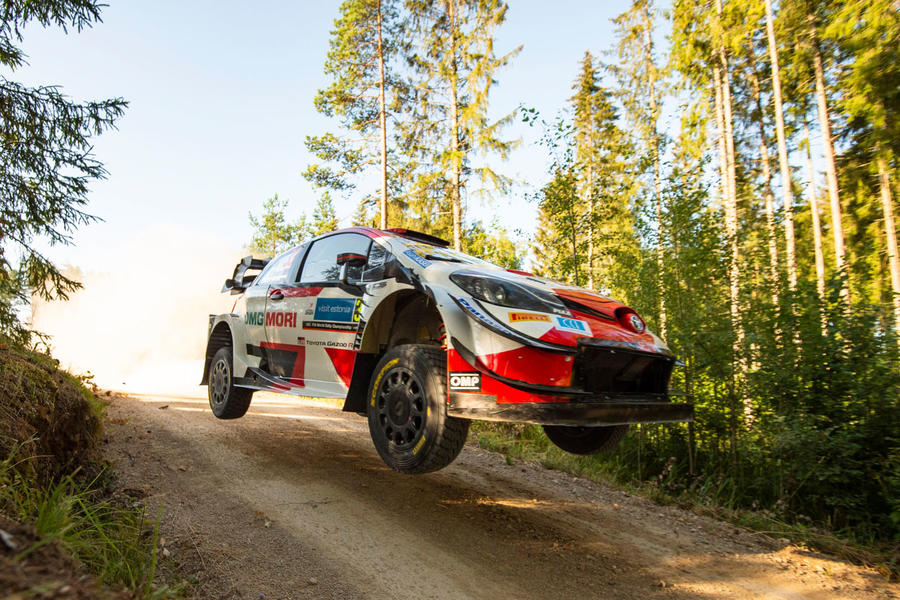 The rapid gravel stages of Estonia – like Finland, but with fewer jumps – proved to be a massive challenge, where confidence was everything. Toyota’s Elfyn Evans didn’t quite have the feeling he needed and could only manage fifth, ahead of the top M-Sport Ford Fiesta of Teemu Suninen.

Temperatures were incredibly hot in Estonia, at higher than 30deg C, which made looking after the tyres particularly important, as the soft compound was nominated as the main choice for the first time this year. As a result, tyre temperatures up to 140deg C were reported at the ends of stages.

The Junior WRC category, which uses identical Fiesta Rally4 cars, was won by Sami Pajari, who is often billed as the next up-and-coming star from Finland, set to follow in the footsteps of Rovanperä.