BACK TO ALL NEWS
Currently reading: Lawrence Stroll: “Success in F1 doesn’t come overnight”
UP NEXT
Ford Kuga drops diesel option due to falling sales

Aston Martin’s return to Formula 1 this year, for the first time since a brief and ill-starred cameo in 1960, hasn’t exactly been a raging success. Last season, as Racing Point, the team fought McLaren all year for best-of-the-rest honours behind Mercedes-AMG and Red Bull, losing that battle for third in the teams’ standings but at least winning a grand prix, thanks to Sergio Pérez in Bahrain.

Now regenerated in Aston Martin green, the team has four-time world champion Sebastian Vettel in place of Pérez, but it has slipped down the grid. It has placed the blame on a winter aerodynamic rules change that robbed its car (and that of Mercedes, with which it’s in close alliance) of vital downforce.

After the Hungarian Grand Prix, Aston Martin is only seventh in the teams’ standings, 115 points down on fourth-placed McLaren despite sharing the same Mercedes-Benz powertrain. Vettel is 12th in the drivers’ points, but he at least banked a surprise second at the Azerbaijan Grand Prix (and repeated the feat at the Hungaroring, only to be disqualified over a technical infringement), while young teammate Lance Stroll has a quartet of eighth-place finishes this year. After the hype, it has been underwhelming.

Lance’s father, Lawrence Stroll, the Canadian billionaire who led a consortium buyout of Aston Martin last year, is chairman of the firm, in control of both the F1 team and the road car division, which is going through its own regeneration.

The 62-year-old is a familiar figure at grands prix, as a racing dad as much as a high-profile team boss, but tends to avoid contact with the media, leaving CEO Otmar Szafnauer as the public face of Aston Martin in F1. But just before the team’s home race, he broke his own rule by welcoming a grilling from the F1 press corps.

His answers offered a snapshot of his hopes, frustrations and determined conviction that the grand old British brand can finally become a serious player at the pinnacle of motorsport. As he explained, he isn’t investing millions to keep on losing.

“Like my track record in pretty much every other business I own, the aim is to win,” said Stroll. “In this case, winning in Formula 1 obviously means winning world championships, and ultimately that’s what we’re striving for; that’s what I’m striving for. “We all know very well that success in Formula 1, or in any other business for that matter, doesn’t come overnight. It takes years to put the right people, the right tools and the right processes in place. But we’re building and investing in our team with the ambition of moving up the grid year by year, and our ultimate ambition is to win world championships.”

“We’re hiring brilliant new senior engineering and technical talent all the time, and the result will be a technical engineering depth in the company equal to, if not better than, any F1 team. We announce almost weekly the hiring of new senior technical and engineering talent.”

The Silverstone-based team appears to be making a habit of poaching staff from Red Bull. Designer Andrew Alessi is the latest to defect from Milton Keynes and new technical director Dan Fallows is also ex-Red Bull, while engineering director Luca Furbatto has joined from Alfa Romeo.

“We currently have approximately 500 employees. When I took over Force India [in 2018, renaming the team Racing Point], we had around 400. It’s not just quantity, it’s quality. In the near term, we plan to push that number to approximately 800.”

“To find a home for these 800 people, we’ve recently gone into the ground at Silverstone for our new factory that will be open in about 20 months. It will be over 200,000sq ft, built to purpose. In addition, in order to be able to fight consistently for world championships, we also need our own wind tunnel – another great expense, a cost of well over £150 million, and we’ve already started on the process.”

Earlier this year, Stroll said that Aston Martin didn’t need its own wind tunnel, in the face of restrictions on usage and its agreement to share Mercedes’ tunnel in nearby Brackley. Why the U-turn?

“Andy [Green, chief technical officer] changed his mind! He came back to me and said: ‘Look, I realise there’s upside potential on the times and availability we currently have using Mercedes’ tunnel. But if you really want to be world champion, it’s a tool we’re going to need.’ It cost a bit of money, that change of mind. I was happy with his first concept.”

The loss of form 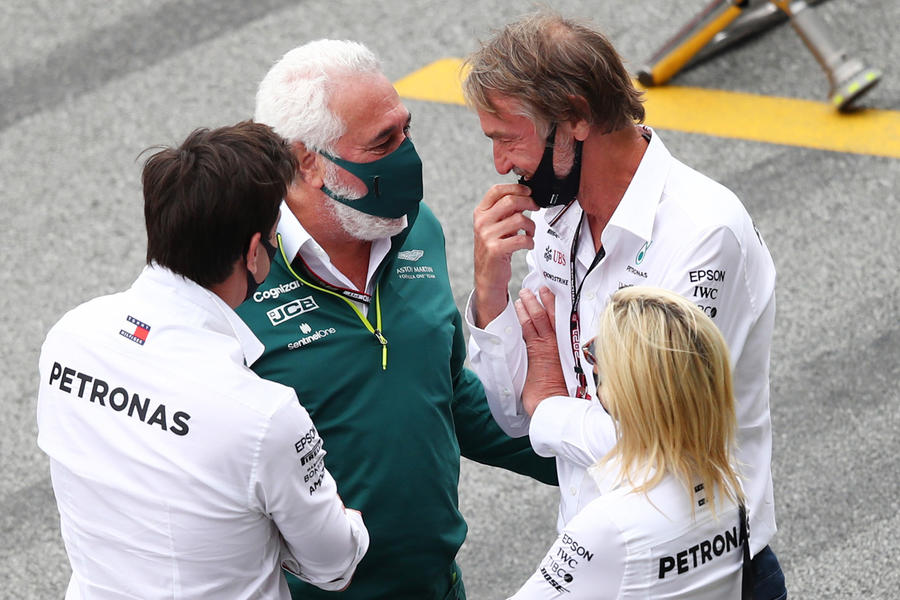 “This is a controversial year, with the cut in the [rear] floor of the aerodynamic regulations. The two low-rake cars, us and Mercedes, lost around a second a lap. So it’s no coincidence that Mercedes is fighting for a championship that last year and for many years before they easily won. The same happened to us. I don’t want to comment further on why the regulations were changed, but it severely penalised us and Mercedes. That’s the reason for the decrease in performance from this year to last.”

“There are obviously a lot of very strong personalities and smart people in F1. If you’re going to be a push-around, for want of a better word, I don’t think you’re going to succeed in this or any other sport. “I don’t know if I’ve been a disruptor. I’ve stood for what I believe to be correct. I’ve not made this significant investment not to be fighting for world championships. We’re going to do whatever it takes within the rules, obviously, and by being a gentleman. I don’t think we’ve done anything that any other team wouldn’t to try to build a fantastic organisation. And I speak out when I think something is wrong.”

In defence of his son 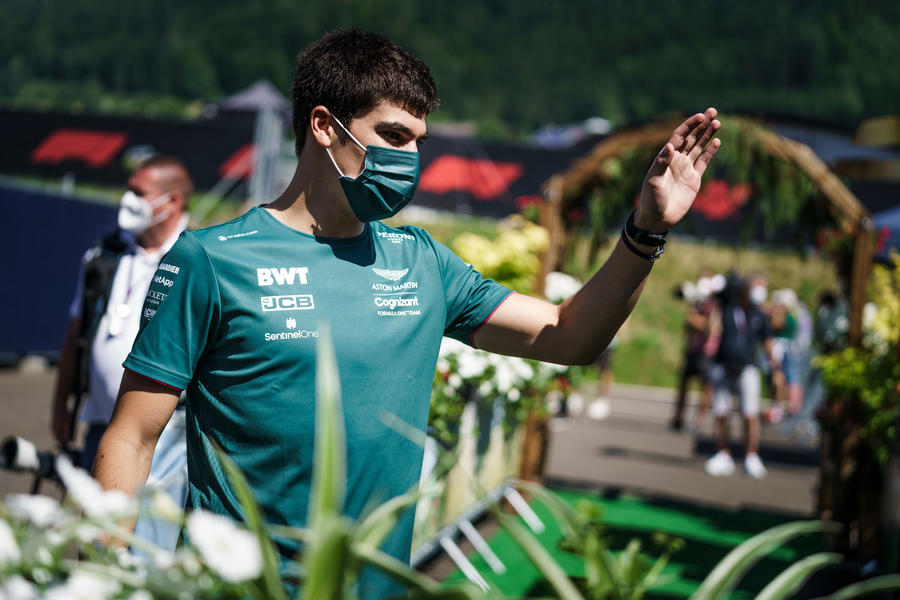 It’s no surprise that Lance Stroll is considered to be immovable at Aston Martin and occupying the safest seat on the grid. He has shown true talent in his four and a half F1 seasons, but could he hold the team back if he’s not good enough? Stroll senior is defiant.

“Lance has done an extraordinary job. He’s 22 years of age. The pole position [in the rain-affected Turkish GP last year], the podiums [three so far]: he’s competing this year with Sebastian, and they’re about even. I don’t have any concerns that he lacks performance. As he grows, he will get more experience and, like anyone his age, he will get stronger.”

Would Stroll welcome the Volkswagen Group if it decides to enter Formula 1, as is currently rumoured?

“I would welcome and embrace the entry of the Volkswagen Group. I just think it would show the strength of the sport. And the stronger the groups that are in the sport, the better it is for everyone involved: the fans, the team owners, F1 itself and the FIA. I know they’re quite engulfed in conversations about returning with one or two of their brands, and I’m very excited and supportive of them coming into the sport. I think it would be great.”

Opportunities in the US

“It’s enormous. For our road car company, the US is our second-largest market; we’ve had a tremendous following there for many years. And F1, where they see the largest opportunity for them is the US. That’s why next year we’re adding a race in Miami, that’s why we’re in conversation to do Las Vegas. The US is the largest consumer market in the world, particularly for premium products, and we [F1] have the smallest little presence. So the opportunity of growth for the sport, for teams, to attract sponsors and fans, the biggest opportunity by far is the US – because it has been such a void for so many years.”

The verdict on Vettel 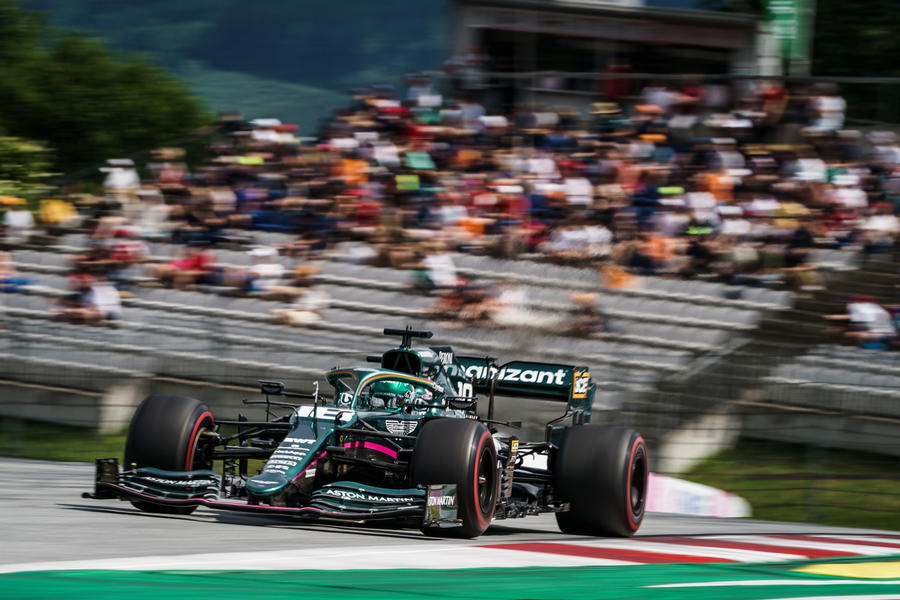 “Is he our most expensive employee? Yes. How do I rate his season so far? I think he started slow and is currently up to speed. The slow start had to do with the troubles we encountered in testing, when we only had three days of running, and for a day and a half out of those three, we had all kinds of glitches with the car. So we lacked running time.

“I think he’s doing a great job. We have a perfect driver line-up, a blend of championship-winning experience in Sebastian and the raw, young talent, as Lance keeps demonstrating.”

Timescale to be champions

“We’re not really compromising on anything. F1, like any other business, I don’t think you could realistically plan on winning before four or five years. We’re currently in a good place.”

All this money spent on an F1 team just to sell more Cars in the countries that can afford them?, I can't estimate how many millions It takes to run an F1 team and a car business, but I assume you'd have to sell a hellava lot of road cars, as far as Mr Stroll is concerned, he's a businessman,a very successful one at that, he comes over as an honest bloke, he has ambitions but doesn't Trump about it, as for being the Champ in four or five years, we'll, that depends, come next year, a whole different ball game.

error: among (see below)

Aston Martin will improve, but will never be world champions in the current atmosphere. Son Lance is not built to be world champion but bilionaires' sons holding 15% secure positions anong F1drivers show how non-egalitarian F1 motor racing is.