BACK TO ALL NEWS
Currently reading: Extreme E 2021 series preview: "A new volume of motorsport history"
UP NEXT
New 2023 Porsche 911 GT3 RS is "most track-focused" ever

A bold claim by Veloce team manager Ian Davies, but Extreme E is so radical that he might just be proved right. We look ahead to the season opener
Open gallery
Close

When the new FIA Extreme E (XE) World Championship gets under way near the historic city of Al-’Ula in Saudi Arabia this weekend, it won’t just be the first round of a new motorsport series but also the start of a whole new concept – one that’s provocative, challenging, groundbreaking and exciting in equal measure.

The brainchild of Formula E founder Alejandro Agag, XE is an off-road championship for identical 550bhp electric SUVs competing head-to-head on off-road courses marked out by gates. Each team features a male and a female racer who must swap at the midpoint of each race, and competitors can earn a boost by performing big jumps and winning online fan votes.

The races will take place without spectators (although that no longer seems novel) in five remote locations affected by climate change, with all the equipment and cars being transported on a ‘floating paddock’ cargo ship – which will also serve as a base for scientists conducting environmental research and enacting conservation projects. 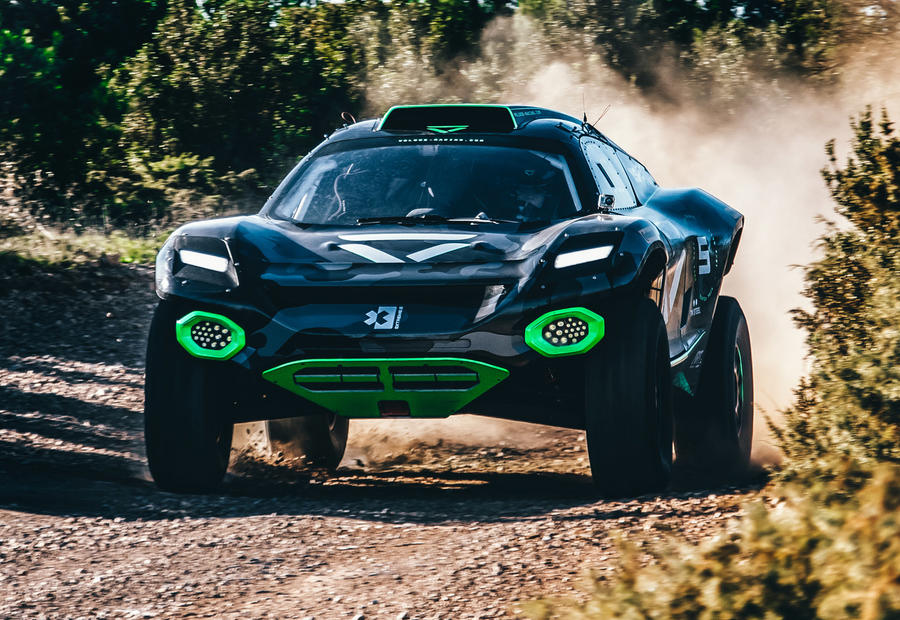 So far, XE has stoked interest, debate and, yes, some cynicism from those questioning the ‘green’ credentials of a motorsport series touring the world on a diesel ship and starting its season in oil-money-fuelled Saudi Arabia.

Leaving all that to one side, XE still promises to be a very different form of motorsport. And that makes it a huge, entirely new challenge for the nine teams and 18 drivers partaking. XE draws in elements of rallying, rallycross and circuit racing, and the drivers come from across the motorsport world. That goes for the teams, too, which bring experience from Formula E, sports cars, rallying, rallycross and American racing.

There are also total newcomers, including Veloce Racing, a tech firm and esports squad taking its first step into real-world motorsport. That said, experience is hardly in short supply: it was co-founded by Formula E champion Jean-Éric Vergne and lists legendary F1 car designer Adrian Newey as its ‘lead visionary’.

Another old hand is team manager Ian Davies, who has worked in rallycross and rallying for more than 30 years with M-Sport, Ken Block and Olsbergs MSE, among others. Tasked with building the Veloce squad from scratch, he was attracted by the prospect of “a fresh challenge” – and certainly found it.

“Extreme E started with a completely blank piece of paper,” Davies says. “It’s the first electric off-road competition car. It’s not rallying or rallycross. It doesn’t have an established set of rules. All the sporting and technical regulations are brand new.”

Conversely, that step into the unknown makes experience more important than ever. So instead of trying to build up its own race squad, which would require investing in a workshop, equipment and so on, Veloce has contracted multiple-title winning Formula 2 squad ART to run its car. “It’s an approach that works well for us in getting us up to speed quickly,” says Davies.

“Veloce is lucky it had a blank sheet of paper; we could spend six months looking at the regulations before assembling the group we needed.”

With XE rules limiting the number of staff that a team can bring to an event, the challenges of the pandemic have also been considered. “I’m expecting to see lots of experience in the paddock,” says Davies. “You can’t just take a mechanic and a welder and an engine guy and so on; you need people with a range of skills.

“We’ve tried to make sure we have a reserve for every role in the team in case we get a positive Covid-19 test. These days you don’t just have to worry about wheels and tyres but quarantine regulations.”

Selecting drivers (Veloce has signed 2019 W Series champion Jamie Chadwick and sports car veteran Stéphane Sarrazin) also required a fresh approach, says Davies: “We spoke with a diverse range of drivers, from big names in motorsport to some competitors who make popular online videos and some Olympic athletes who have dabbled in the sport. We looked at where the sport was likely to go in the next five years. 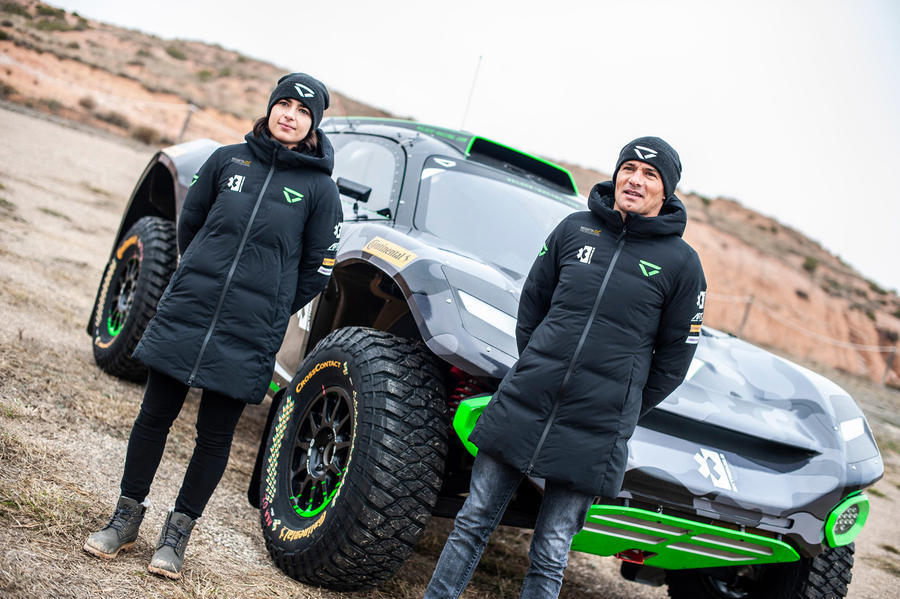 “We signed Jamie early on, because she has worked with the team on other projects, and then we looked at drivers who would fit. That partnership is going to be important; with Jamie and Stéphane, we have a real mix of youth and experience.”

The XE travelling circus will run out of a service area like no other. For coastal events, the teams will live and work out of the RMS St Helena, with a service area established nearby.

Each team will get two large, pod-like tents: one for the car and one for engineering. During races, the management of all the teams will operate out of XE’s television-friendly command centre – another tent that Davies says will be decked out to look “a bit like the Starship Enterprise”.

The remote, unusual and varied event locations – including a beach in Senegal and a glacier in Greenland – will make working conditions for the team a challenge. “We’ve made a big effort to ensure the team understand the different challenges the various surfaces present,” says Davies.

“The hard sand in Saudi Arabia is very different to work on than soft Senegal beach sand and affects the cars in different ways.”

Unusually, if all goes to plan, the teams won’t see their cars between events: the whole XE circus will be loaded back onto the boat and taken straight to the next event. The condition a car is in when it’s loaded into a container at the end of one race is exactly how it will be when they unpack at the next. Time is tight as well.

“There’s a limit in how many hours we can work on the car, although that can be lengthened to ensure all the cars are ready to go at each event,” says Davies. “But we’ll have to really plan our time with the car well.”

Planning the races will be complex, too – simply because nobody has any experience of the format. Teams can choose which driver they want to run first in each heat, and with the courses offering a freedom of route between the six flag gates, route planning and course knowledge will be key. 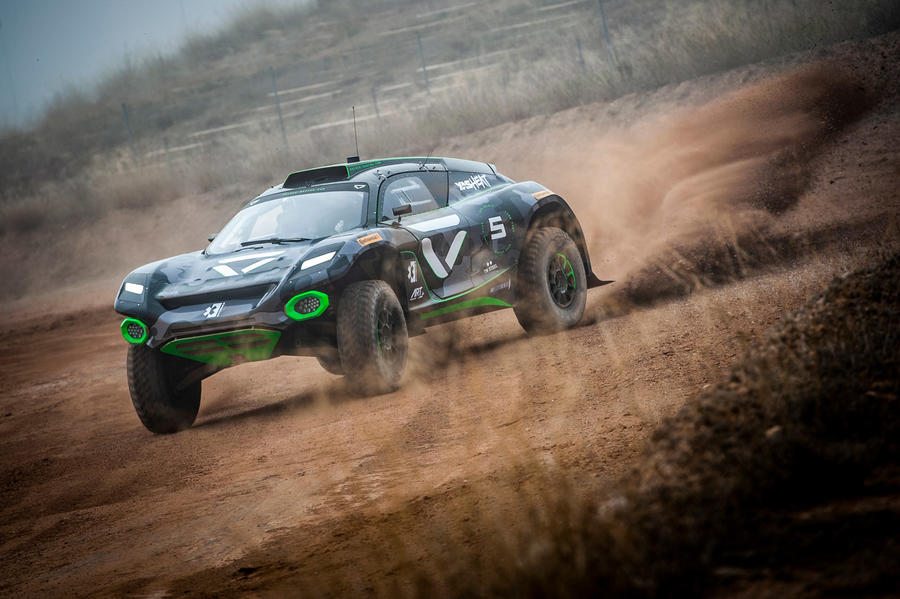 “Even the track walk will be quite extreme,” says Davies (although, contrary to the name, teams will probably be allowed to drive this).

“You only get one pass. The drivers will need to quickly learn the key landmarks, and we’ll need enough notes to help advise the drivers.

“Between the gates, you can choose your route, so we’ll have to quickly look for established tracks and obstacles. If there’s a defined track, you need to know what happens if you go 50 metres left or right in case you need to get out of someone’s dust to overtake. That’s something else you don’t really have to deal with in any other form of motorsport.”

That freedom is symbolic of why, regardless of the messaging and hype, XE is worth watching this weekend. It’s a genuinely bold new form of motorsport, which should offer a welcome change of pace.

“It’s mega-exciting,” says Davies. “We’re not just writing a new chapter in the book; this is a whole new book. This is the start of a new volume of motorsport history.” 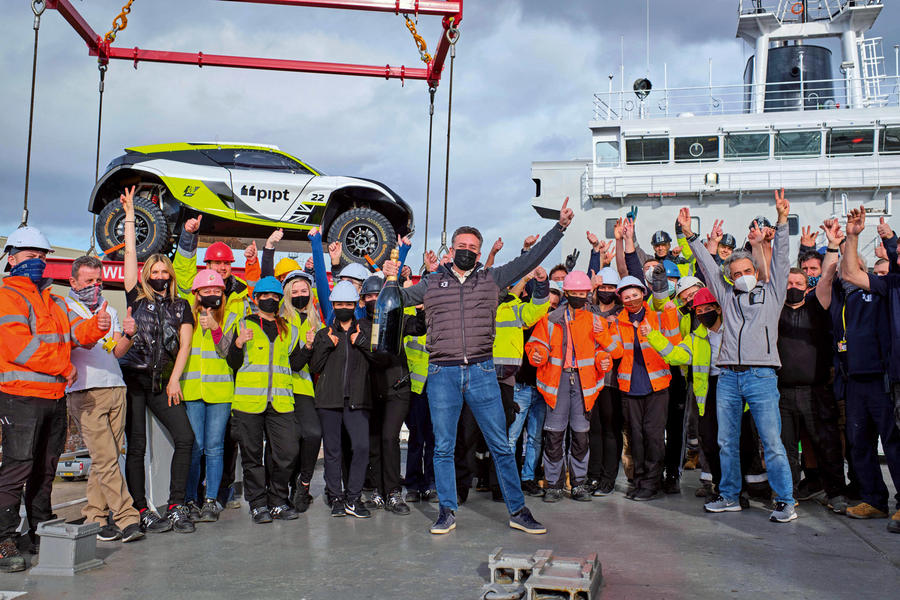 Extreme E’s home from home is the RMS St Helena, a former Royal Mail ship that has been converted into a floating hub for the championship. But it won’t just be shipping electric race cars around the world: it’s also key to XE’s environmental mission.

As part of the renovation for XE, the St Helena has been fitted with a laboratory (replacing a swimming pool) so that, while it’s in the environmentally damaged locations, scientists will be able to research climate change to guide conservation efforts. As the series’ bosses note, without XE, it would be impossible to find funding to put such research facilities in place in those locations.

XE is also conducting legacy programmes in each location, with a vow to ensure it leaves each in a better condition than it found it. For example, it will plant a million mangrove trees in Senegal.

There is work to be done (the St Helena still runs on diesel, for example), but XE bosses insist that there’s real intent behind the initiative and they’re doing everything they can. The calendar has been set to allow the ship to travel between events in the most efficient way possible.

All Extreme E races will be broadcast in the UK on BBC, ITV and Sky Sports