BACK TO ALL NEWS
Currently reading: Can't keep a good Dan down: Cammish on his third Carrera Cup win
UP NEXT
2024 Mercedes C-Class EV spearheads brand's electric rebirth

Can't keep a good Dan down: Cammish on his third Carrera Cup win

Despite spending two years as a title contender, Dan Cammish was dumped from the BTCC after 2020. We hear how he turned disappointment into triumph
Open gallery
Close

There was no shortage of surprise driver moves leading up to the 2021 British Touring Car Championship season, and one of the biggest concerned a title contender who suddenly found himself without a seat.

Two-time Porsche Carrera Cup GB champion Dan Cammish had been drafted in by Team Dynamics and Honda ahead of the 2018 campaign to replace Gordon Shedden after the Scot switched to the World Touring Car Cup.

He had had big shoes to fill, succeeding a triple champion, but did so with aplomb. Close to taking pole position on his debut, Cammish proved to be more than a match for experienced team-mate Matt Neal and in year two went within a lap and a half of securing the title before being robbed by a brake failure.

He would recover to fight for top honours again in 2020 and, having been the best-placed driver in a front-wheel-drive car for two straight seasons, big things were expected of Cammish in 2021.

However, in early March came news that he and his team were to part company, as the departure of Honda and long-time sponsor Yuasa forced Dynamics to alter its plans. The squad would eventually sign the returning Shedden along with Cataclean-backed Dan Rowbottom. 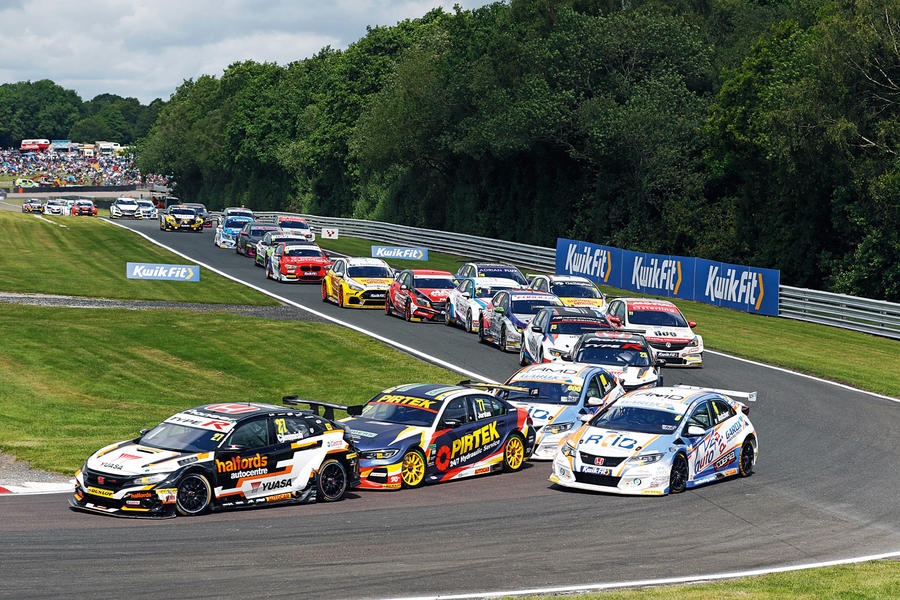 With the remainder of the BTCC grid all but set, Cammish was in danger of being left on the sidelines, but a back-up plan was falling into place that would leave him looking to create history back in the Carrera Cup.

“I remember I had taken the call from Team Dynamics to say that things weren’t looking great for various reasons, and then Simon Leonard from Redline Racing gave me a call for a catch-up,” recalls the 32-year-old Yorkshireman.

“After winning my two Carrera Cup titles with the team, I had continued working with Simon as an advisor, so I explained the situation and he replied that it was great, as I could go back to race with him again!

“He kept calling to check what was happening, and once it became clear that there would be no drive with Dynamics, I spoke with my dad, with various other people and with my sponsors to see what their view was.

“I wanted to be racing and it was key to stay on the Toca package, so the deal was quickly agreed with Simon to go for a third title.”

Cammish’s return to the Carrera Cup set up a fascinating battle with youngster Harry King, who had romped to the 2020 title and was tipped to defend his crown.

Even though he had been racing a front-wheel-drive touring car for three seasons, Cammish was seen as the man who could dethrone King, with the prospect of the pair going head to head immediately piquing the interest of fans. 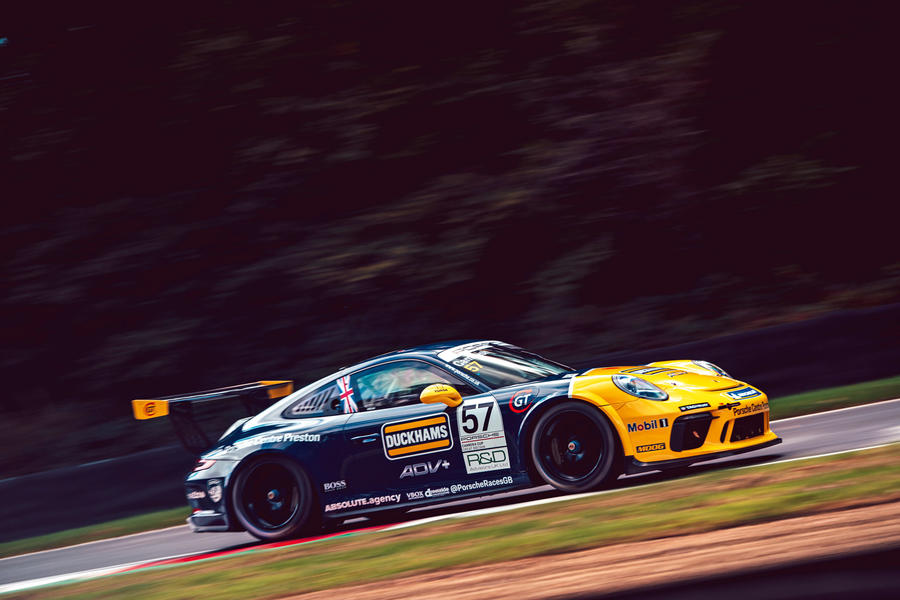 “Because of Harry’s success last year, there was a lot of hype around me returning to the series to see who was the real ‘king of the Carrera Cup’,” continues Cammish.

“I was the double champion who was ‘stepping back’ from the main show, and there was an element of me putting my reputation on the line, as I’m sure there are people who didn’t give me a prayer against Harry after three years away.

“As far as I was concerned, it was a chance to show how versatile I am as a driver, and I got my head down to make sure I was ready for round one.”

Although the results show that Cammish beat King to win the first race of the year, it was clear to see that anyone who expected a two-way title fight had been very much mistaken.

In fact, Lorcan Hanafin had dominated the race on track only to lose the victory to a time penalty for an out-of-position start, while single-seater convert Kiern Jewiss won race two.

Through the opening four rounds, Hanafin, Jewiss, King and Will Martin shared further wins, whereas Cammish, despite a pole at Brands Hatch and multiple fastest laps, didn’t stand on the top step again. He had, however, been grabbing points regularly to sit second in the standings.

“I think there had been so much focus on me and Harry that people like Lorcan and Kiern went under the radar going into the season,” says Cammish. “There was no real pressure on them, and it quickly became clear that there were four or five drivers in the fight, and the whole narrative changed.

“Compared with earlier seasons, the number of points on offer was much lower, and the reverse grid also meant it was more like touring cars in that consistently picking up points became key. You couldn’t afford a bad weekend.” 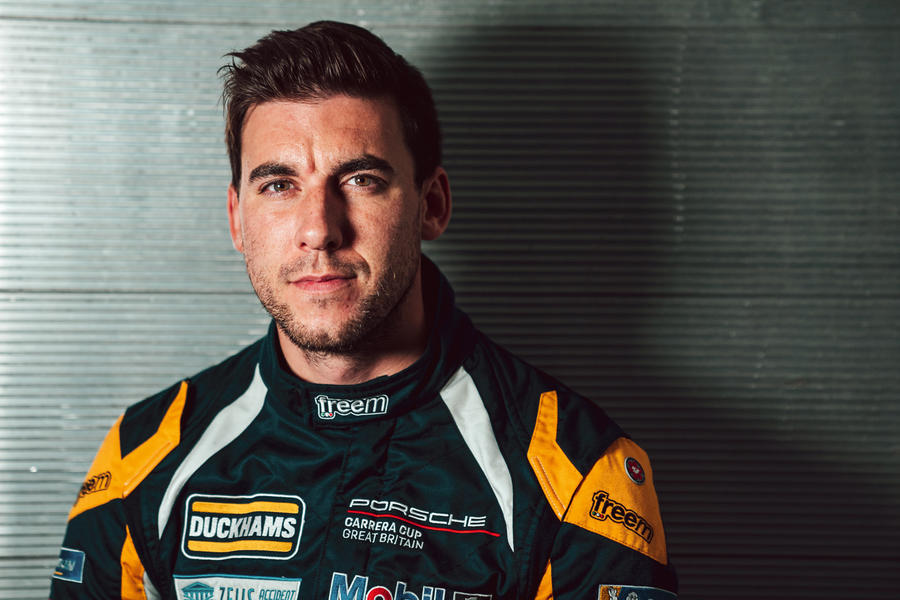 A mid-season break in Greece, where Cammish got engaged to his partner Libby, provided him with the chance to evaluate how the campaign had been going and resulted in a fresh approach when racing resumed at Croft.

“I did a lot of thinking while we were away, as in the first half of the year I had been dealing with the fallout of what happened with the BTCC drive and all the press that followed,” he says.

“The chance to reset came at the right time, and I think that was the point when I realised that the championship was there to be won – but I had to get on with it.

“When we got to Croft, I stuck the car on pole by half a second, won race one, nearly won race two and grabbed the championship lead. That was the key weekend, and it really spurred me on. Without doubt it was a turning point, and from then the fight was on.”

Another win at Silverstone was followed by two podiums at Donington Park, giving Cammish a seven-point lead over Hanafin before the finale.

In a rollercoaster weekend for the championship contenders, Hanafin closed the gap to three points in race one, but third place in the final race – his 12th podium from 16 starts – was enough to hand Cammish a record-breaking third crown.

“Brands Hatch was a really topsy-turvy weekend, and it certainly wasn’t easy, as we were lacking straight-line speed,” he says. “It all came down to the final race between me and Lorcan, and I came out on top, which was a huge achievement.

“For various reasons, I think this championship was the hardest to win, mainly because the level of competition was so high. We didn’t always have the fastest car, but I took everything I learned in the BTCC, and it helped win me the title. To have the record of being the first triple champion makes me very proud.” 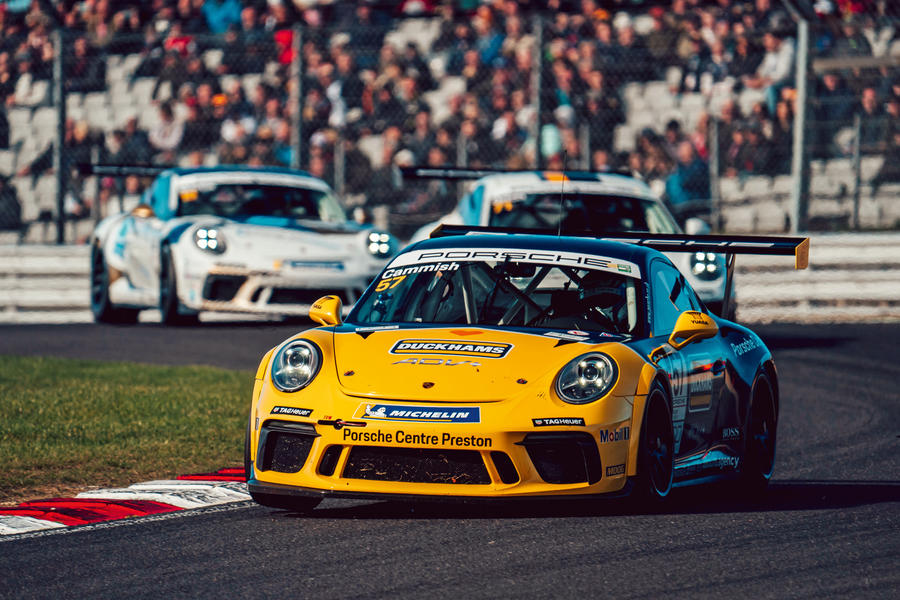 That meant plenty of cause for celebration at the conclusion of a season that could have ended before it even got under way.

“At the time, I was hugely disappointed to lose my BTCC drive, but I actually feel that I’m now in a better position than I would have been had I stayed with Team Dynamics,” says Cammish. “My reputation and my value have increased and the year has turned out to be anything but a tale of woe. It has been a huge success.

“There are probably more options now than there have ever been before, both in the BTCC and elsewhere. And while I don’t have a crystal ball, I would like to think I can be in touring cars again next year.

“To go so close to the title in 2019 and miss out was a massive disappointment, and it took me time to come to terms with it. However, I’ve shown what I can do, and I’m sure my time will come and I can become a BTCC champion.” 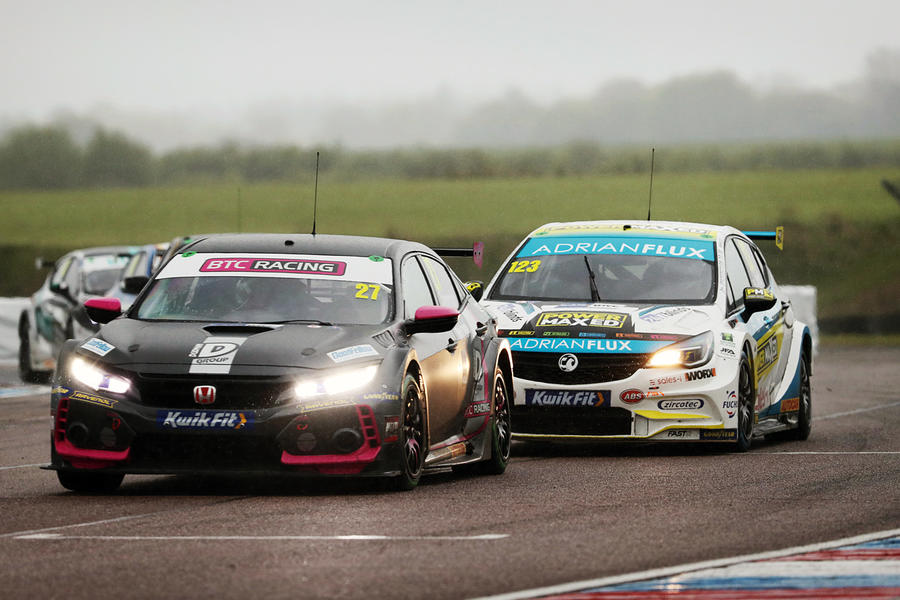 Dan Cammish made a one-off BTCC outing at Thruxton after being drafted in by BTC Racing following the departure of Michael Crees.

A best finish of second behind teammate Josh Cook was the highlight, and although the team was keen to extend the agreement, Cammish honoured his commitment to the Porsche programme.

“If there’s one circuit where you want to race the Honda, it’s Thruxton,” he says.

“We scored some good results and they would have loved me to stay, but I had already agreed to return to Redline and my loyalty was with them.

“Steve [Dudman, BTC Racing owner] appreciated that fact and they drafted in Senna Proctor, who did a great job. But I feel that I proved a point and showed what I can do.”

Despite doing only one event, Cammish would finish 21st out of 35 drivers in the championship.