BACK TO ALL NEWS
Currently reading: British GP preview: Mercedes-AMG’s Valtteri Bottas rates his chances
UP NEXT
MST Mk1: Is this the ultimate rally recreation?

Mercedes-AMG Formula 1 driver Valtteri Bottas is proof that you need to watch out for the quiet ones.

Between his flat-out on-track jousts with Sebastian Vettel, Lewis Hamilton and Kimi Räikkönen, Bottas prefers to turn his back on the trappings of fame, the invitations to yacht parties in his second home of Monaco and the ultra-cool society scene that is heartily embraced by his Mercedes-AMG team-mate Hamilton.

Instead, F1’s newest race winner prefers to head to a lake house near his family home in Nastola in southern Finland, where he relaxes and gathers his thoughts in preparation for the next mind-bending psychological maelstrom of a grand prix weekend.

“In that way we are opposites,” says the 27-year-old when asked about the contrasts between himself and Hamilton. “[In between races] I love going back to Finland and seeing nobody for a few days. But I don’t mind at all; everyone is different and has their own way in which they want to live. For me it is a bit more quiet.”

He’s noticed an uplift in attention in Finland since his breakthrough first career victory in Russia in April – “the Finns only really love winners”, he says, acknowledging his record of 78 races and no wins with Williams prior to joining Mercedes-AMG – but in general he’s comfortable with his under-the-radar status. It’s a way of life for most Finns. “I think in general we don’t like to make a lot of noise about ourselves. We keep it low,” he says. 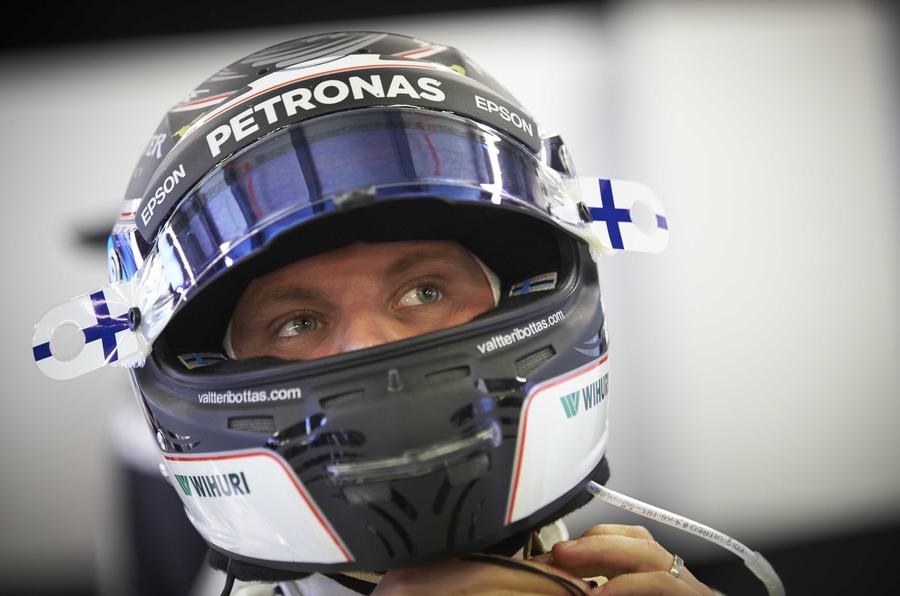 There’s clearly merit in each of the contrasting approaches to the sport embraced by Hamilton and Bottas. The Briton has three wins to his credit this year, while Bottas followed up his Russian breakthrough in April with a superlative drive to glory in Austria last weekend. Ahead of this weekend’s British Grand Prix he is just 15 points behind his triple world champion team-mate in the standings.

So how is Bottas enjoying his working relationship with one of the sport’s superstars?

“It’s very neutral and very professional,” he says. “As soon as I started on day one we had good respect both ways. We have been able to really work together and share all the information. That is the way to go for the good spirit in the team and it allows both of us to really help the team.

“Of course we’re going to battle hard on the track – we still haven’t had proper battles on track, but I’m sure there will be some. But I’m sure we can always keep certain things on the track, like team-mates should.” 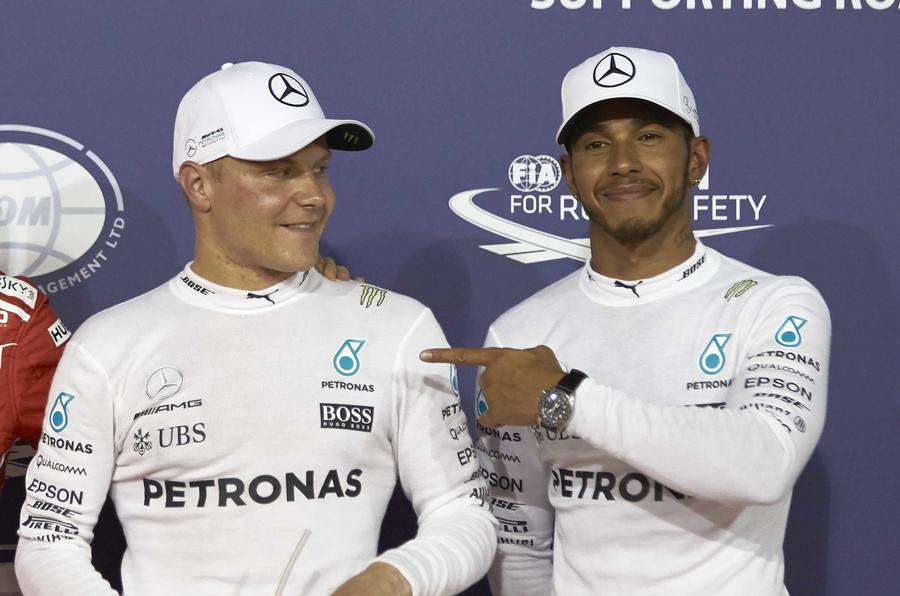 One trait both men share is a single-minded determination to be the best. Like Hamilton, Bottas has been immersed in racing for most of his life, beginning in karting when he was six. He also honed his car control by haring around the gravel tracks of his grandparents house in the family Talbot, but unlike many of his compatriots, rallying was never his priority.

“I always wanted to be a Formula 1 driver. I’ve tried rallying a little bit. It was very good. It’s good fun and very different, but for me it was always about Formula 1,” says Bottas. “When I was kid I always tried to drive anything, whatever it was – snowmobile, quad bike, motorbike or whatever. I loved it – anything with an engine.”

Later, he studied to be a car mechanic for three years. “When I raced in Formula Renault in 2007, sometimes I would check the gearbox myself. During the summers of 2007 and 2008 I worked in a Jaguar service centre, just to raise a bit of money,” he says.

When it comes to road cars, he says he also prefers the likes of the Mercedes-AMG C63 Coupé or Porsche 911 4S to ostentatious supercars.

“I have to say I’m not a big fan of supercars like Lamborghini or Bugatti – I think it is a bit too much,” he says. “In Finland I wouldn’t feel too comfortable having a supercar because there are not many of that type of car around. If I go to the local food market, I don’t like too much attention.

“So I like Mercedes – obviously – and I love Porsches. I have a three-year-old 911 4S in Finland. It is nothing like a supercar because it is a car you can drive every day.”

His first road car was a Ford Cougar, which he owned when he was 18. He planned to trade that for an Alfa Romeo 156, but “when I did a test drive in it, I put it around a tree”. When he moved to England in 2010 after landing the test driver role at Williams, he bought a new Mini Cooper. Now, he has a GLE Coupé at home in Finland in addition to the C63 Coupé which stays in Monaco.

“I could choose any car from the Mercedes model range and I chose the C63 Coupé because I can use it every day. I do clay pigeon shooting, so I can take my shotgun with me, or go to pick up someone with luggage from the airport, but if I want to have some fun on the small roads, there is plenty of power.”

Bottas says he isn’t really interested in trying motorsport away from F1 at this stage of his career, although he is curious about one day trying the Arctic Lapland Rally, which takes place in Rovaniemi in northernmost Finland each January and prides itself on being ‘the coldest rally in the world’. 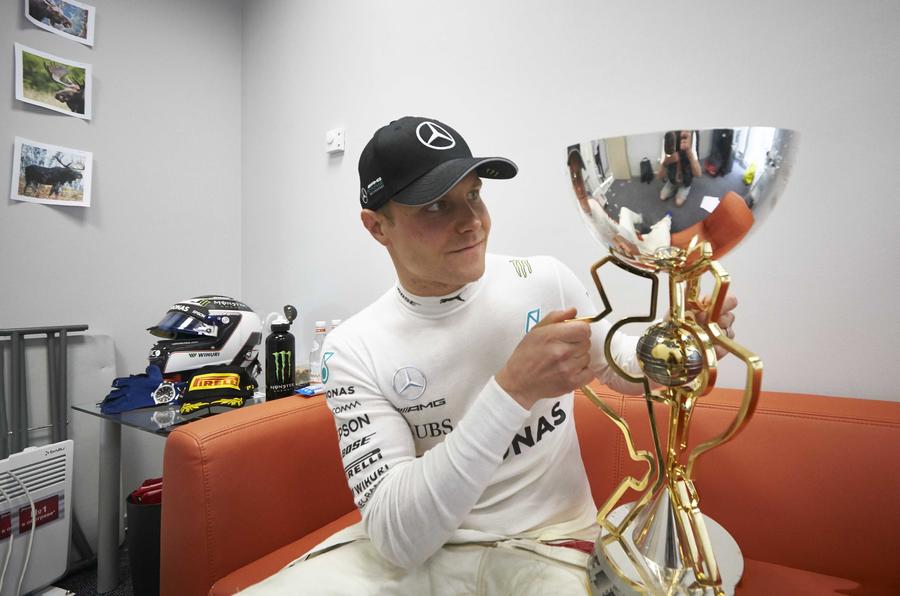 For now, though, he’s consumed by a determination to add to his win tally in F1.

Although he admits that previous podium finishes didn’t really prepare him for the emotion of actually winning a grand prix, he maintains that nothing has changed about his mental approach the sport since the successes: “It was nice to get the confirmation that it is possible to win and I can do it, but I will always believe in my ability and skills anyway. I haven’t changed anything I do. There’s always the next race to start focusing on and it is a long season, so one race isn’t really significant.”

He’d love to have won in Monaco – and rues the five-thousandths of a second that meant he qualified third for this year’s race instead of on pole position, where he would have stood a great chance of victory. He’d also be pretty emotional if he were to win the Hungarian GP at the end of this month: “Budapest would be one of the best, because so many Finns go there. It is a tradition for them.” 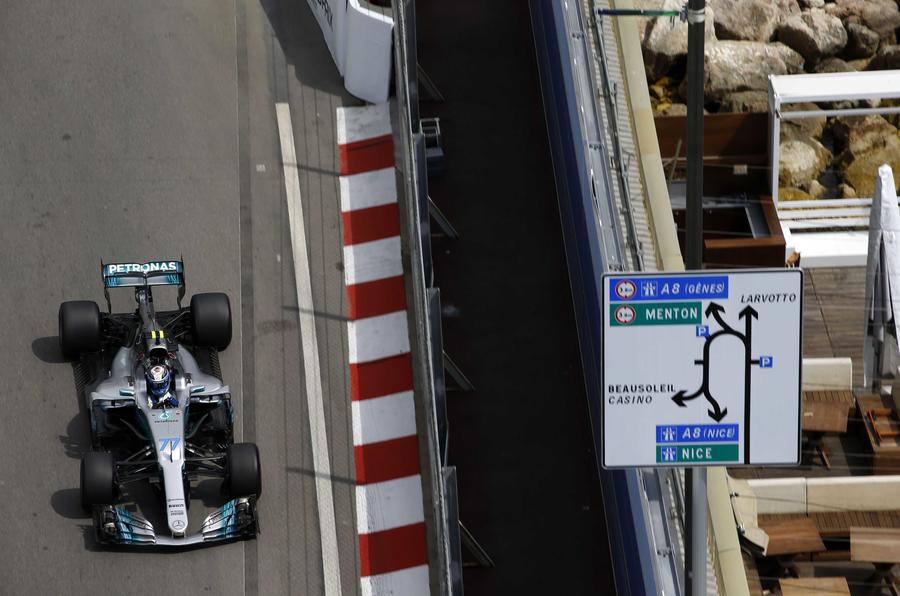 Two wins and four other podiums from the nine races so far this season might suggest he’s already made himself comfortable within the Mercedes-AMG set-up, although he says moving from Williams wasn’t without its challenges: “It was a little bit more tricky to get really into the team than I initially thought because there are so many things to know in terms of how Mercedes does things, such as having different technical terms for different things in the car. And also learning the detail of the car, because mechanically it is very different and it behaves very differently.

“Formula 1 is all about the detail – if you can’t be on the limit at every single corner and so on, then you are way off the pace. It was trickier than I expected, but now I feel good.”

Bottas says the current crop of drivers have embraced the wider, grippier, faster cars that have been introduced for 2017.

“It is harder to overtake [in these cars] but I also think drivers are making a few more mistakes because the cars are a bit harder to drive on the absolute limit,” he says. “You have to really drive them on the limit to get the best out of the cars – more so than with the previous cars. It is something that all the drivers like. You have to work harder for overtaking, but it depends a lot on the track as well.” 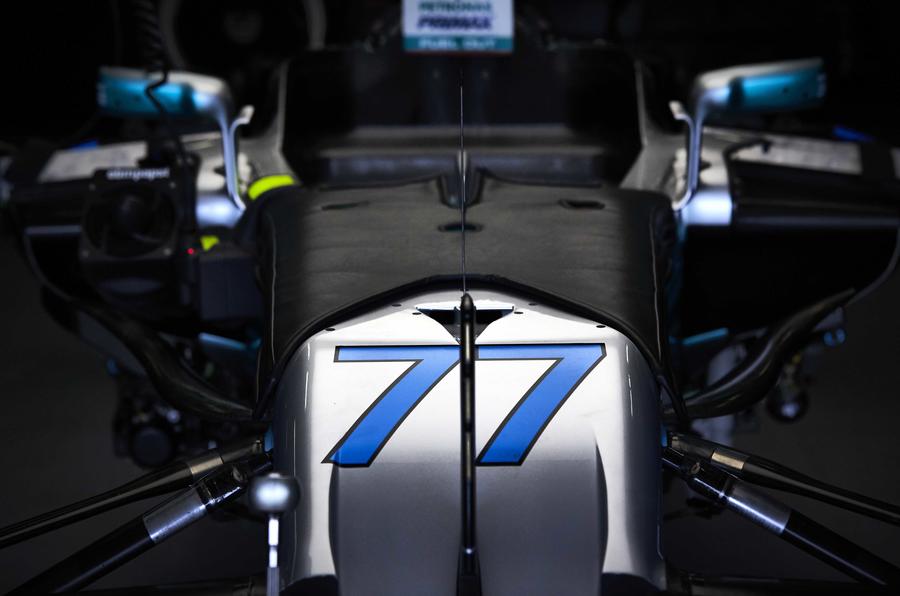 So does he have any particular strengths as a driver? He points out that the top racers are all extremely closely matched at the top of their games, but adds: “I feel that I am mentally strong under pressure, such as when it comes to overtaking or defending. And consistency during the long season is key, so not having too many ups and downs.

“In qualifying in general I have been good, even though this year there have been a couple of sessions where I haven’t been satisfied with my performances, but I have had a couple of very good ones as well.”

Silverstone, he thinks, should show the cars in a good light and he’s often been quick at the Northants circuit, even if second place in 2014 remains the brightest point in terms of results.

Although he prefers the traditional driver’s tracks such as Silverstone, Spa-Francorchamps and Suzuka – “the more high-speed corners, the more I enjoy it, basically” – Bottas says his strategy is to go into each race with an open mind as far as the prospect of victory is concerned: “I don’t want to pick races or to think that one race is going to be more difficult than another. The fact that I now go to each race knowing there is a possibility of winning is really cool.”