BACK TO ALL NEWS
Currently reading: BTCC 2022: Cook double but Turkington strikes back
UP NEXT
Lotus Emira vs Porsche 718 Cayman

After BMW dominated in qualifying, taking the top four slots, with Colin Turkington leading the way, it looked like it would be a weekend for the rear-drive 330e teams.

But Josh Cook had other ideas, grabbing a double set of wins at Brands Hatch that have left the Honda Civic Type R driver lying second in the championship, eight points behind leader Tom Ingram.

Sunday’s rainy conditions always threatened to shake things up a bit and so it proved, as the BMWs’ wet tyres faded as the race wore on.

Turkington and Jake Hill led from the start, building a slight gap to the battling pack behind as Cook got involved in a dice with Stephen Jelly.

But the gap for the leading two was never enough as their tyres started to fade, and it allowed the Honda driver to reel them in, going from third to first over the course of 10 laps. 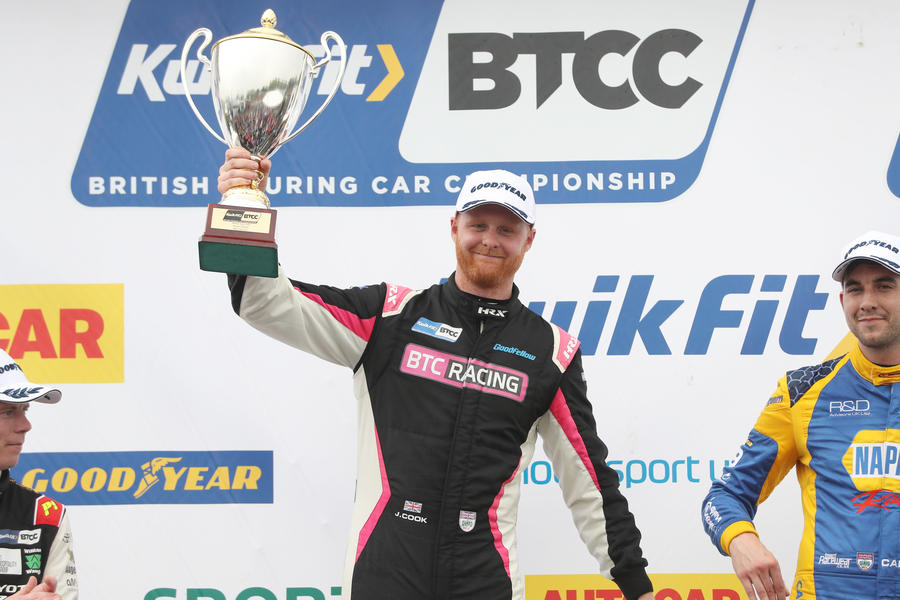 Cook double the first of the 2022 season

The BTCC’s new hybrid rules came into play, as Cook had to manage his energy levels in case Cammish mounted a late-race push.

“I’m knackered. That was hard work!” said Cook. “For us, it’s about the point scores, we need to keep scoring big points. Last year, we lost out on the championship because of a couple of bad weekends, so we need to make hay while the sun shines and just grab as many points as we can.

“I was counting down the laps. Every single time I crossed the line, I was trying to save some hybrid for the end in case an assault happened.”

After suffering with tyre wear in race one and only managing 10th in race two, Team BMW driver Turkington ended the weekend on a high with a win in race three.

Tom Chilton was on pole position and managed to withstand early pressure, including as a result of a safety car, but he couldn’t hang on forever, and Turkington passed him around the outside at Paddock Hill Bend on lap eight.

Hill ended up second, ahead of Cupra Leon driver Bobby Thompson, who earned his first ever BTCC podium.

In terms of the title, Ingram showed that consistency is key as, thanks to finishes in second, fifth and fourth, he maintained his championship lead.