Mercedes-Benz has revealed prices for its SLC Final Edition, the run-out special of the roadster before production ends early next year.

The last ever SLC is launched 23 years after the two-seat roadster first made its public premiere, badged as the SLK, ushering in a new folding hard-top roof structure that was subsequently emulated by many other car makers. 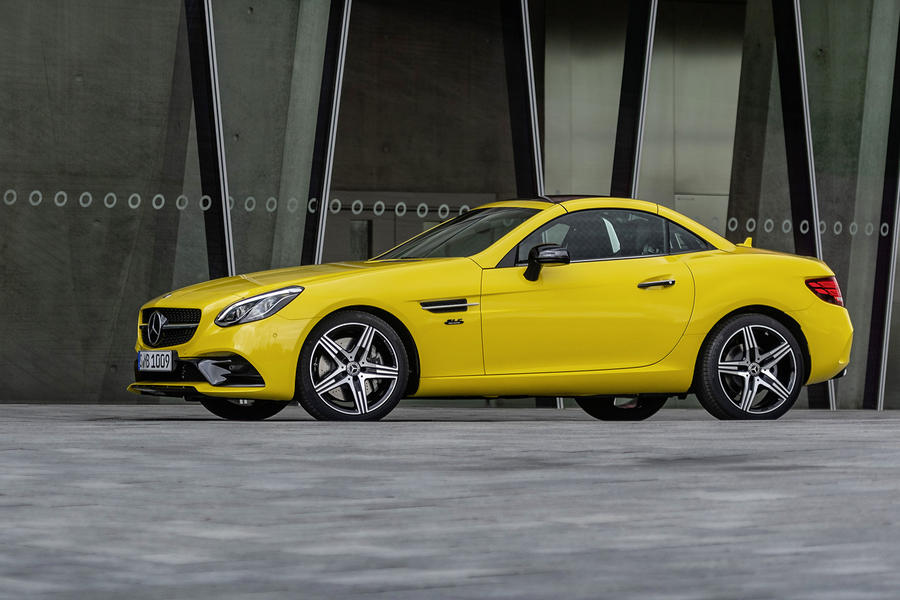 Without plans for a successor model, Mercedes-Benz is marking the end of production for the SLC by offering a special optional yellow paint finish alongside the standard black and grey options. This replicates one of the colours used to launch the original SLK.

The Final Edition is based on the existing AMG Line model but gains uniquely styled bumpers, 18in five-spoke alloy wheels and a lavishly equipped interior with, among other previously optional features, Airscarf neck heaters as standard. A Harmon Kardon sound sustem is only offered in the SLC43. 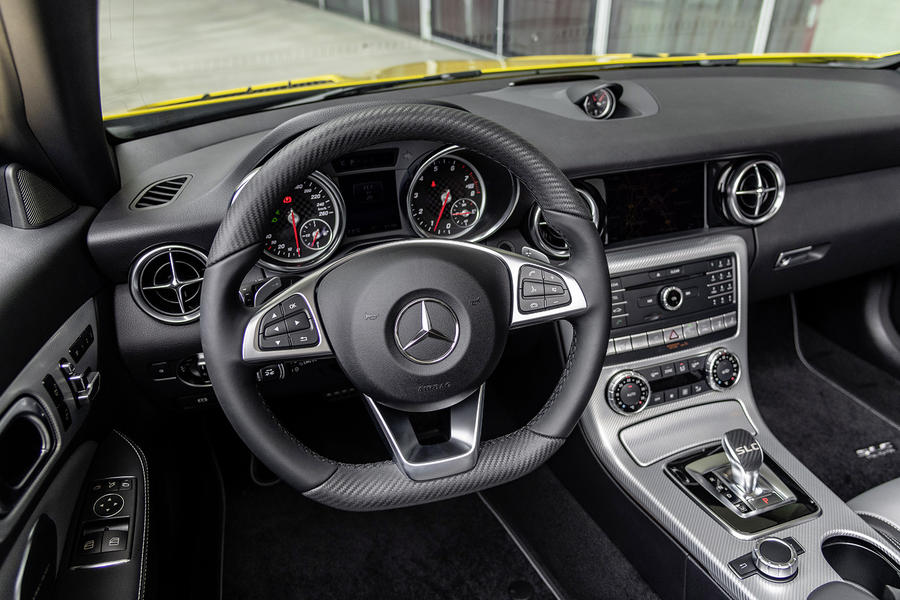 The C-Class-based roadster was produced in three model generations over its 23-year life span. The original R170-designated model was launched at the 1996 Paris motor show. It was succeeded by the R171, launched at the Geneva motor show in 2004, and then today's R172 went on sale in 2011. It was known as the SLK until its 2016 facelift.

Combined global sales of the SLK and SLC total more than 710,000, according to Mercedes-Benz.

..and it's actually not a bad little car (had a Boxster S previously which i owned for 8 years), it's pretty, has adequate performanace, and has not had a single fault. Spec is a bit basic and not the latest tech, 9 g-tronic is not the best auto but stick it in sport or sport + and it's quite fun. Handles and rides ok, no Porsche but not a bad compromise for comfort and sportiness, you can still get the tail out. I for one think it's a shame it's not being replaced in world of dwindling affordable sports car options.

Got it 2 years ago as we thought it would make an entertaining change from yet another MX5. Biggest car purchase mistake ever. It’s slow. Doesn’t handle at all well, it’s uncomfortable and I’ve no idea where Mercedes found the gear box (manual) to put in it. I suspect it wasn’t meant to be put in a car.

I’ve a long planned trip to do the NC500 waiting to be done but I wouldn’t entertain doing it in the SLK. It would be soul destroying. We are waiting to see if Suzuki introduce a scrappage scheme on the Jimny. That way we can get rid of it with the added bonus that somebody else isn’t subjected to such a mediocre car. If they don’t, then it’s going to make way for yet another MX5. Then I can do then NC500 with a smile on my face.

I'm not particularly a fan of

I'm not particularly a fan of heavy, folding metal hard tops, but I've always liked the look of these, the proportions are great. Its a big shame so many cars that aren't SUVs are disappearing, consumer choice really is at a low ebb.