BACK TO ALL NEWS
Currently reading: Hardcore Alpine A110S makes public debut at Tokyo
UP NEXT
Opel Manta A: 1970s coupe reborn as one-off retro EV

The Alpine A110S has made its public debut at Tokyo motor show, having first been revealed in August.

The flagship model, which went on sale in September, is priced from £57,590 in the UK, including the cheapest paint option.

The S commands a £6780 premium over the mid-range Légende variant, and can be specced in a range of five colours, the most expensive of which, matt grey, costs £4440. A new set of 18in black alloy wheels is exclusive to S trim, and a contrasting carbon roof can be equipped for £2208.

Inside, the standard leather-Alcantara sports seats can be replaced with a pair of carbon-backed buckets for £1656, while bespoke floormats with blue stitching can be added for £110.

Driving aids such as hill start assist, cruise control and tyre pressure monitoring are equipped as standard, but a rear parking camera is optional at £480.

The new A110 S is, according to the company, a true “focused sports car” with a “very different character” from existing versions of the two-seater.

The new range-topping variant of the mid-engined Alpine is built around a reworked version of the 1.8-litre four-cylinder turbocharged engine, with the turbo boost pressure increased by 0.4 bar. 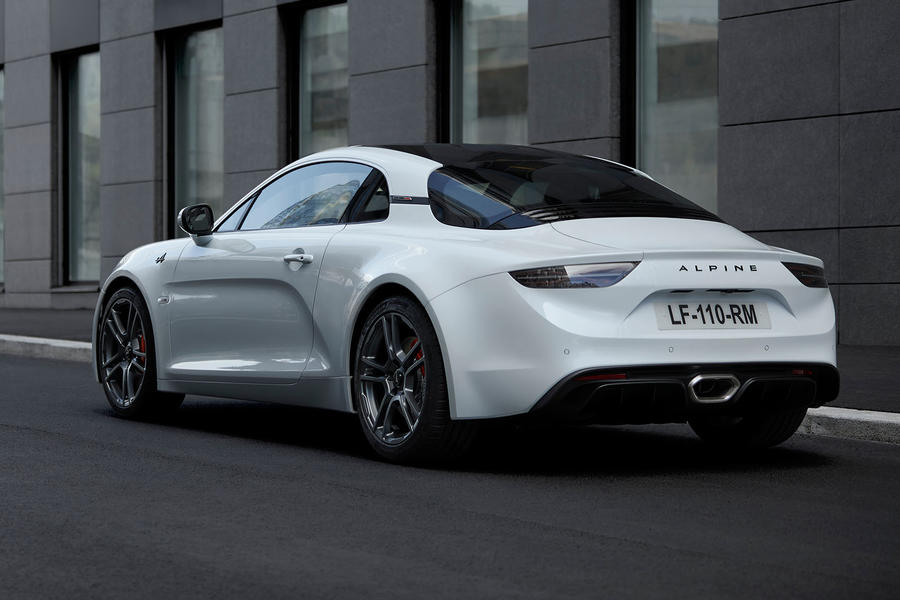 Retaining the seven-speed automatic gearbox from the standard Alpine, the A110 S can cover 0-62mph in 4.4sec – a 0.1sec improvement – and its top speed is 162mph. The A110 S retains the same aluminium body but has a different chassis configuration, with new stiffer coil suspension springs, retuned dampers and firmer anti-roll bars.

The ride height has been lowered by 4mm to increase stability. There are new wheels and new bespoke Michelin Pilot Sport 4 tyres (215mm at the front, 245mm at the rear) for increased mechanical grip. Brembo brake calipers with 320mm bi-material discs – available as an option on other A110 variants – are standard and the firm has reworked the electronic stability control.

Overall, the changes have increased the car’s weight slightly, from 1103kg to 1114kg. Jean-Pascal Dauce, Alpine’s engineering boss, said the changes were all designed with a focus on “high-speed stability and handling precision”. But he added that it would remain a “usable everyday car. The A110 S wouldn’t be a true Alpine if it was too firm or too hard riding to be driven day to day.” 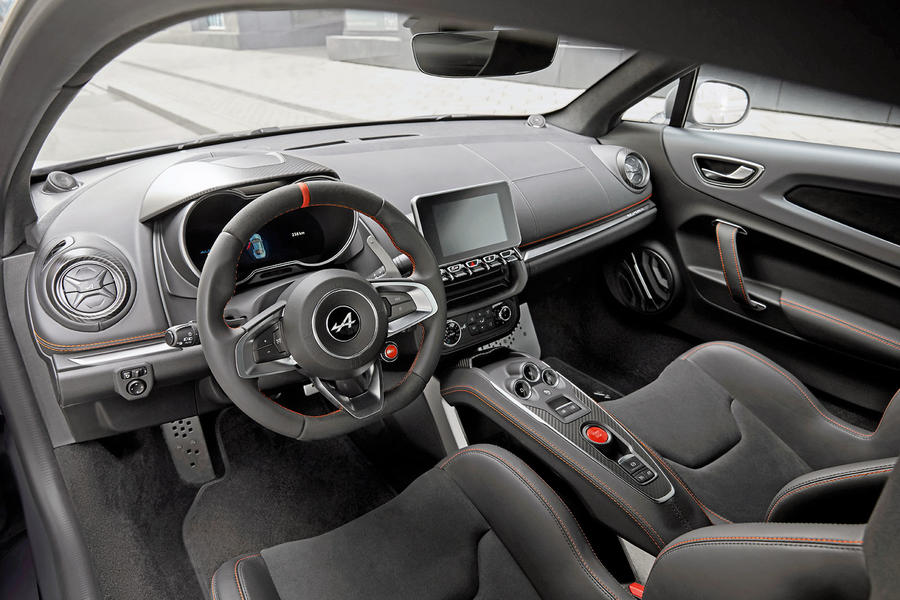 As well as the mechanical changes, the A110 S features a number of bespoke styling elements, including carbonfibre and orange flag details on the rear pillars, orange brake calipers and a new wheel design. Inside, the A110 rangetopper comes with new upholstery and stitching, a leather steering wheel and aluminium pedals.

Buyers can also opt for a carbonfibre roof, which reduces the car’s weight by 1.9kg.

Rhapsody in Blue: life with an Alpine A110

McLaren Senna vs Alpine A110: can less be more?

Only fools and horses

It's an Alpine isn't it?

People are saying how cars look different in the flesh to how they appear in photos. For me matt finish cars may look ok in pictures, or under the bright lights of a show stand, but out on the road I think they look awful. The phrase "shiny new car" surely exists for a reason: I just think matt paint looks old, patchy and tired. Here's an idea, save the £4400, get a standard finish, leave it out in all weathers, never clean or polish it (there's another saving), and you'll end up with much the same look.

I always thought these Matt finishes were wraps, didn't realise it was paint.

still not good enough to beat

FINE!! ill see you 4c in the garage when i drive past and youll be in hospital with cramped everything.

And yet in every head-to-head test the A110 has indeed beaten the 4C.

The point of this car is the driving experience. If you're hung up on the interior you're missing the primary purpose of this car. As for the handling and power upgrades, given the standard car is so sweet it'll be really interesting to see how this drives. Roll on the road test.