The Jaguar XEL, a long-wheelbase version of the XE compact executive saloon, has been spotted testing in Britain ahead of its market launch in China.

The XEL has now been revealed. Click here for the story.

The new saloon will be around 120mm longer than the regular XE in order to offer more space in the back and appeal to Chinese demand for chauffeur-driven models.

Slotting beneath the larger XFL and XJL, which also target China, the XEL will add rear entertainment including screens and controls for the car’s infotainment.

There could also be an optional massage function, four-way lumbar adjustment and window blinds, as seen on the XFL and XJL. 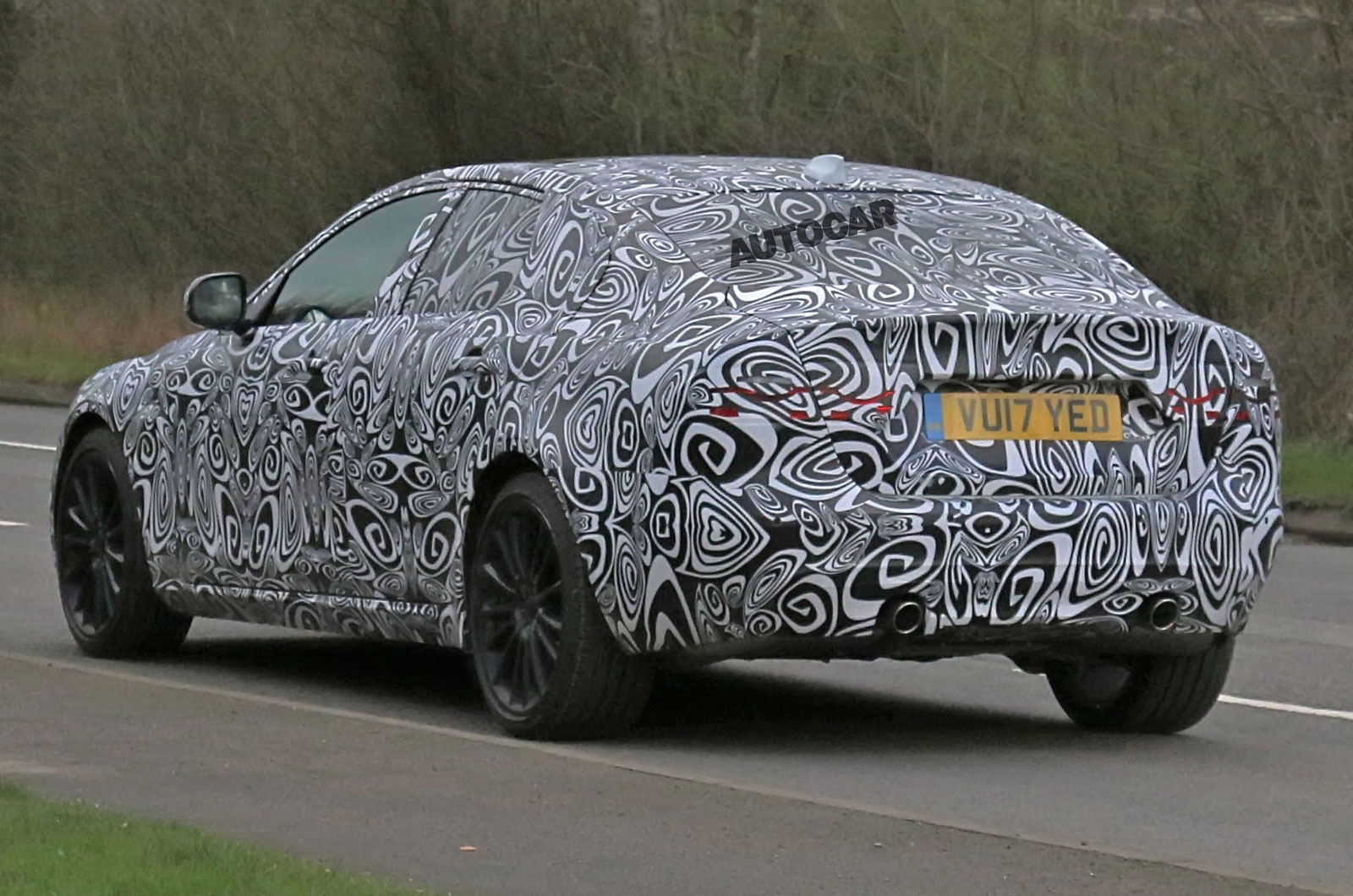 As shown by the development car, there will be no major changes to the car’s design aside from the extended body.

Due to its longer structure, the heavier XEL is likely to forgo the less powerful engines used by the regular XE, which gets turbocharged 2.0-litre petrol and diesel engines with up to 247bhp.

Autocar contacted Jaguar for comment on the model, but the company refrained from confirming its arrival. Nevertheless, the sighting of this development car suggests it could be launched this year.

The Shanghai motor show, which takes place next month, is a possible venue for the car’s debut. Like the other long-wheelbase models, the XEL will almost certainly not be sold in Britain, but it could be offered in other markets outside China.

LWB versions of cars in this

LWB versions of cars in this class seem a bit odd, but if it's what the customers want...
Daniel Joseph 28 March 2017

LWB versions of cars in this class seem a bit odd, but if it's what the customers want...

Yes, they do look a bit odd, but are apparently very popular in China. As I understand it, Chinese customers are very respectful of the social hierarchy and their position in it. Rather than risk appearing to "have ideas above their station" by buying a car identical to their bosses' XF, they go instead for an LWB XE. Same space, lower status.

"lumber" adjustment? Is that

"lumber" adjustment? Is that so that you can change the seat to suit the quantity of logs you are carrying?

"lumber" adjustment? Is that so that you can change the seat to suit the quantity of logs you are carrying?

But isn't a long wheel base XE an XF?
View all comments (6)