BACK TO ALL NEWS
Currently reading: Lightyear One solar-charging EV makes UK debut
UP NEXT
From the boardroom: Polestar UK boss Jonathan Goodman

Dutch start-up Lightyear has shown off a prototype of its One long-range solar car at the Goodwood Festival of Speed.

The One is a lightweight, four-wheel drive, coupé-style four-door, which Lightyear says will offer a range of around 450 miles on the WLTP combined cycle from a solar-electric hybrid powertrain. The static prototype was first revealed in June, and makes its public debut at the Sussex event.

Lightyear claims the One is able to achieve this segment-leading range even with a much smaller battery than that found in equivalent BEVs, because it consumes much less energy than conventional electric cars.

Each wheel is independently driven, minimising loss of energy throughout the drivetrain, while the use of ultra-light materials for its body construction reduces strain on the battery’s output. 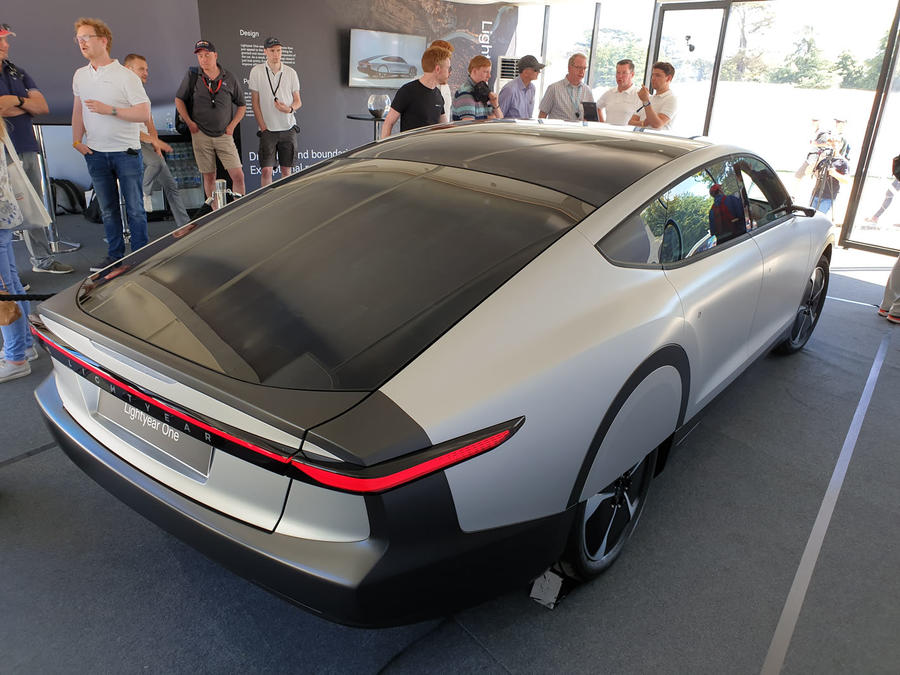 As well as generating as much as 12,430 miles worth of energy each year from solar power, the One can be charged from a conventional domestic 230V outlet, gaining up to 250 miles of range overnight

The car’s five-metre-square solar panels are located on its roof and bonnet, comprising solar cells integrated in safety glass so strong that, Lightyear says, “a fully-grown adult can walk on them without causing dents.”

Company boss Lex Hoefsloot said: ““The main goal of the car is to fill in where electric cars fall short. Research has shown that range and the lack of charging options are still the top concerns that people have when considering purchasing electric cars.” 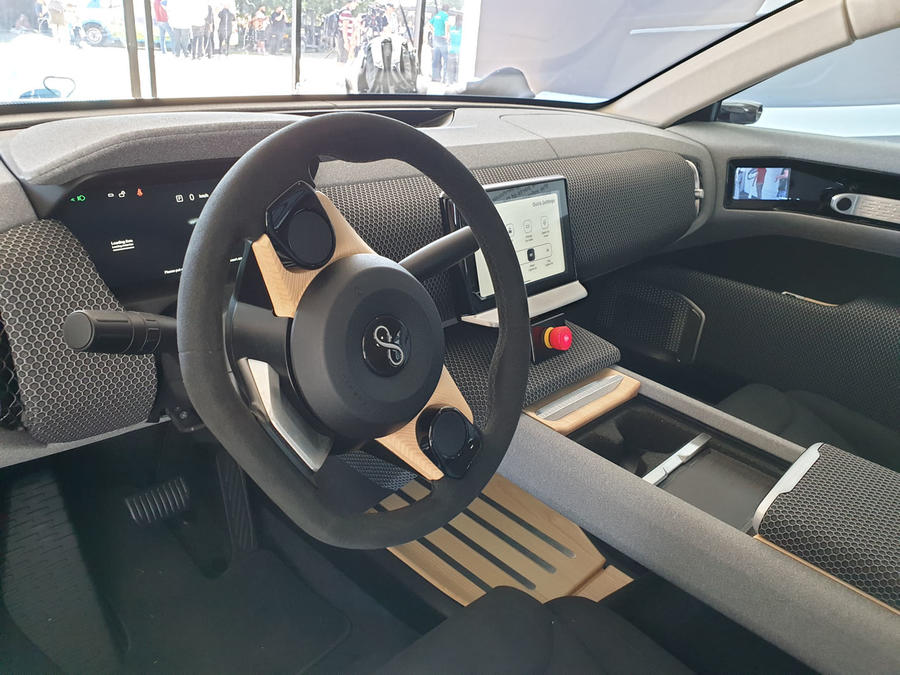 The One marks the start of Lightyear’s planned solar vehicle development strategy. While reservations for the One open at €119,000 (£106,000), future models will “have significantly lower purchase prices”.

The company also says the One’s successors will be geared towards car-sharing, with high levels of autonomy and low operating costs, as it strives to create a product range that is fully sustainable.

The first 100 One models, of a total planned production run of 500, have been reserved already. Build is set to get underway in 2021, and Hoefsloot was keen for a working prototype to take to the Goodwood hill at next year's event.

Yes, as others have said above, the maths really doesn't add up. We have 18 sq metres of solar panels on our southerly aligned roof and during June are averaging under 20kWhr per day (it's not been a sunny month!).

So 5 sq metres of panels in-less-than-ideal orientation (and not parked in the shade!!) is only going to generate around 6kWhrs per day if the technology is equivalent!

Too good to be true?

I guess the whole car body

I guess the whole car body will ned to be made of solar cells...for additional back up juice...I give A for effort...