BACK TO ALL NEWS
Currently reading: First Polestar 1 prototypes seen ahead of customer deliveries
UP NEXT
The cream of the crop? Bentley Flying Spur vs Mercedes S-Class

The first Polestar 1 hybrid coupé prototypes are have hit the winter testing routes ahead of the car's release later this year.

Assembled in Gothenburg, Sweden, the development cars are the final stage of the model's testing regime ahead of the car entering production in China later in Spring.

Although we've seen the car in near-production concept form already, these lightly disguised testbeds show the finished car will retain the concept's design. They also show a new electrically retractable rear wing on the car's bootlid.

A total of 34 road-going prototypes have been hand-built for weather testing, on-road appraisal and crash testing to prepare the car for full production and sale to the public.

Polestar CEO Thomas Ingenlath said: “The assembly of the VP [verification prototype] cars means that the Polestar 1 has taken its next step towards production.

"This first batch of 34 cars will enable our engineers to tune the finer details of the car, ensuring that the Polestar 1 is perfect when we start to produce customer cars in the middle of next year.”

Following a debut as the Volvo Concept Coupé at the 2013 Frankfurt motor show and its reinvention in Shanghai late last year as the Polestar 1, the car made its dynamic debut at the Goodwood Festival of Speed last year.

The 1's online configurator recently went live, allowing customers to choose from a limited number of options, with exterior paint shades spanning metallic and matt shades of black and grey. Polestar has kept the customisation options for the model close to those shown on the concept.

The first model from the newly spun-off performance hybrid and electric vehicle arm of Volvo will cost from €155,000 (about £135,500 at current rates) in Europe when it goes on sale in the middle of 2019, although customers will purchase the car through a monthly subscription.

Polestar said it has revealed the total price to illustrate where the car sits in the marketplace. The total figure makes it around £8000 more expensive than the Tesla Model S P100D.

The 1 spent much of its testing and development time within the Arctic Circle, where its drivetrain, batteries and torque vectoring system were placed under pressure in temperatures as low as -28deg C.

Ingenlath said the torque vectoring system enhanced the 1's cornering responsiveness and accuracy, adding: "This is a driver's car."

The 1 is already available to order for a deposit of €2500 (about £1900). It will initially be sold in 18 countries, including the UK. Most of the markets fall in north, west and southern Europe, but China, the US and Canada are also included.

Polestar chose to increase the availability of the model at launch from an original 12 countries due to strong popularity.

The 1 made its European debut at the Geneva motor show in March and has been on a brand-building world tour before its public launch. Once production begins, 500 examples are due to be sold each year.

Before the opening of order books, Polestar said more than 6000 potential customers had expressed an interest in the car.

The 1 has an all-carbonfibre body based on a shortened version of the Volvo S90's platform. It will produce 592bhp from a front-mounted 2.0-litre turbocharged petrol engine and twin electric motors on the rear axle.

It will make more European appearances before heading to the US and then China, where a special manufacturing facility capable of handling carbonfibre structures is already under construction near Volvo’s existing plant in Chengdu. 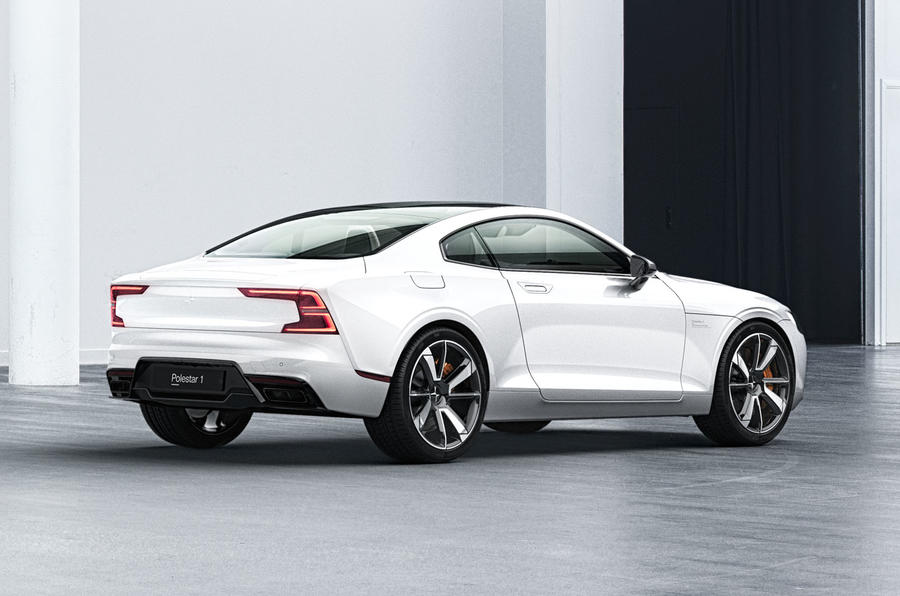 According to Ingenlath, who also remains Volvo’s design director, Polestar will become Volvo’s “technological spearhead” that, after the 1 hits the market, will make only electric performance cars.

The company is preparing for an early 2020 launch of the 2 hatchback saloon, which bears a very close relationship to Ingenlath’s Concept 40.2 that has already been displayed at motor shows. An SUV, the 3, will arrive after that.

The 2 (imagined by Autocar below), which will be all-steel and sit on Volvo’s smaller CMA platform, will go into production in late 2019 ahead of a 2020 launch. It will be offered in both left and right-hand drive. Ingenlath won’t say where the car will be built but is keen to point out its suitability as a rival to the Tesla Model 3.

Polestar is understood to still be deciding on details of its powertrain design, although two electric motors (one front, one rear) are suggested. The 2 should cost “from €40,000” and have a practical driving range of about 200 miles. 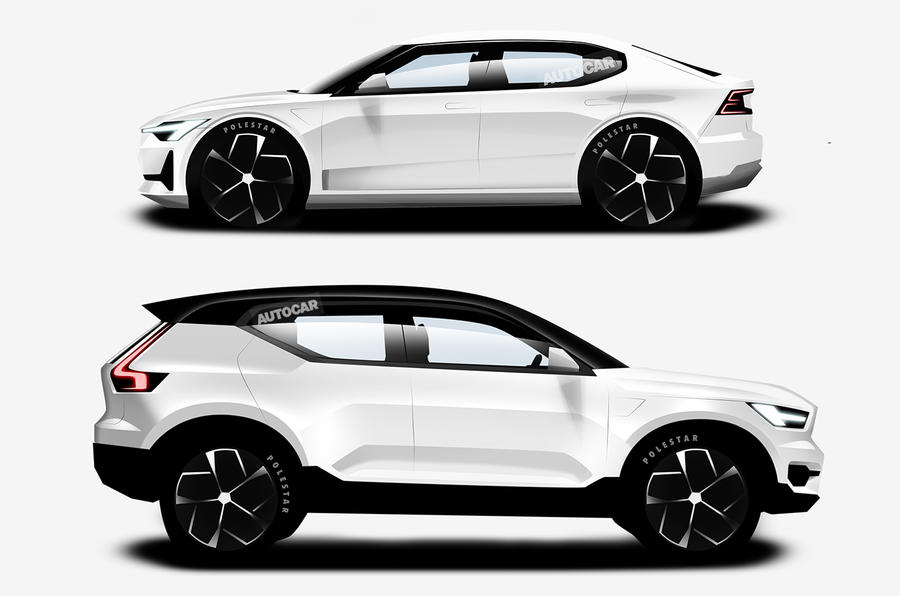 The 3 (imagined by Autocar above), a radically styled, low-roofed SUV that will use the next generation of Volvo’s SPA big car platform and have an aluminium-and-steel body construction, is understood to be heading for a 2022 launch and is likely to be produced in Chengdu.

When all three models are selling as anticipated, Polestar volume could reach 80,000-90,000 cars annually (with the 1 accounting for 500 and the 2 for around 50,000). Ingenlath says further models are being considered in segments that wouldn’t be mainstream enough to suit Volvo.

As well as developing rule-breaking new models, Polestar is working on a bespoke marketing set-up aimed at increasing convenience for owners and moving beyond the traditionally adversarial customer-dealer relationship. Cars will be paid for by a monthly subscription that includes insurance, servicing and possibly customer hire days (in case they need a van or fancy a sports car for a few days, for instance). The vehicles will be picked up from customers’ homes or workplaces and delivered back after servicing.

Polestar commercial director Jon Goodman expects to choose about 80 Polestar 'spaces' around the world to sell its cars, with an expected eight in the UK.

But, would Roger have approved?

Other than the P1800 I can’t think of a Volvo product that had cult status, an icon....

quite a bit of luck

Be interesting as the subscription service is meant to be unlimited mileage so 'owners' could get their monies worth by putting 65,000 miles on it within 3 years.  Afterwhich maintenance/service costs on a 2.0 4 pot with 400 hp could be interesting.  Could you cope with LHD though?

.. these will depreciate like mad and so can be affordable 2-3 years down the line, because I REALLY WANT ONE, but the asking price is madness!  I also wish it was still badged Volvo as I think the Polestar thing is daft.