BACK TO ALL NEWS
Currently reading: New Bentley Mulliner Bacalar to be revealed tomorrow
UP NEXT
Hennessey to launch 2400bhp six-wheeler EV in 2026

Bentley has confirmed that the new Bacalar, an ultra-exclusive convertible from its Mulliner coachbuilding division, will be revealed tomorrow (3 March).

The limited-edition model had been set for an unveiling at the Geneva motor show this week, but following that event's cancellation, it will make its debut live on Bentley's YouTube channel at 8.30am.

The coachbuilt special edition will be only the second two-seater to come out of Crewe since 1930, with a compact rear luggage space housing a pair of bespoke travel cases, also from Mulliner. The wraparound cockpit is unlike anything in Bentley's production line-up but bears a strong resemblance to that of the EXP 100 GT concept from which the Bacalar draws much of its styling inspiration.

Although it hasn't been officially confirmed, it's likely that the Bacalar is the £1.5 million open-top grand tourer first detailed by Bentley late last year. To be sold under the Mulliner brand, the convertible will be aimed at wealthy buyers who seek out rarer models for private collections and investment opportunities. 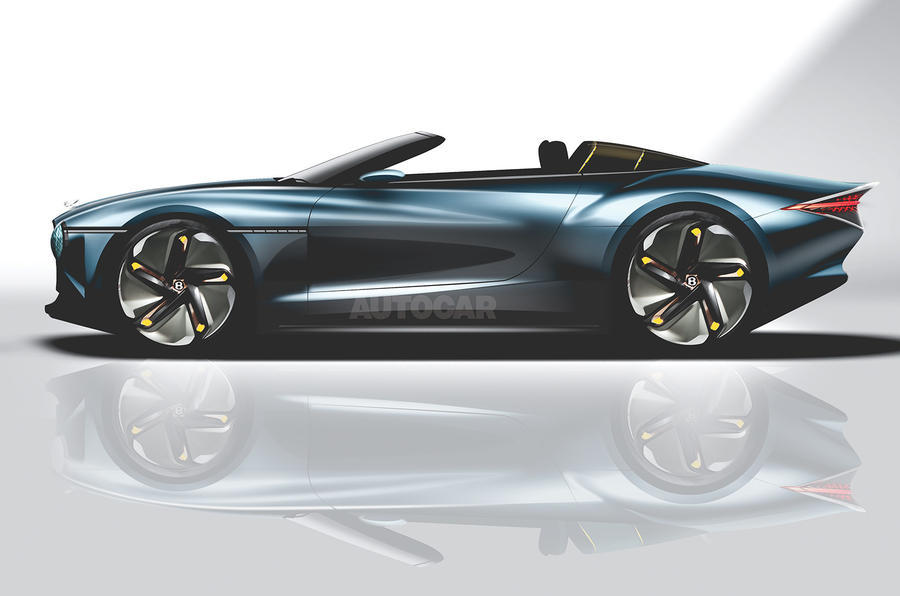 Bentley says the hand-built model represents “the future of coachbuilding”, making use of a range of sustainable and ethically sourced materials throughout its construction and featuring a “beautiful yet dramatic design”.

References to the EXP 100 GT concept as a styling influence suggest the Bacalar will take the form of a large sports coupé with an interior that emphasises space, sleekness and natural light. It's unclear whether the concept’s trademark scissors doors will make their way into production, but bespoke elements such as the 5500-year-old, naturally felled riverwood could make an appearance.

Production numbers will be extremely limited, says Bentley, so we’re expecting extensive personalisation options for buyers, materials and trims unavailable elsewhere in the manufacturer’s line-up and a list price well into six figures if not beyond.

Last year, Autocar reported that Mulliner was seeking to distance itself from Bentley with the launch of an "ultra-exclusive" new model, of which 10 examples would be sold. It was set to be unveiled at the end of last year but has yet to appear in any form.

The Bacalar will be revealed alongside the new Bentley Continental GT Mulliner Convertible, which has been modified by the firm's coachbuilding arm to include bespoke materials and design elements.

No, I can't say the concept or Autocars idea of what it's going to look like excite me, there a bit Gotham City, a bit like superhero transport.

These are inevitably going to end up in a garage and never see tarmac for the rest of their life as part of some extremely wealthy individual's "investment" or "collection". While I find that incredibly useless and a waste of resources, I'm happy that Bentley has found a way to relieve these mugs of their money. The money can then be invested into their R&D to build more of the cars that people will actually use and enjoy.

Why "A waste of resource"?

To me, a waste of resource is when people trade in their perfectly good 3-series and Astras after a couple of years for a new one.

Cars like this are a welcome sight (albeit brief in some cases), they showcase British craftsmanship and will generally still be going strong long after millions of repmobiles have been consigned to the crusher.

As usual, the naysayers dominate these pages with ill-informed bile and green-tinged drivel.

Baccala (pronounced Bacarla) is a putrid smelling salted cod fish in Italian and I will never forget the smell of it as a child when my Mother used to cook it.

Here's hoping the leather is not from said fish.